The condition in which the blood escapes from the circulatory system.

Bleeding, also known as hemorrhage or haemorrhage, is blood escaping from the circulatory system. Bleeding can occur internally, where blood leaks from blood vessels inside the body, or externally, either through a natural opening such as the mouth, nose, ear, urethra, vagina or anus, or through a break in the skin.

There are many possible causes of hemorrhage including:

Typically, a healthy person can endure a loss of 10–15% of the total blood volume without serious medical difficulties (by comparison, blood donation typically takes 8–10% of the donor's blood volume).

Bleeding consequences may be local or general. Locally, hematoma (pooling of blood) oppresses the surrounding structures, such as brain (epidural hematoma), heart (hemoperikard) and others. If hematoma occurs between the uterine wall and a membrane surrounding the embryo (subchorionic hematoma) it could lead to first trimester bleeding. Most patients with a small subchorionic hematoma are asymptomatic. Symptoms include vaginal bleeding, abdominal pain, premature labor and threatened abortion. In general bleeding, condition could lead to hypovolemia, ischemia (restriction in blood supply to tissues).

The stopping or controlling of bleeding is called hemostasis and is an important part of both first aid and surgery.

Pelvic adhesions are scar tissue growing between two organs located in pelvic area. Inflammation (such as endometriosis) and post-surgery inflammation or bleeding can lead to formation of adhesions due to increased inflammation during the healing process.

Sometimes the bleeding might be heavy enough to threaten the health or life of the woman. Usually, this degree of bleeding is due to delay in diagnosis, but sometimes, especially if the implantation is in the proximal tube (just before it enters the uterus), it may invade into the nearby Sampson artery (the anastomosis (connection) of the uterine artery and ovarian artery), causing heavy bleeding earlier than usual.

Uterine fibroids are benign tumours of the smooth muscle of the uterus. Fibrioids are commonly associated with menorrhagie that is defined as regular, cyclic menstrual flow with excessive volume and durations. Clinically, menorrhagia is defined as total blood loss exceeding 80 mL per cycle or menses lasting longer than 7 days.

The mechanism by which fibroids cause menorrhagia is not well understood. The blood supply to the fibroid is different compared to the surrounding endometrium (uterine lining) and is thought to function independently. This blood supply is greater than the endometrial supply and may have impeded venous return, causing pooling in the areas of the fibroid. Heavy pooling is thought to weaken the endometrium in that area, and breakthrough bleeding ensues. Secondary to heavy menstrual bleeding due to fibroids, women are more likely to develop iron deficiency anemia (a decrease in the total amount of red blood cells).

Fibroids located within the uterine wall may inhibit muscle contracture, thereby preventing normal uterine attempts at haemostasis. In many cases the fibroids increase the size and volume of the uterus and uterine lining with increased bleeding.
Submucosal fibroids (primarily projects into the endometrial cavity) may also present with bleeding between periods. This is especially prevalent with prolapsed submucous fibroids. Any woman with fibroids and intermenstrual bleeding must, however, have a pelvic examination and pap smear (a screening procedure for cervical cancer) to make sure an obvious cervical cancer is ruled out.

Haematospermia is defined as blood in the semen (Pic. 2). Among men age 40 or older, hematospermia is a slight predictor of cancer, typically prostate cancer. No specific cause is found in up to 70% of cases. 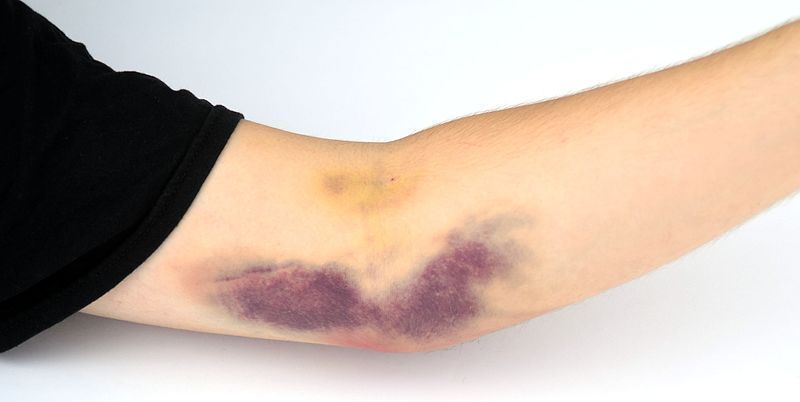 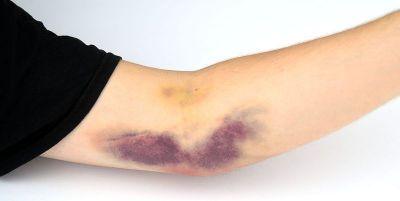 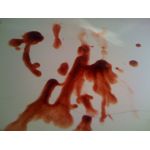