Abnormal levels of one of the gonadotropin hormones, LH and FSH.

About Hormonal imbalance of gonadotropins (LH and FSH)

The first half of the ovarian cycle is the follicular phase. Slowly rising levels of FSH and LH cause the growth of follicles (small pouches containing eggs) on the surface of the ovary. This process prepares the egg for ovulation. As the follicles grow, they begin releasing estrogens and a low level of progesterone. Just prior to the middle of the cycle (approximately day 14), the high level of estrogen causes FSH and especially LH to rise rapidly, then fall. The spike in LH causes ovulation: the most mature follicle ruptures and releases its egg. The follicles that did not rupture degenerate and their eggs are lost. The level of estrogen decreases when the extra follicles degenerate. Following ovulation, the ovarian cycle enters its luteal phase which runs from about day 15 to 28. The cells in the follicle undergo physical changes and produce a structure called a corpus luteum. The corpus luteum produces estrogen and progesterone. The progesterone facilitates the regrowth of the uterine lining and inhibits the release of further FSH and LH. The uterus is being prepared to accept a fertilized egg, should it occur during this cycle. The inhibition of FSH and LH prevents any further eggs and follicles from developing, while the progesterone is elevated. If no fertilized egg is implanted into the uterus, the corpus luteum degenerates and the levels of estrogen and progesterone decrease. The endometrium (the innermost lining of the uterine cavity) begins to degenerate as the progesterone levels drop, initiating the next menstrual cycle. The decrease in progesterone also allows the pituitary to release FSH and LH and starts the cycles again.

Hormonal imbalance of gonadotropins may be associated with several conditions, including:

Luteinized unruptured follicle syndrome, or LUFS, stands for the luteinisation of ovulatory follicle without releasing an oocyte (Pic. 2). As it is a disorder united with the start of so called luteal phase, it may be also characterized as luteal phase defect (LPD). It seems that LUFS is related to hormonal imbalance causing the detention of oocyte within the follicle even though the follicle itself transforms under LH (luteinizing hormone) influence into corpus luteum. The oocyte detention prohibits the conception, yet menstrual cycle is in any other aspect undergoing normally without any side effects. LUFS is observed in 10% of natural menstrual cycles in fertile women, but in stimulated cycles it is higher. The incidence of LUFS has been reported to be 25–43% in infertile women. Hormonal imbalance of gonadotropins is regarded as a possible risk factor for LUFS.

Polycystic ovaries develop when the ovaries are stimulated to produce excessive amounts of male hormones (androgens), in particular testosterone. The syndrome acquired its most widely used name due to the common sign on ultrasound examination of multiple (poly) ovarian cysts. These "cysts" are actually immature follicles not cysts. The follicles have developed from primordial follicles, but the development has stopped ("arrested") at an early stage due to the disturbed ovarian function.
Women with PCOS experience an increased frequency of hypothalamic GnRH pulses, which in turn results in an increase in the LH/FSH ratio. Luteinizing hormone levels are usually elevated, whereas follicle-stimulating hormone levels remain normal or can be decreased. In healthy premenopausal women, the LH:FSH ratio should be 1:1. In patients with polycystic ovary syndrome, it can be >2:1 or 3:1. 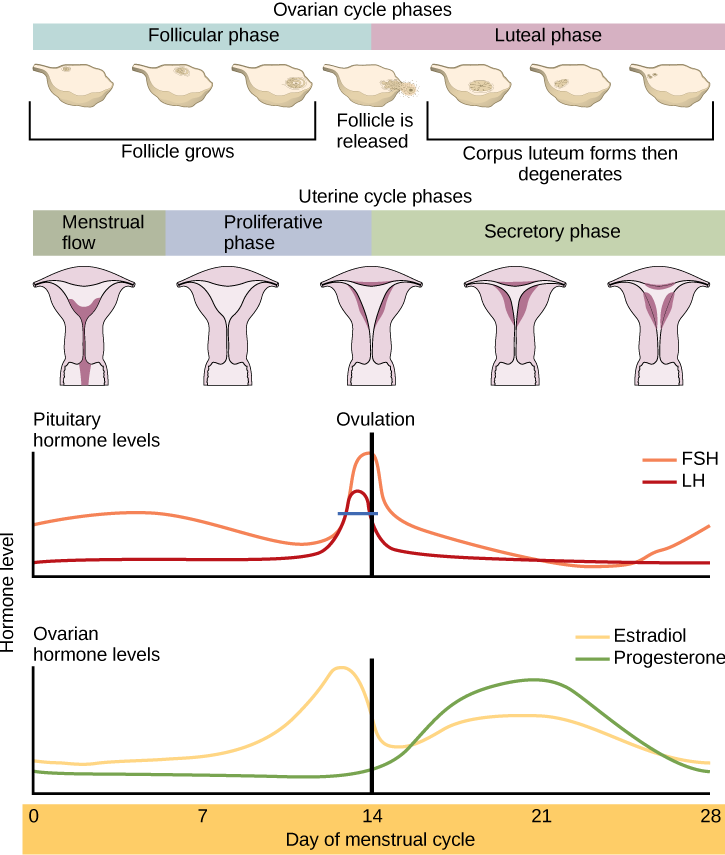 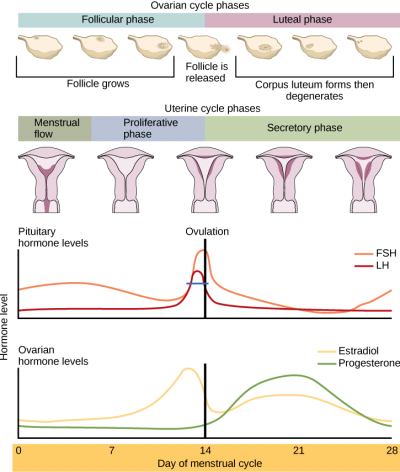 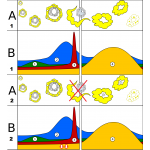