The involuntary leakage of urine.

Urinary incontinence is the involuntary loss of urine from the bladder. It is twice as common in women as in men. There are three main types of incontinence: stress continence, urge incontinence and overflow incontinence. Sometimes, a fourth type, called functional incontinence, is added.

Incontinence may be associated with several diseases including:

Pelvic floor dysfunction refers to a wide range of issues that occur when muscles of the pelvic floor are weak, tight, or there is an impairment of the sacroiliac joint, lower back, coccyx, or hip joints. Symptoms include pelvic pain, pressure, dyspareunia (painful sexual intercourse), incontinence, incomplete emptying, and gross organ protrusion. Tissues surrounding the pelvic organs may have increased or decreased sensitivity or irritation resulting in pelvic pain. When the tissues of pelvic floor do not sufficiently help to close the bladder, stress incontinence may manifest itself in situations with increased pressure in the bladder. In women, physical changes resulting from pregnancy, childbirth, and menopause often contribute to stress incontinence. The condition affects up to 50% of women.

Pelvic organ prolapse, or sometimes uterine prolapse, is characterized by descent of female genital organs beyond their normal anatomical confines, and is closely linked to dysfunction of the pelvic floor. The condition usually occurs when the pelvic floor collapses as a result of childbirth or heavy lifting which can tear soft tissues. Once the pelvic floor is weakened, the bladder also descends, allowing for stress incontinence in situations with increased intraabdominal pressure.

Enlarged prostate is a common cause of overflow incontinence in men. The compressed urethra
does not enable complete emptying of the bladder, leading to its distension with retained urine and subsequent leakage.

In women, large uterine fibroids may compress the urethra from outside and lead to overflow incontinence.

Among patients treated for endometrial cancer, more than half of them suffer from stress incontinence. It is probably caused by damage to pelvic floor by the curative surgery, or post-operative radiotherapy, or a combination of both therapeutic methods. 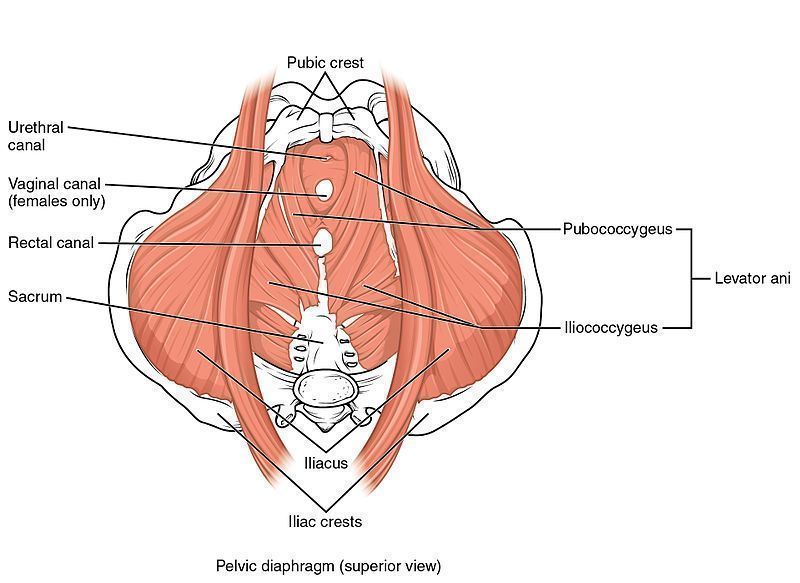 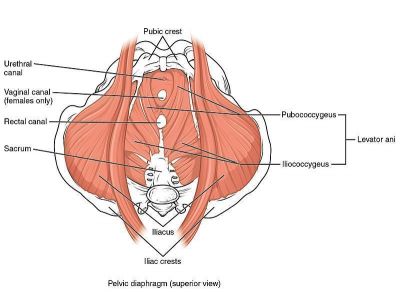 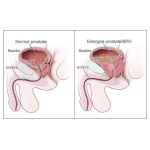