Local disturbance in blood circulation due to mechanical obstruction of the blood supply (vasoconstriction, thrombosis or embolism).

Arterial narrowing, even without total blockage, leads to restriction in blood supply, i. e. ischemia, of the tissue region “downstream” of the narrowed vessel. This leads to local hypoxia (i. e. lack of oxygen in the affected region) of the tissues. Tissues with high metabolic activity (e. g. cardiac muscle or brain tissue) are especially prone to the damage from hypoxia, which may even lead to severe irreversible impairment of function and cell death. Not only a lack of oxygen is damaging the tissue, but also a reduced availability of nutrients and inadequate removal of metabolic wastes play an important part. Death of a tissue caused by ischemia is called infarction.

The cause to a vessel narrowing can be various. This includes a spasm of an artery, compression (i. g. by a tumour, a cyst...), and obstruction (i. g. by a thrombus or an embolus). If the narrowing develops rapidly, the tissue doesn’t have enough time to adapt and gets quickly damaged. However, if the vessel narrows slowly and gradually, collaterals (i. e. a physiologic pathway of endogenous vessels that maintain residual blood flow to tissue regions distal to an arterial occlusion; Pic. 1) can develop, the tissue can adapt and the consequences don’t have to be so severe. There can be an atrophy (i. e. decrease of a mass of an organ or a tissue) of the tissue, but it doesn’t necessarily have to die completely.

In some cases, ischemia is a part of physiological processes. For example, spiral arteries of the endometrium contract when nidation hasn’t occurred - this leads to death of the outermost layer of the endometrium and the beginning of menstruation.

Clinical manifestation of ischemia depends on what part of the body is affected. Symptoms are a result of tissue starvation. Generally speaking, severe pain is one of the main (but not always present) symptoms.

Cardiac ischemia may be asymptomatic or may cause chest pain known as angina pectoris.

Most cases of acute limb ischemia involve patients with atherosclerotic problems. Symptoms are pain, pale appearance of the limb, abnormal sensations in the limb. Furthermore, the limb is cold and without pulse.

Atherosclerosis, also referred to as arteriosclerosis (Pic. 2), is a common cause of ischemia to a tissue, an organ or even a whole extremity. It is a cardiovascular disorder in which plaque gets deposited on inner walls of arteries which leads to narrowing and thickening of them. Such a state leads to many cardio related disorders like coronary heart disease, stroke, peripheral arterial disease, and chronic kidney disease. As atherosclerotic plates develop and grow, lumen of the affected artery narrows and blood supply gradually diminishes. On the other hand, a severe atherosclerotic plate doesn’t necessarily have to be very big and restrict blood flow chronically, but it can rupture, which then leads to a rapid thrombus (i. e. a blood clot) formation, arterial obstruction and acute ischemia of the affected tissue.

Atrial fibrillation is a risk factor to thrombi formation. Thrombi can then migrate through the blood flow and cause embolism (i. e. blockage of an artery by a material that has moved from elsewhere it the body through the bloodstream).

Early treatment is essential for the affected tissue to stay viable. Overall, delay is an important factor worsening the prognosis. Choice of treatment depends on several factors, e. g. what part of the body is affected, or how long the artery has been closed. Treatment options include injection of an anticoagulant (i. e. chemical substances that prevent or reduce coagulation of blood, prolonging the clotting time), thrombolysis (i. e. administration of a medicament that breaks down blood clots in vessels), embolectomy (i. e. surgical removal of the mass pluging the vessel), surgical bypass creation, or amputation.

Ischemia and the reproductive system

As mentioned earlier, ischemia of the endometrium plays an important part in the menstrual cycle. However, ischemia may also be associated with several diseases relating to the reproductive system including:

Testicular torsion (Pic. 3) is an emergency condition that happens when the spermatic cord twists and therefore the testicular blood supply is cut off. The testes require abundant blood flow for active spermatogenesis (i. e. a process by which spermatozoa, i. e. direct sperm precursor cells, develop in the testis from germ cells) and testosterone secretion. Therefore, blood flow interruption easily leads to spermatogenic disturbance.

It is the most common cause of acute scrotal pain in prepubertal and adolescent boys. Late presentation to hospital is the major cause of delay in diagnosis and mostly leads to orchidectomy (or orchiectomy, a surgical procedure in which one or both testes are removed) in such patients. Human testes occasionally survive up to 10 hours of torsion: however, viability is considerably reduced after 4 – 6 hours of ischemia.

Perinatal asphyxia is a lack of blood flow or gas exchange to or from the fetus in the period immediately before, during, or after the birth process. It can occur due to maternal hemodynamic compromise (amniotic fluid embolus), uterine condition (uterine rupture), or placenta and umbilical cord (placental abruption, umbilical cord knot or compression) and infection. When placental (prenatal) or pulmonary (immediate post-natal) gas exchange is compromised or ceases altogether, there is partial or complete lack of oxygen to the vital organs. If the hypoxemia is severe enough, the tissues and vital organs will develop an oxygen debt. Neonatal hypoxic-ischemic encephalopathy refers specifically to the neurologic sequelae of perinatal asphyxia. The mechanismus underlying hypoxic-ischemic brain injury are yet to be fully understood. Hypothermia is used as a neuroprotective treatment in affected newborns. 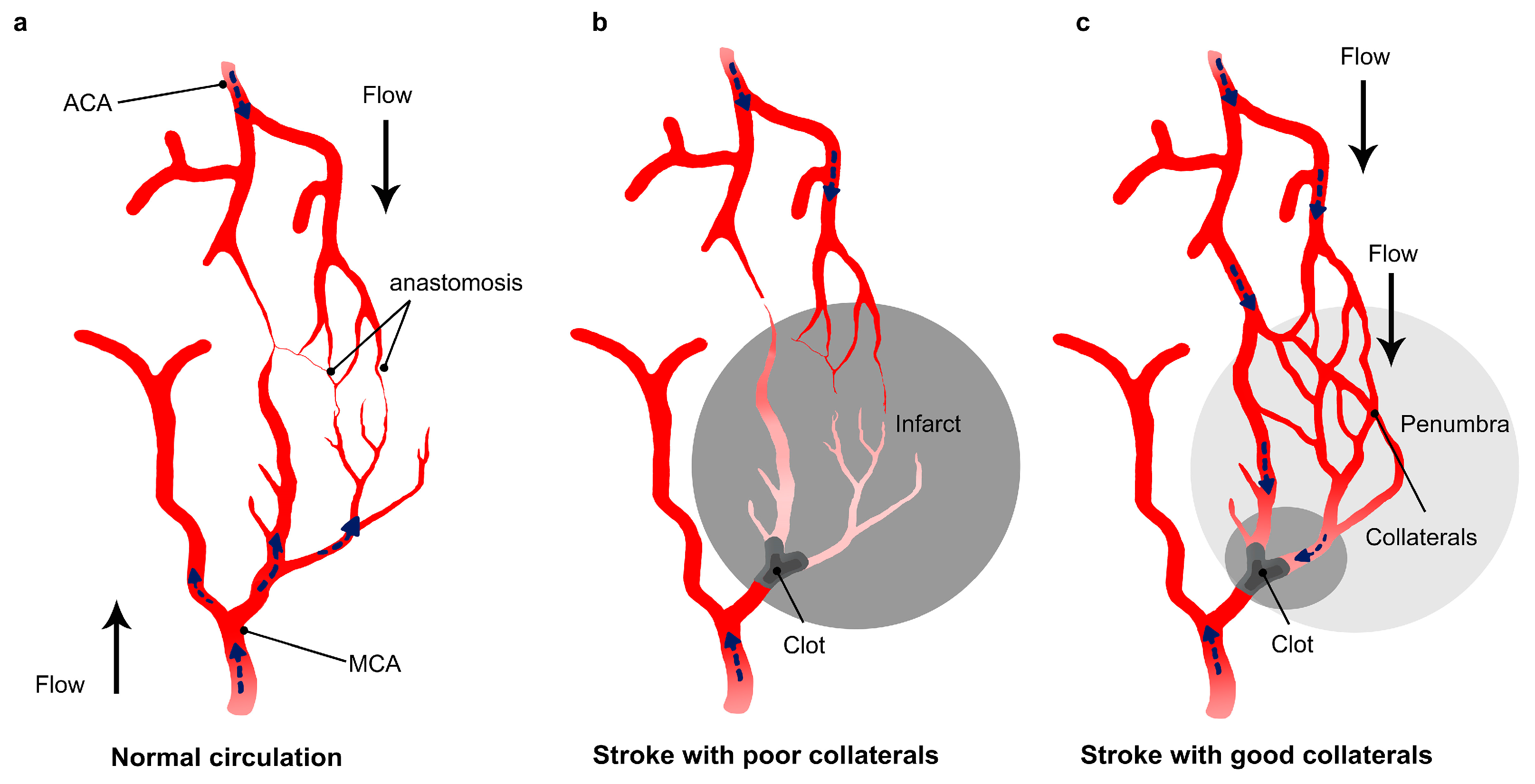 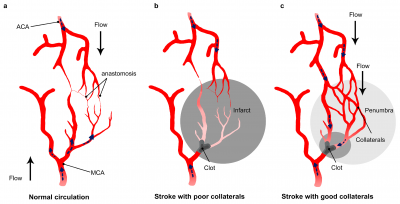 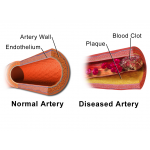 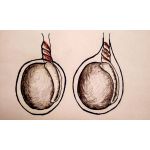