The growth of androgenic hair is related to the level of androgens (often referred to as male hormones; due to the production levels in males being higher on average, but it is actually present in both sexes, and therefore is a unisex hormone) in the individual.

From childhood onward, regardless of sex, hair covers almost the entire area of the human body. The density of hair – i.e. the number of hair follicles per unit area of skin – varies from person to person.

In the later decades of life, especially after the 5th decade, there begins a noticeable reduction in body hair especially in the legs. The reason for this is not known but it could be due to poorer circulation, lower free circulating hormone amounts or other reasons.

Lower amount of body and facial hair in men can accompany sever disorders such as Klinefelter syndrome, hypogonadotropic hypogonadism and XX male syndrome. Others are Noonan syndrome and sometimes sparse body hair can be seen in men with azoospermia.

The term Klinefelter syndrome (KS) describes a group of chromosomal disorder in which there is at least one extra X chromosome to a normal male karyotype, 46,XY. Many 47,XXY boys appear to enter puberty normally with a tendency for testosterone concentrations to decline at late adolescence and early adulthood. With a decrease in androgen production, secondary sexual characteristics do not completely develop, and features of eunuchoidism ( lack of fully developed reproductive organs and the manifestation of certain female) and gynecomastia (increase in the size of male breast tissue) can develop. This also results in sparse facial, body, and sexual hair.

Hypogonadism means diminished functional activity of the gonads—the testes in males or the ovaries in females—that may result in diminished sex hormone biosynthesis. Typical gonadal-related features which result from lower amount of testosterone are small and soft testis, small size penis and reduced body hair.

A person with XX male syndrom has chromosome composition of 46,XX which correspondents to female. At development of embryo, the SRY gene, which is responsible for production of SRY protein that binds to DNA and directs the development of the gonad into testes and is located on Y chromosome is misplaced on female X chromosome. People with this disorder have male external genitalia. They are typically raised as males but at puberty some of them require the male sex hormone testosterone due to lack of it. The development of male secondary sex characterics such as facial hair is decreased. 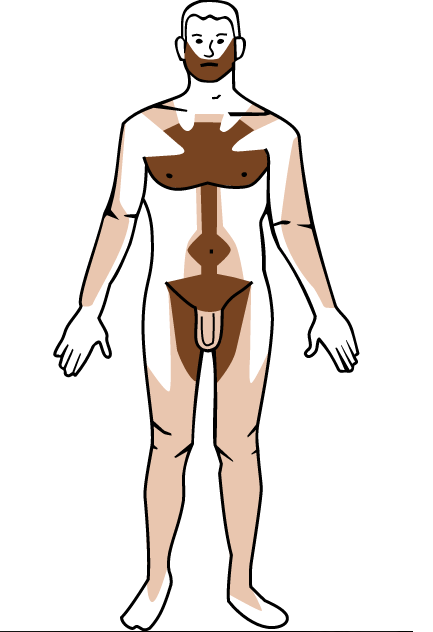 Decreased functional activity of the gonads, with retardation sexual development, associated with high levels of hormones that stimulate the gonads. 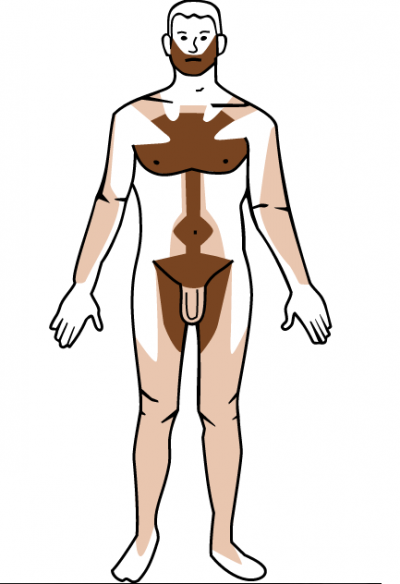