Low-grade fever is a continuous or fluctuating low fever, typically defined as never exceeding 38.5 degrees Celsius (about 101 degrees Fahrenheit). Febricula is an old term for a low fever. It is a non-specific finding, but occurs in many diseases, ranging from infectious (viral diseases or infectious endocarditis) to autoimmune to malignant causes.

A fever is an inflammatory response that extends beyond the site of infection and affects the entire body, resulting in an overall increase in body temperature. Body temperature is normally regulated and maintained by the hypothalamus, an anatomical section of the brain that functions to maintain homeostasis (steady state) in the body.

However, certain diseases can result in the production of pyrogens, chemicals that effectively alter the “thermostat setting” of the hypothalamus to elevate body temperature and cause fever (Pic. 1). Pyrogens may be exogenous or endogenous. For example, the endotoxin lipopolysaccharide (LPS), produced by gram-negative bacteria, is an exogenous pyrogen that may induce the leukocytes (white blood cells) to release endogenous pyrogens such as interleukin-1 (IL-1), IL-6, interferon-γ (IFN-γ), and tumor necrosis factor (TNF). In a cascading effect, these molecules can then lead to the release of prostaglandin E2 (PGE2) from other cells, resetting the hypothalamus to initiate fever.

Low-grade fever may be associated with many diseases, including:

Testicular torsion is an urologic emergency that needs immediate attention and treatment. The rotation of the spermatic cord leads to venous and arterial blood flow compromise, which results in ischemia (insufficient blood supply) in about 6–24 hours. Testicular torsion usually presents with sudden, severe, testicular pain (in groin and lower abdomen) and tenderness. There is often associated nausea and vomiting. Testicular torsion, or more probably impending testicular infarction (tissue death due to ischemia), can also produce a low-grade fever.

A typical systemic manifestation of lymphomas, of both Hodgkin and non-Hodgkin type, are so-called B-symptoms. They consist of low-grade fevers (or, less commonly, fevers), night sweats and weight loss. Lymphomas are among the most common tumorous causes of low-grade fever. 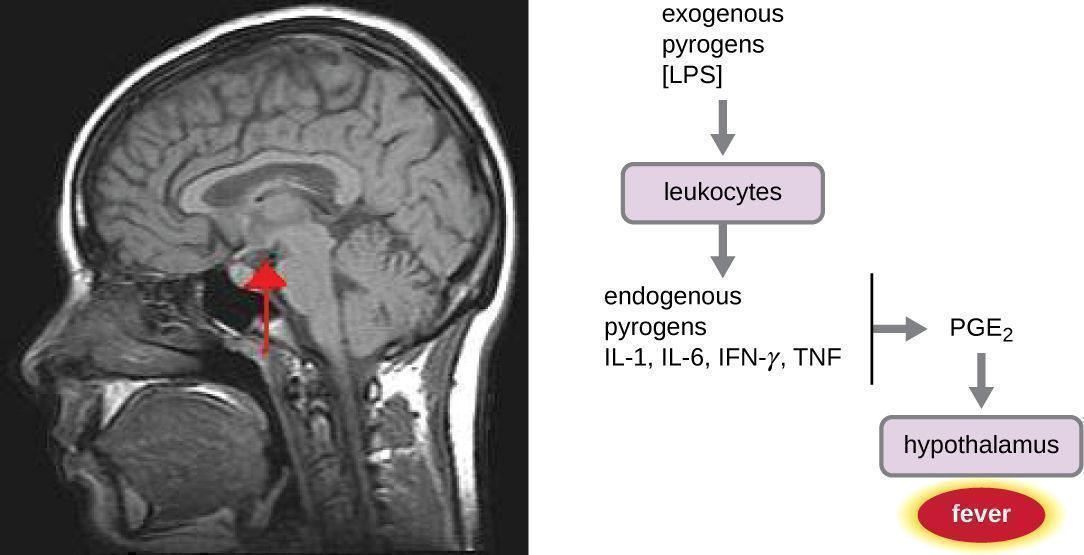 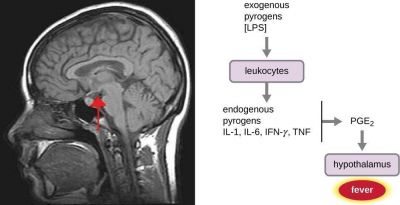