A condition in which a man has an unusually low ejaculate (or semen) volume, less than 1.5 ml.

Low semen volume is a condition in which men ejaculate less than 1.5 ml of ejaculate during orgasm. Normal ejaculate (Pic. 1) when a man is not drained from prior sex and is suitably aroused, is around 1.5-6 ml, although this varies greatly with mood, physical condition and sexual activity. WHO (World Health Organization) regards 1.5 ml as the lower reference limit. It is necessary to wait at least 48 hours after the last ejaculation to collect a sample to have significant result. It is normal for the amount of semen to diminish with age.

Around 1% of ejaculate by volume is sperm cells. It should not be confused with oligospermia, which means low sperm count. Ejaculate consist of several other components which are added to sperms during the process of ejaculation. Sperms pass through the ejaculatory ducts and mix with fluids from the seminal vesicles, the prostate, and the bulbourethral glands to form the semen. The accessory genital ducts, the seminal vesicle, prostate glands, and the bulbourethral glands, produce most of the seminal fluid. The seminal vesicles produce a yellowish viscous fluid rich in fructose and other substances.

Low semen volume is associated with several conditions of reproductive system such as obstructive azoospermia (refers to no sperm in a man's semen), undescended testes and anejaculation.

In clinical practice, a volume of less than 2 mL in the setting of infertility and absent sperm should prompt an evaluation for obstructive azoospermia. Low-volume azoospermic semen specimens may be caused by hypogonadism (low testosterone levels), ejaculatory duct obstruction, or seminal vesicle absence or hypofunction.

Patients with bilateral ejaculatory duct obstruction (a congenital or acquired pathological condition which is characterized by the obstruction of one or both ejaculatory ducts) and those with congenital bilateral absence (a condition in which the vasa deferentia reproductive organs, fail to form properly prior to birth) of the vas deferens produce low-volume, acidic (semen with lower pH), and azoospermic semen specimens.

Anejaculation is defined as the complete absence of antegrade (forward) or retrograde ejaculation (backward). It is caused by failure of emission of semen from the prostate and seminal ducts into the urethra. Without the component of sperms, the ejaculate has lower volume.

Other conditions associated with low semen volume include thyroid disorders and congenital Kallmann syndrome (a rare genetic condition that is characterized by a failure to start or a failure to complete puberty) and Klinefelter syndrome (the set of symptoms that result from two or more X chromosomes in males). Sometimes the cause is unknown than we talk about idiopathic male infertility caused by low semen volume.

Overall, semen volume has a minimal effect on spermatozoon fertilizing potential. However, semen volume determination can aid in the identification of abnormal semen etiology by providing a measurable parameter.

Low semen volume itself does not cause severe infertility problems. However, combination of hypospermia with oligoozoospermia (low sperm count in semen) negatively affects the chance to conceive naturally. 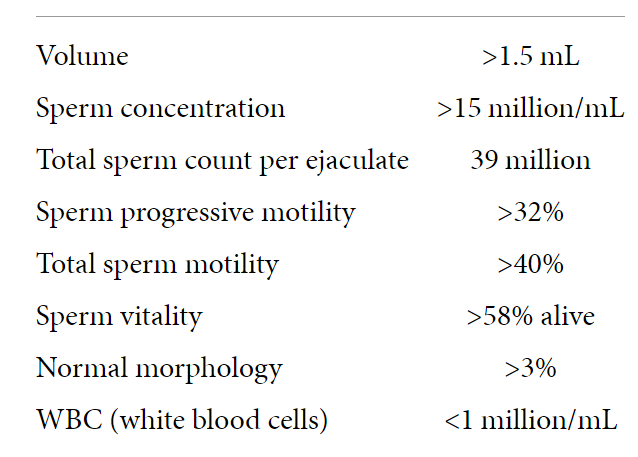 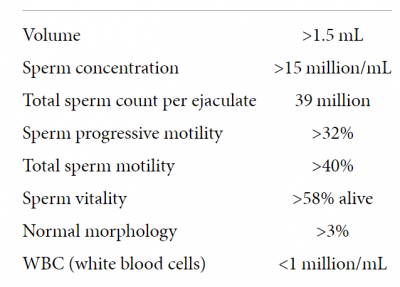