Potential health effects of age at menarche have received a great deal of attention. Earlier menarche (<12 yrs) has been linked to several adverse health consequences in later life (Pic. 1), such as breast cancer, type 2 diabetes, and cardiovascular diseases. Moreover, early menarche has been related to anxiety symptoms, depression, premature intercourse and violent behavior. In addition, earlier menarche has been associated with adverse pregnancy outcomes, such as ectopic pregnancies, miscarriage, and low birth weight. Late menarche (by 3 years after breast development or by 16) is associated with osteoporosis and increased fracture risk.

From both social and medical perspectives, it is often considered the central event of female puberty, as it signals the possibility of fertility. Onset of puberty occurs after reactivation of the hypothalamic Gonadotropin-Releasing Hormone (GnRH) secretory system (Pic. 2). The GnRH secretory network initially develops and is temporarily active during fetal and neonatal life and early infancy, i.e. during the first 6 months of life, the so-called 'mini-puberty'. These early periods of GnRH activation may be important for masculinisation (in males) or feminisation (in females) of the brain.

At puberty, the pulsatile GnRH secretion and the subsequent episodic pituitary gonadotropin secretion, which is necessary for normal gonadal development and function, is triggered by the activation of the GnRH pulse generator.
Age at menarche (Pic. 3) is influenced by several factors. Evidence for hereditary influences on the age at menarche comes from studies that show a trend for maternal age at menarche to predict daughter's age at menarche. Besides genetics, menarche is also influenced by socioeconomic and environmental factors. Race, BMI (body mass index), geography, nutritional habits, exercise all have been shown to influence menarcheal age.

Menarche may be associated with several diseases including:

Multiple studies confirm that early menarche is a risk marker for breast cancer. This predisposition is enhanced by the observation that earlier onset of menarche is accompanied by abdominal-type obesity and thus higher circulating levels of insulin, testosterone and insulin- like growth factor 1, which in turn promote mammary gland cancer.

Later menarche may reflect unhealthy medical conditions such as polycystic ovary syndrome (PCOS). Women with PCOS also have metabolic problems, which may increase the risk of preterm birth. 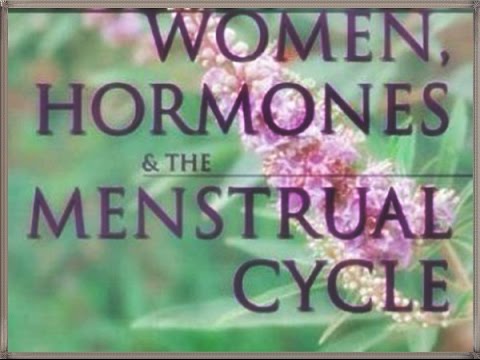 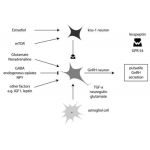 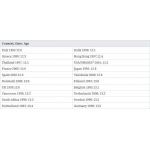