Milky discharge from the breast

About Milky discharge from the breast

The condition of milky discharge from the breast, unassociated with childbirth or breastfeeding, is known as galactorrhea. This condition has many causes, some of which are associated with hormone level changes and have significant effects on the function of sex glands and fertility. Although it mostly occurs in women, including those who have never been pregnant, it can occur in men too.

Nipple stimulation, certain medications' side effects, chest wall irritation, sexual intercourse or even certain foods (such as licorice) may all cause galactorrhea. No obvious cause is found in up to 50% of cases, and the condition may resolve on its own. However, galactorrhea with a hormonal cause is often a sign of an underlying problem and requires medical attention.

Hyperprolactinaemia or hyperprolactinemia is the presence of abnormally high levels of prolactin in the blood. Prolactin is produced and secreted by the pituitary gland, and its elevated levels can be caused either by excessive production, or by impaired inhibition of the production.

The most common cause of excessive prolactin secretion are adenomas, benign tumours of the pituitary, which contain cells secreting prolactin and are therefore called prolactinomas (Pic. 1). These tumours can be found in both men and women and may cause galactorrhea as their first presenting symptom, often in women who have never been pregnant.

Decreased inhibition of prolactin production, which is physiologically carried out by the hormone dopamine, is a common side effect of antidopaminergic (blocking the effect of dopamine) drugs, such as antipsychotics (Pic. 2), used to treat schizophrenia and other psychiatric disorders, or prokinetics, used to treat nausea and gastro-oesophageal reflux. Less commonly, other drug classes, such as opiates, H2-antagonists (especially cimetidine) or antidepressants may also cause hyperprolactinemia.

Primary hypothyroidism, the condition of low thyroid hormones due to a dysfunction of the thyroid gland, is a possible cause of galactorrhea. Due to negative feedback mechanism, high levels of TRH (thyreotropin-releasing hormone) are released from the hypothalamus, and stimulate also the production and secretion of prolactin, leading eventually to hyperprolactinemia and milk discharge from the breasts. (Pic. 3)

When galactorrhea is caused by underlying hyperprolactinemia, it is associated with conditions significantly affecting the function of sex glands, and therefore also fertility:

High levels of prolactin inhibit the secretion of GnRH (gonadotropin-releasing hormone) from hypothalamus, which normally stimulates the pituitary and subsequently the sex glands into production of sex hormones. When GnRH is low, the sex glands lack hormonal stimulation and do not produce sufficient quantities of sex hormones. This state, characterised by decreased sex gland function and infertility, is called hypogonadism.

In women, a high blood level of prolactin often causes hypoestrogenism (low levels of estrogen) with anovulatory infertility (no eggs cells are released) and a decrease in menstruation. In some women, menstruation may disappear altogether (amenorrhoea). In others, menstruation may become irregular or menstrual flow may change. Women who are not pregnant or nursing may begin producing breast milk. Some women may experience a loss of libido (interest in sex) and breast pain, especially when prolactin levels begin to rise for the first time, as the hormone promotes tissue changes in the breast. Intercourse may become difficult or painful because of vaginal dryness. Because of hypoestrogenism and hypoandrogenism, hyperprolactinaemia can lead to osteoporosis (increasing weakness of bones).

In men, the most common symptoms of hyperprolactinaemia are decreased libido, sexual dysfunction (in both men and women), erectile dysfunction, infertility, and gynecomastia (enlargement of breasts in men). Because men have no reliable indicator such as menstruation to signal a problem, many men with hyperprolactinaemia being caused by a pituitary adenoma may delay going to the doctor until they have headaches or eye problems caused by the enlarged pituitary pressing against the adjacent optic nerves. They may not recognize a gradual loss of sexual function or libido. Only after treatment do some men realize they had a problem with sexual function. 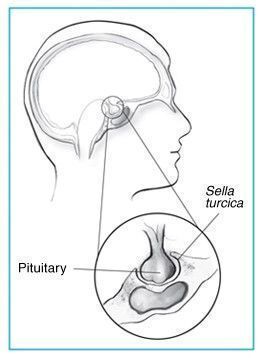 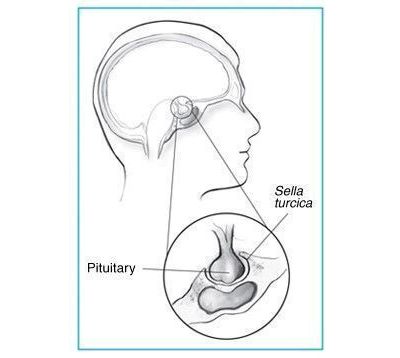 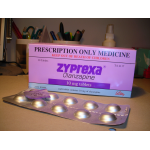 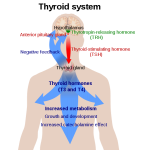