Body weight that's greater than what is considered healthy for a certain height.

Overweight is having more body fat than is optimally healthy. Being overweight is common especially where food supplies are plentiful and lifestyles are sedentary.

A healthy body requires a minimum amount of fat for proper functioning of the hormonal, reproductive, and immune systems, as thermal insulation, as shock absorption for sensitive areas, and as energy for future use. But the accumulation of too much storage fat can impair movement, flexibility, and alter appearance of the body.

Obesity and excess weight increases hyperandrogenism (androgen excess, such as testosterone), hirsutism (excessive terminal hair growth in a masculine distribution pattern in women), insulin resistance, infertility and pregnancy complications. In overweight and obesity, the excess of adipose tissue increases conversion of androstenedione into estrone, an estrogen. Higher levels of estrone in the blood cause less or no ovulation and expose the endometrium to continuously high levels of estrogens. Obesity also causes less estrogen to be removed from the blood. The result is elevated levels of estrogen in the blood.

In general populations, obesity and insulin resistance further increase type 2 diabetes and cardiovascular disease. Excess weight independently exacerbates infertility and reduces effectiveness of interventions. Maternal and foetal pregnancy risks are greater and long-term metabolic outcomes in the child are related to maternal weight at conception. Consistent with international guidelines, women who are overweight prior to conception should be advised on folate, smoking cessation, weight loss and optimal exercise, prior to additional interventions.

Men are at increased risk of obesity-related ill health (e.g., type 2 diabetes, hypertension, dyslipidemia (an abnormal amount of lipids in the blood), cardiovascular disease, osteoarthritis and some cancers), but are less likely than women to attempt to lose weight or take part in organised weight management programmes.

The usual treatments for overweight individuals is diet and physical exercise. Dietitians generally recommend eating several balanced meals dispersed through the day, with a combination of progressive, primarily aerobic, physical exercise. Because these general treatments help most case of obesity, they are common in all levels of overweight individuals.

An anovulatory cycle is a menstrual cycle during which the ovaries do not release an oocyte. Anovulation in overweight women results from excess estrogen and androgen (such as testosterone) which causes decreased level of progesterone. As a result, the follicle-stimulating hormone (FSH) and luteinizing hormone (LH) levels are decreased and ovulation doesn´t occur.

Polycystic ovary disease (PCOS) is a hormonal imbalance in women that is thought to be one of the leading causes of female infertility. Importantly, PCOS has unique interactions with the ever increasing obesity prevalence worldwide as obesity-induced insulin resistance significantly exacerbates all the features of PCOS. In those with PCOS and infertility, 90% are overweight. PCOS which also causes irregular or no ovulation, is associated with higher rates of endometrial cancer for the same reasons as obesity.

The generally accepted view is that being overweight causes similar health problems to obesity, but to a lesser degree. Obesity is associated with higher levels of estrogens. Estrogen suppresses hypothalamic-pituitary-gonadal axis (the hypothalamus, pituitary gland, and gonadal glands) which causes lower levels of follicle-stimulating hormone (FSH) and/or luteinizing hormone (LH) and lowered levels of androgens (such as testosterone). Symptoms of the condition in women may consist of menstrual irregularities, amenorrhea, abnormal vaginal bleeding, and enlargement of the uterus and breasts.

Turner syndrome, also known as 45,X, is a condition in which a female is partly or completely missing an X chromosome. Increased weight is one of the symptoms of Turner syndrome.

Azoospermia is defined as the absence of sperm in at least two different ejaculate samples (including the centrifuged sediment). Being overweight increases the risk of azoospermia. Overweight causes excess seminal levels of insulin and leptin hormone. Insulin and leptin are known mediators and modulators of the hypothalamus-pituitary-testes axis, contributing to the regulation of male reproductive potential and overall wellbeing. These hormones are also present in semen influencing sperm functions.

Ejaculatory disorders are defined as the inability of a man to attain and maintain an adequate erection for satisfactory sexual intercourse. It is frequently found in the elderly because it is associated with the same underlying risk factors as vascular disease and includes high blood pressure, diabetes mellitus, hyperlipidemia (higher levels of lipids), smoking, and obesity which are common during aging.

Overweight women have estrogen excess. Estrogen suppresses hypothalamic-pituitary-gonadal axis which causes lower levels of follicle-stimulating hormone (FSH) and/or luteinizing hormone (LH) and lowered levels of androgens (such as testosterone). Symptoms of the condition in women may consist of menstrual irregularities. 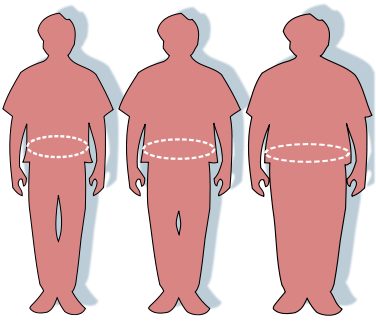 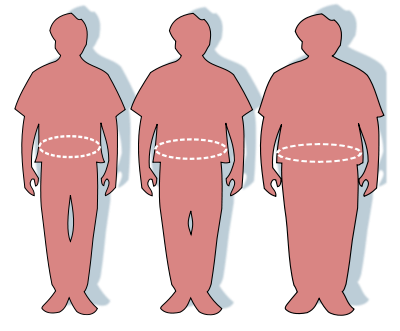 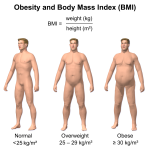