Painful ejaculation, also called odynorgasmia, or in males also dysorgasmia or orgasmalgia (both terms refer to painful orgasm in general), is a painful or burning sensation of the penis, scrotum or the perineum (the area between the scrotum and the anus) following an ejaculation.

The pain may originate in any anatomical structure involved in the ejaculation (the epididymis, ductus deferens, ejaculatory duct, or urethra, Pic. 1) and may radiate to surrounding regions, for example the anus or lower abdomen.

The pain or burning sensation is caused by irritation of the genital tract, most commonly due to inflammation, a physical obstacle in the tract, or nerve irritation. Painful ejaculation may significantly impair the quality of the patient’s sex life and lead to sexual dissatisfaction. Furthermore, the cause of the pain may also lead to serious health complications.

Painful ejaculation may be associated with several conditions, including:

Epididymitis is a medical condition characterized by discomfort or pain of the epididymis, a convoluted tube at the back of the testicle in which sperm matures and is stored. The acute form of epididymitis usually develops over the course of several days, with pain and swelling frequently in only one testis, which will hang low in the scrotum. There will often be a recent history of dysuria (painful urination) or urethral discharge. Fever is also a common symptom. In chronic epididymitis, the patient may feel pain upon palpation and the epididymis might be indurated (hardened), but it does not have to be asymmetrically enlarged. Chlamydia infection is responsible for 40–80% of epididymitis. These men can subsequently develop orchitis (testicular inflammation) and prostatitis (prostate inflammation), which can lead to canalicular system damage, testicular atrophy, and obstructive azoospermia (OA, the medical condition of a man whose semen contains no sperm because of a physical obstruction of the genital tract). In addition to the obstructive component, the epididymis plays a crucial role in sperm functional maturation, and C. trachomatis infection may negatively impact sperm function.

Prostatitis is an inflammation of the prostate gland. It is most commonly caused by bacteria that also cause urinary tract infections, mainly Escherichia coli. However, in younger men, it may be caused by sexually transmitted infections. The symptoms of prostatitis may resemble those of urinary tract infection, with frequent and/or painful urination, burning sensation during urination, lower back pain, pelvic pain and urinary retention. In acute prostatitis, fever and chills are common. Pain following an ejaculation is typical for prostatitis.

Poor semen quality may be the most common cause of male infertility, and there is a general consensus that reduced fertility and poorer semen quality may be the result of male accessory gland infection, including prostatitis. Studies have shown that the pathogenic bacteria, leukocytes, cytokines and reactive oxygen species (ROS) might be the primary mechanisms of infertility resulting from male accessory gland infection, and broad-spectrum treatment could reduce the density of leukocytes in semen and improve the ejaculates quality.

Urethritis is an inflammation of the urethra. The majority of infectious urethritis cases in men is caused by sexually transmitted diseases, which may be gonococcal (gonorrhea) or non-gonococcal (chlamydia). These diseases are characterized by urethral inflammation in the form of discharge, dysuria, and burning upon urination. Few days later, purulent and bloody discharge may be present. Pain following ejaculation, particularly felt in the penis, is also associated with urethritis. However, the patient may be asymptomatic in some cases leading to a carrier state. Urethritis caused by sexually-transmitted organisms may eventually lead to impaired male fertility, if left untreated. The infection may spread to the genital tract and cause inflammation and scarring, which may damage the testicles or obstruct the genital tract.

Prostatic carcinoma (Pic. 2), the most common type of prostate cancer and the most common type of malignant tumor in men, is usually asymptomatic for a long time. When symptoms appear, the tumor is usually already advanced or metastasized. However, common symptoms include urinary retention, changes in bladder habits, incontinence, hematuria (blood in the urine), hematospermia (blood in the semen) and painful ejaculation. The treatment of prostate cancer significantly reduces male fertility. Surgical removal of a prostate leads to dry orgasms, with no semen ejaculated. Radiotherapy and hormonal therapy, commonly used in the treatment of prostate cancer, drastically reduce the number of sperm cells in the semen and the amount of semen in general. Therefore, the treatment frequently results in infertility.

Antidepressants (Pic. 3) are drugs used for the treatment of major depressive disorder and other conditions. A common class of side-effects of many classes of antidepressants (including tricyclic antidepressants, selective serotonin reuptake inhibitors, monoamine oxidase inhibitors and others) are sexual dysfunctions, including painful ejaculation. 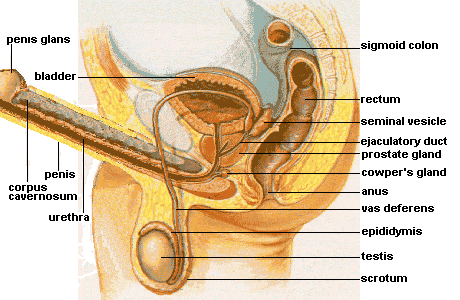 A tube that connects the urinary bladder to the urinary meatus for the removal of fluids from the body. 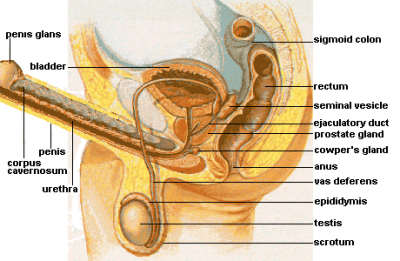 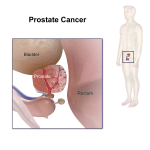 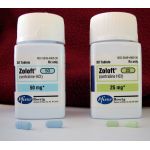