Preterm birth is birth of the baby before 37 completed weeks of gestational age (Pic. 1). These babies are known as preemies or premmies (Pic. 2). Symptoms of preterm labor include uterine contractions which occur more often than every ten minutes or the leaking of fluid from the vagina.

The preterm infant causes significant health consequences (Pic. 3) to the infant and economic costs for families and communities. About 75% of perinatal deaths and 50% of neurological abnormalities are directly related to preterm. The main resulting morbidities are neurosensory deficits (blindness, deafness), intraventricular hemorrhage (bleeding into the brain's ventricular system), necrotizing enter colitis (portions of the bowel undergo tissue death), and delay in physical and mental development.

In the normal human fetus, several organ systems mature between 34 and 37 weeks, and the fetus reaches adequate maturity by the end of this period. One of the main organs greatly affected by premature birth is the lungs (Pic. 4). The lungs are one of the last organs to mature in the womb; because of this, many premature babies spend the first days/weeks of their life on a ventilator. Preterm babies born near 37 weeks often have no problems relating to prematurity if their lungs have developed adequate surfactant, which allows the lungs to remain expanded between breaths. Sequelae of prematurity can be reduced to a small extent by using drugs to accelerate maturation of the fetus, and to a greater extent by preventing preterm birth.

The major risk factor of preterm delivery was absence or inadequate prenatal care, low monthly income, no contraceptive use, cesarean delivery, and clinical complications during pregnancy. Other factors contributed to the overall rise in the incidence of preterm delivery include increased use of assisted reproduction techniques (ART), increasing rates of multiple births, and more obstetric intervention.

A helpful clinical test should predict a high risk for preterm birth during the early and middle part of the third trimester, when their impact is significant. Many women experience false labor (not leading to cervical shortening and effacement) and are falsely labeled to be in preterm labor. The study of preterm birth has been hampered by the difficulty in distinguishing between "true" preterm labor and false labor. These new tests are used to identify women at risk for preterm birth.

Advances in prenatal and neonatal care, i.e. the care of ill or premature newborn infants (Pic. 5), have improved the survival for preterm infants but those infants who do survive have a greater risk of developmental disabilities, health, and growth problems than infants born at full term.

About 75% of nearly a million deaths due to preterm deliver would survive if provided warmth, breastfeeding, treatments for infection, and breathing support. If a baby has cardiac arrest at birth and is before 23 weeks or less than 400 gms attempts at resuscitation are not indicated. In those with a high risk of a poor outcome the parents wishes should generally be followed.

The chance of survival at less than 23 weeks is close to zero, while at 23 weeks it is 15%, 24 weeks 55% and 25 weeks about 80%. The chances of survival without long term difficulties is less. In the developed world overall survival is about 90% while in low income countries survival rates are about 10%.

Adenomyosis is a medical condition characterized by the presence of ectopic glandular tissue found in the muscular wall of the uterus (myometria).

Cervical cerclage, also known as a cervical stitch, is a treatment for cervical incompetence or insufficiency, when the cervix starts to shorten and open too early during a pregnancy causing either a late miscarriage or preterm birth. Usually the treatment is done in the second trimester of pregnancy, for a woman who had either one or more late miscarriages in the past. In women with a prior spontaneous preterm birth and who are pregnant with one baby, and have shortening of the cervical length less than 25 mm, a cerclage prevents a preterm birth and reduces death and illness in the baby.

An association between uterine anomalies and preterm birth is associated through the diminished muscle mass and plays an important role in the mechanism of preterm delivery.

The condition is refered when both Müllerian ducts develop but fail to fuse, thus the woman has a "double uterus". It is possible to have a normal pregnancy but there is an increased risk of premature birth or miscarriage. 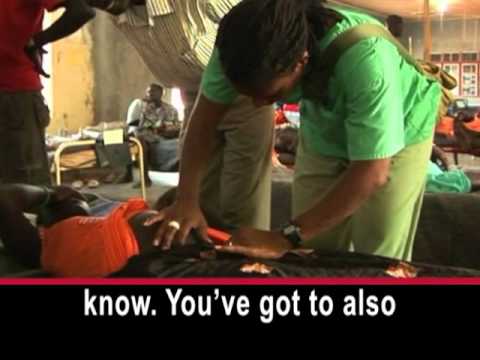 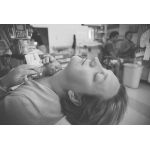 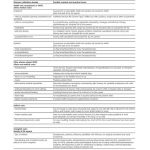 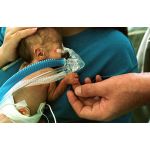 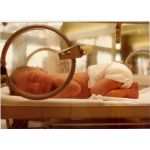