Recurrent miscarriages (RM) are clinically detectable pregnancies that fail to progress. They are common pregnancy complications that affects 15–20 % of couples. It is a common obstetric health concern that affects around 5 % of women at the reproductive age.

Over the years, evidence-based treatments such as surgical correction of uterine anomalies or aspirin and heparin for antiphospholipid syndrome have improved the outcomes for couples with recurrent pregnancy loss. However, almost half of the cases remain unexplained and are empirically treated using progesterone supplementation, anticoagulation, and/or immunomodulatory treatments.

Regardless of the cause, the long-term prognosis of couples with recurrent pregnancy loss is good, and most eventually achieve a healthy live birth. However, multiple pregnancy losses can have a significant psychological toll on affected couples, and many efforts are being made to improve treatments and decrease the time needed to achieve a successful pregnancy.

Recurrent miscarriage may be associated with several diseases including:

Systemic lupus erythematosus (SLE) is a common autoimmune disease and predominantly affects fertile women. The relationship of SLE with pregnancy is complex. One concern is about the impact of SLE on pregnancy. Some previous studies indicated that pregnant women with SLE are at a higher risk of adverse pregnancy outcomes. SLE disease activity in the six months before pregnancy is significantly associated with lupus flare and fetal loss. Pregnant women with SLE are high-risk patients, however, the outcome of pregnancy with SLE might be relatively good. The other important concern is the impact of pregnancy on SLE. The Hopkins Lupus Pregnancy Centre’s (a joint partnership of high-risk obstetricians and rheumatologists) experiences showed that lupus flare occurred in 60% of the pregnancies. Other studies reported relatively lower flare rates and even unchanged condition during pregnancy.

In 25–30% of females, fibroids are diagnosed. Although the pathogenesis is not completely understood, we do know that myomas are hormone dependent and are derived from individual myoma cells and not from a metastatic process. Myomas are the most common benign solid tumours of the female genital tract. Although often asymptomatic, they may cause menorrhagia (a menstrual period with excessively heavy flow), metrorrhagia (uterine bleeding at irregular intervals), infertility, pain, pressure symptoms haemorrhage (any profuse internal or external bleeding from the blood vessels), and repeated abortions. Whereas open abdominal myomectomy results in limited morbidity, similar to that with hysterectomy, laparoscopic myomectomy has resulted in remarkable advantages for the patient in medical, social, and economic terms, with less postoperative pain and shorter recovery time.

Mumps is a viral disease caused by the mumps virus. Initial signs and symptoms often include fever, muscle pain, headache, and feeling tired. Studies have reached differing conclusions regarding whether or not infection with the mumps virus during pregnancy leads to an increased rate of spontaneous abortion.

Uterine malformation in general population is around 7% - 8%. Abnormal fusion of the para-mesonephric duct (mullerian duct) during embryonic life results in a variety of congenital uterine malformations, such as uterus didelphys, uterus bicornis bicollis, uterus bicornis unicollis, uterus subseptae, uterus arcuatus, uterus unicornis. The bicornuate uterus accounts for approximately 10% of the mullerian anomalies. Women with bicornuate uterus have no extra uterine infertility issues. The uterine malformations are known to be associated with spontaneous miscarriages, intrauterine growth restriction, preterm deliveries, preterm pre-labour rupture of membranes, breech presentation and increased rate of caesarean delivery. The rates of spontaneous abortion and premature delivery have been reported to reflect the degree of non fusion of the horns. The common complications and adverse reproductive outcomes associated with bicornuate uterus are recurrent pregnancy loss (25%), preterm birth (15% - 25%) and cervical insufficiency (38%). 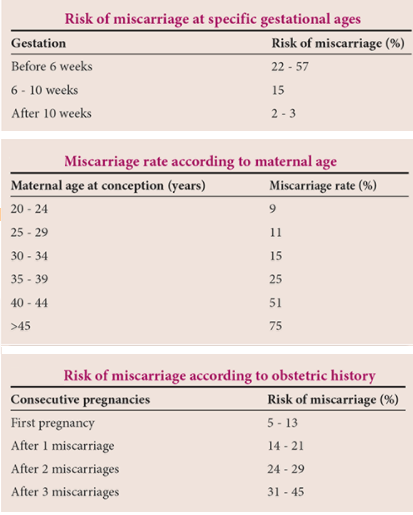 Three or more consecutive pregnancy losses before 20-24 weeks of gestation or below a fetal weight of 500 g. 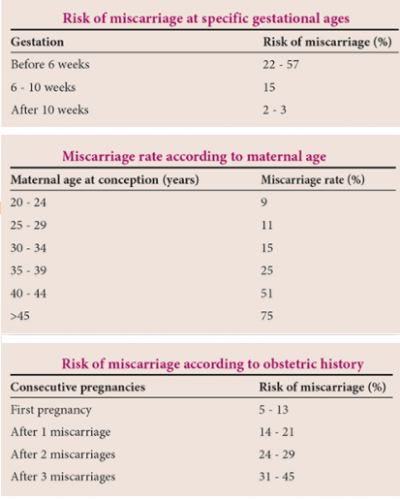