A height of a human being which is below typical.

Reduced height (commonly called short stature) is defined as a condition in which an individual has a height that is more than two standard deviations below the average height for a given age and sex in a reference population (Pic. 1). Whether a child's stature is "abnormal" purely from a statistical point of view, or whether it is indicative of inadequate growth, is a question that needs to be defined by additional criteria.

Approximately 3% of children in any population will be short, amongst which half will be physiological (familial or constitutional) and half will be pathologic. The age of onset of puberty varies in different population and it correlates more with the bone age (the degree of maturation of a child's bones) than chronological age (the real age from birth date).

The condition can be caused by a great variety of congenital and acquired conditions (Pic. 2), some of which present with additional symptoms and signs. Normal growth requires adequate nutrition along with various hormonal stimuli. Hormones important for growth and development are: growth hormone (GH), insulin-like growth factor (IGF-1), thyroid hormones, sex steroids and other growth factors.

Shortness in children and young adults (Pic. 3; Pic. 4) nearly always results from below-average growth in childhood, while shortness in older adults usually results from loss of height due to kyphosis (a bowed back; Pic. 5) of the spine or collapsed vertebrae from osteoporosis.

From a medical perspective, severe shortness can be a variation of normal, resulting from the interplay of multiple familial genes. It can also be due to one or more of many abnormal conditions, such as chronic (prolonged) hormone deficiency, malnutrition, disease of a major organ system, mistreatment, treatment with certain drugs, chromosomal abnormalities, inherited diseases, birth defect syndromes, bone structures fusing earlier than intended or many other causes.

Children with short stature have increased rate of social aversion, anxiety and attention problem. The decision to treat is based on a belief that the child will be disabled by being extremely short as an adult, so that the risks of treatment (including sudden death) will outweigh the risks of not treating the symptom of short stature. Although short children commonly report being teased about their height, most adults who are very short are not physically or psychologically disabled by their height. However, there is some evidence to suggest that there is an inverse linear relationship with height and with risk of suicide.

Treatment is expensive and requires many years of injections with human growth hormones. The result depends on the cause, but is typically an increase in final height of about 5 to 10 centimetres taller than predicted.

Turner's syndrome is a genetic disorder that affects females. Usually, a female has two X chromosomes; in females with Turner's syndrome, one of these chromosomes is missing or abnormal. Characteristics of this disorder include short stature and infertility.

Hypogonadism means diminished functional activity of the gonads - the testes in males or the ovaries in females - that may result in diminished sex hormone production. The symptoms of hypogonadotrophic hypogonadism, a subtype of hypogonadism, include late, incomplete or lack of development at puberty, and sometimes short stature or the inability to smell; in females, a lack of breasts and menstrual periods, and in males a lack of sexual development, e.g., facial hair, penis and testes enlargement, deepening voice. 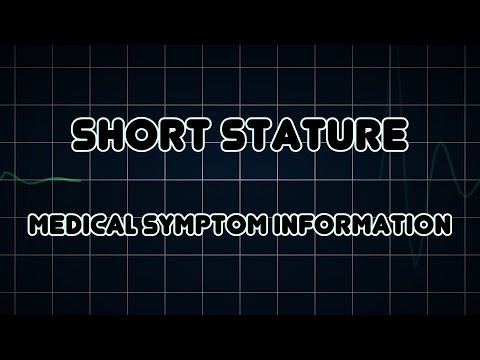 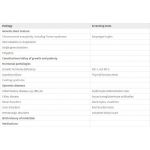 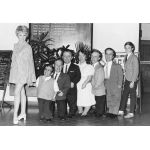 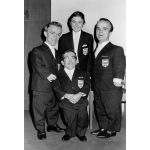 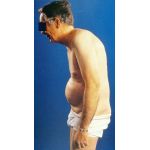