Pauses in breathing or periods of shallow breathing during sleep.

Sleep apnea is the term used to describe a form of sleep disordered breathing in which repeated central apneas (>5/hour) occure. This condition is characterized by diminished respiratory regulation during sleep, resulting in decreased or absent ventilation and disturbed gas exchange.

There are three forms of sleep apnea: central (CSA), obstructive (OSA) and a combination of these two called mixed sleep apnea. In OSA, breathing is interrupted by a blockage of airflow, while in CSA breathing stops due to a lack of effort to breathe. OSA (Pic. 1) is the most common form.

In pure central sleep apnea, the brain's respiratory control centers are imbalanced during sleep and fail to give the signal to inhale, causing the individual to miss one or more cycles of breathing. The neurological feedback mechanism that monitors blood levels of carbon dioxide (CO2) and in turn stimulates respiration fails to react quickly enough to maintain an even respiratory rate, allowing the entire respiratory system to cycle between apnea and hyperpnea (an increased depth and rate of breathing), even for a brief time following an awakening during a breathing pause. The sleeper stops breathing for up to two minutes and then starts again. There is no effort made to breathe during the pause in breathing: there are no chest movements and no muscular struggling, although when awakening occurs in the middle of a pause, the inability to immediately operate the breathing muscles often results in cognitive struggle accompanied by a feeling of panic exacerbated by the feeling associated with excessive blood CO2 levels. Even in severe cases of central sleep apnea, however, the effects almost always result in pauses that make breathing irregular rather than cause the total cessation of breathing over the medium term. After the episode of apnea, breathing may be faster and/or more intense (hyperpnea) for a period of time, a compensatory mechanism to blow off retained waste gases, absorb more oxygen, and, when voluntary, enable a return to normal instinctive breathing patterns by restoring oxygen to the breathing muscles themselves.

Obstructive sleep apnea is characterized by repetitive nocturnal complete collapses (apneas) or partial collapses (hypopneas) of the upper airway during sleep. These events are associated with oxygen desaturation (the condition of a low blood oxygen concentration) and/or arousal from sleep. The severity of OSA is measured by the number of occurrences of airway collapse per hour (the apnea-hypopnea index- AHI). Obstructive sleep apnea has traditionally been seen as a male disease. However, the importance of OSA in women is increasingly being recognized, along with a number of significant gender-related differences in the symptoms, diagnosis, consequences, and treatment of OSA. Women tend to have less severe OSA than males, and shorter apneas and hypopneas. The limited data available suggest that although the prevalence and severity of OSA may be lower in women than in men, the consequences of the disease are at least the same, if not worse for comparable degrees of severity.

Risk factors for OSA include being overweight, a family history of the condition, allergies, and enlarged tonsils. People with sleep apnea are often not aware they have it. Often it is first observed by a family member. For a diagnosis of sleep apnea, more than five episodes an hour must occur.

OSA affects 1-6% of adults and 2% of children. While people at any age can be affected it occurs most commonly among those 55 to 60 years old. Central sleep apnea affects less than one percent of people.

People with sleep apnea have problems with excessive daytime sleepiness (EDS), impaired alertness, and vision problems. OSA may increase risk for driving accidents and work-related accidents. If OSA is not treated, people are at increased risk of other health problems, such as diabetes. Even death could occur from untreated OSA due to lack of oxygen to the body. Moreover, people are examined using "standard test batteries" in order to further identify parts of the brain that may be adversely affected by sleep apnea, including those that govern:

Due to the disruption in daytime cognitive state, behavioral effects may also be present. These can include moodiness, belligerence, as well as a decrease in attentiveness and energy. Another symptom related to sleep apnea is sleep paralysis, the fear of which can sometimes lead to insomnia. These effects may become intractable, leading to depression.

There is also evidence that the risk of diabetes among those with moderate or severe sleep apnea is higher. There is also increasing evidence that sleep apnea may also lead to liver function impairment, particularly fatty liver diseases. Finally, because there are many factors that could lead to some of the effects previously listed, some people are not aware that they have sleep apnea and are either misdiagnosed, or just ignore the symptoms altogether.

Sleep apnea is associated with several diseases of repruductive system such as erectile dysfunction (ED) and polycystic ovary syndrome (PCOS).

Patients with obstructive sleep apnea-hypopnea syndrome (OSAHS) show a high prevalence of erectile dysfunction. The underlying mechanisms by which OSAHS and ED interact are still unknown. Several mechanisms have been proposed, including nerve involvement caused by hypoxemia (an abnormally low level of oxygen in the blood), low levels of testosterone, and vascular endothelial dysfunction through diverse pathways such as hypoxemia, oxidative stress (an imbalance between the systemic manifestation of reactive oxygen species and a biological system's ability to repair the resulting damage), and sympathetic activation.

Polycystic ovaries develop when the ovaries are stimulated to produce excessive amounts of male hormones (androgens), in particular testosterone. According to one study, obese women with PCOS are 400%-2900% more likely to have sleep apnea compared to women of the same weight and body fat percentage, but without PCOS. 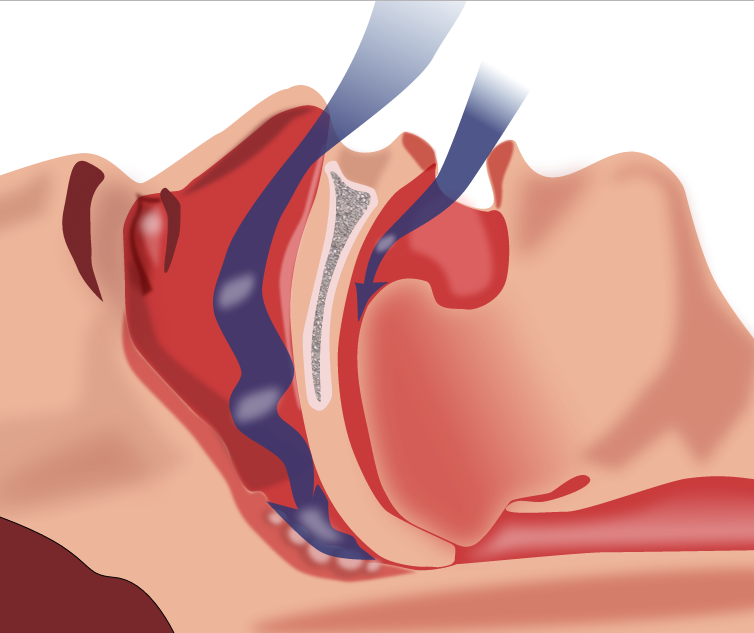 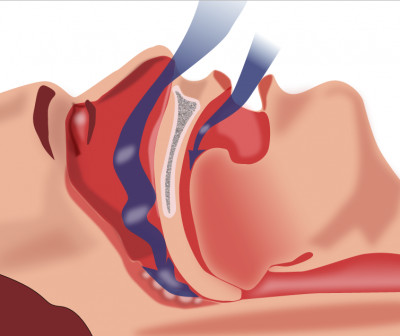 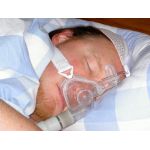