Changes in the quality or duration of sleep.

Sleep disturbances are generally changes in the way an individual sleeps. They can affect different characteristics of sleep, such as the ability to fall asleep, the quality or duration of sleep, sleep-wake cycles or the individual’s breathing while asleep. Common signs of sleep disturbances are excessive sleepiness during daytime, tiredness, irritability, difficulty falling asleep, waking up repeatedly in the night, increased movement or irregular and impaired breathing during sleep.

There are many types of sleep disorders. Some common types include:

Several conditions associated with sleep disturbances are also known to affect an individual’s fertility, including:

Obstructive sleep apnea
Obstructive sleep apnea (OSA, Pic. 1) is the most common type of sleep apnea (complete collapses of the upper airway during sleep) and is caused by complete or partial obstructions of the upper airway.
Obstructive sleep apnea (OSA) has traditionally been seen as a male disease. However, the importance of OSA in women is increasingly being recognized, along with a number of significant gender-related differences in the symptoms, diagnosis, consequences, and treatment of OSA. Women tend to have less severe OSA than males, with a lower apnea-hypopnea index and shorter apneas and hypopneas (partial collapses of the upper airway). Prevalence rates are lower in women, and proportionally fewer women receive a correct diagnosis.
Obstructive sleep apnea is associated with obesity. It is recognized that obesity contributes to airway collapse during sleep by causing increased fat deposits around the upper airway, thus narrowing it and diminishing the activity of the muscles in that region. Due to this association with obesity, women suffering from OSA are also likely to suffer from obesity-related detrimental effects on fertility – most commonly hyperestrogenism (high levels of estrogen), possibly leading to endometrial hyperplasia (abnormal thickening of the uterine lining) and certain hyperestrogenism-related types of cancer, and also hyperandrogenism (high levels of the male sex hormones) due to increased conversion of estrogen (the primary female sex hormone) to testosterone (the primary male sex hormone).
Men with obstructive sleep apnea-hypopnea syndrome (OSAHS) show a high prevalence of erectile dysfunction (ED). ED is the inability to obtain or maintain an erection during sexual intercourse. It is quite common condition among men which is to some extent age related; occurs frequently in men between the ages of 40 - 70.The underlying mechanisms by which OSAHS and ED interact are still unknown. But even with an erection problem, a man may still have sexual desire and be able to have an orgasm and to ejaculate.
Angelmann syndrome
Angelman syndrome (Pic. 2) is a neurodevelopmental disorder characterized by severe intellectual and developmental disability, sleep disturbance, seizures, jerky movements, frequent laughter or smiling, and usually a happy demeanor. Individuals suffering from this disorder show hyperactivity and restless behaviour, wide gait, hypotonia (a state of low muscle tone), microcephaly (a medical condition in which the brain does not develop properly resulting in a smaller than normal head), widely spaced teeth, abnormal EEG (electroencephalography) patterns, hypopigmentation (decreased skin pigmentation) with blond hair and light eyes, love for water, and dysmorphic features like prominent chin and deep set eyes.
Puberty in both males and females is unaffected and fertility is possible. Also menstruation begins at around the average age. It is reported, that if a woman with Angelman syndrome becomes pregnant, there is 50% chance, that her child will also suffer from this desease. On the other hand, a man with Angelman syndrome cannot not pass on this illness, but there is a possibility, that the child will suffer from Prader-Willi syndrome (a genetic disorder, characterized by delayed development, lower muscle tone and insatiable apetite, leading commonly to overeating and obesity). 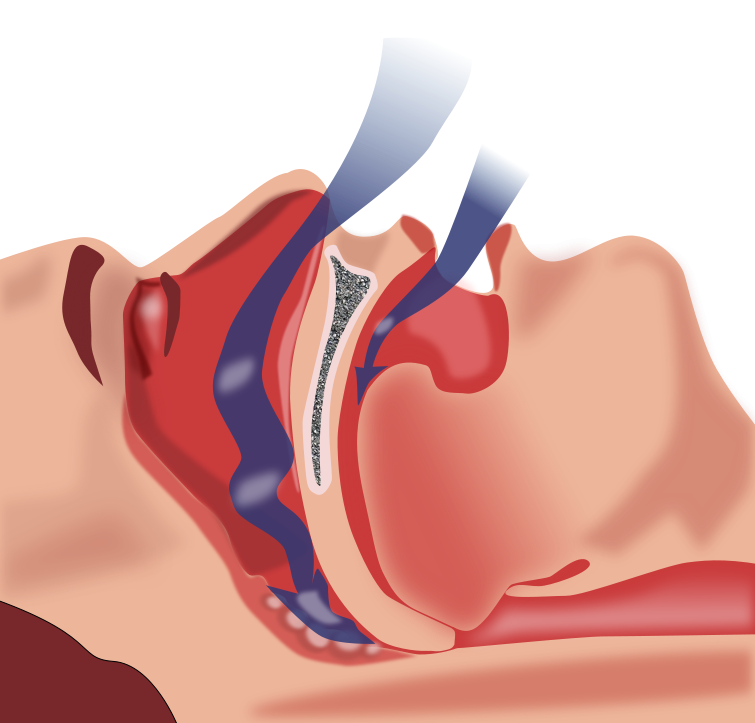 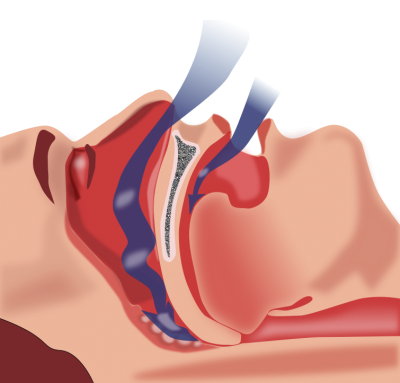 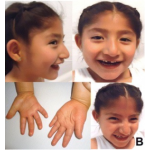