Abnormally small testicles (testicular volume < 12 ml in adult men) may appear due to several causes. Specifically, there are genetic predispositions (syndromes), infections, malformations, testicular traumatic injuries and intoxication by some drugs that can cause the testicular atrophy (the male reproductive organs diminish in size and may be accompanied by loss of function) or testicular underdevelopment. The function of small testicles is most often maintained but significantly reduced making natural conception more difficult.

The most common instrument used to measure testicular size is called orchidometr (Pic. 1) and consist of testicle-shaped beads differentiating in their size according to specific volumes. This instrument is based upon the fact, that impaired spermatogenesis (the process of sperm production) if often accompanied by small-volume testicles. The normal testicular volume of adult men should be between 12 – 20 ml (Asian males have typically smaller testes, man of other races should have at least testicles matching the 20ml bead).

To name some genetically predisposed syndromes that are affecting male reproduction capacity and manifest by small testicles, the Klinefelter’s syndrome can be named, as well as the Kenny – Caffey syndrome, Prader – Willi syndrome, Kallmann syndrome or 46, XX testicular disorder of sex development (also known as 46.XX male syndrome). All these syndrome happens to negatively influence the hormonal balances within the human body affecting the function of whole body, resulting in physiological, behavioural and visage changes. As an example of testicular underdevelopment related to genetically predisposed syndrome, a man suffering from Klinefelter’s syndrome has testicles of approximately 5 ml volumes (4 times smaller than regular testicular size of an adult man).

The mumps can serve as typical example of infection that manifests by the presence of small testicles. It is a viral disease of parotid glands that was commonly affecting children in entire world, but now days a vaccination is available. Mumps are highly contagious and spread through contact with respiratory secretions of infected person. The disease can spread into testicular tissue causing an inflammation which can lead also to development of testicular atrophy resulting in small volume testicles.

The malformation of venomous network around testicles consisting in enlargement of blood-vessels is called varicocele and it is also connected with small testicular size. Varicocele effects include elevated temperature, adrenal hormone reflux, gonadotoxic metabolite reflux, altered testicular blood flow, antisperm antibody formation, alterations in the hypothalamic-pituitary-gonadal axis, and oxidative stress. This conditions do not deteriorate only the spermatogenesis but may also lead to testicular atrophy resulting in decreased size of testicles. 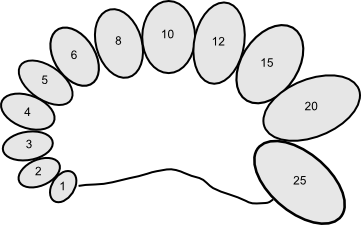 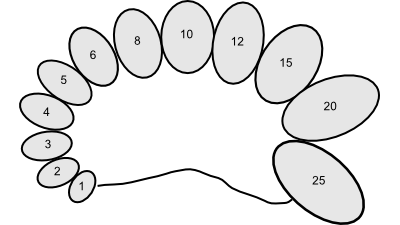