Enlarged veins in the scrotum

About Twisted mass in scrotum felt like a bag of worms

Twisted mass in the scrotum felt like a bag of worms is one of the symptoms of varicocele (Pic. 1). A varicocele is seen in approximately 15% of adult men, making it the most common palpable mass of the spermatic cord. Varicoceles form due to impaired drainage of blood from the spermatic cord causing abnormal dilatation of the pampiniform plexus (a network of many small veins). Cases of idiopathic varicocele are simply caused by incompetent venous valves. However, secondary varicoceles are due to an increase of pressure in the spermatic veins caused by an extratesticular process such as cirrhosis, hydronephrosis (the swelling of a kidney due to a build-up of urine) or an abdominal/pelvic mass. Clinically, palpation of the scrotum may reveal a mass that is often described as a “bag of worms.” It shows multiple hypo- or anechoic tubular structures greater than 2 to 3 mm in diameter. Occasionally detected low-level echoes within these veins result from slow blood flow. During the Valsalva maneuver (exhalation against a closed airway) the varicocele may enlarge and it may demonstrate flow reversal on color Doppler imaging (ultrasound colour flow imaging) depending on grade. Varicocele embolization has been shown to be as effective as surgical ligation.

Varicoceles are most commonly found on the left side. The left testicular vein is longer and connects to the left renal vein at a 90° angle, resulting in increased pressure compared to the right testicular vein, which drains directly into the IVC (inferior vena cava). A newly diagnosed unilateral right-sided varicocele raises concerns of a secondary cause such as pelvic or abdominal malignancy. Compression of the left renal vein by the superior mesenteric artery, sometimes referred to as the Nutcracker syndrome, can also be a non-malignant cause of left-sided varicoceles, with increased pressures transmitted into the left pampiniform plexus. 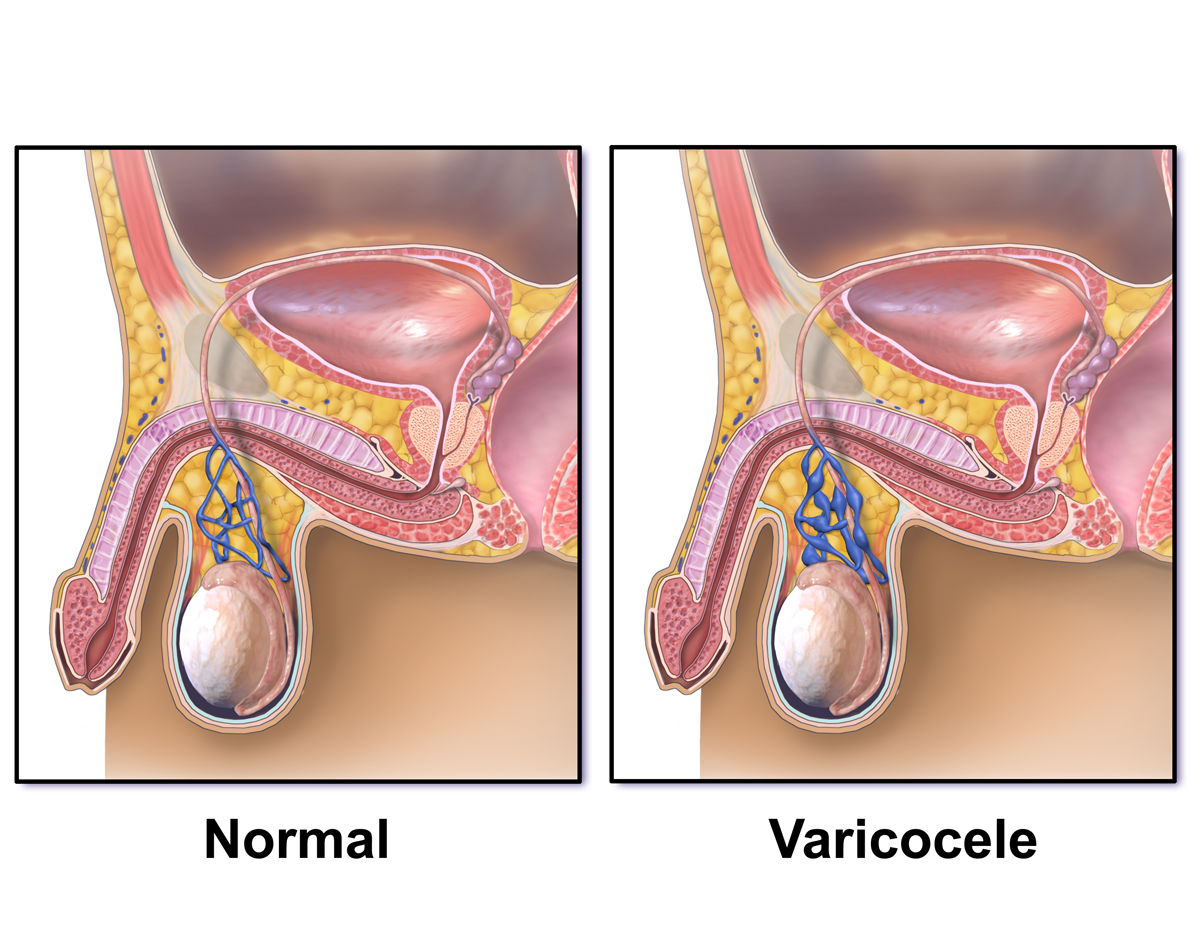 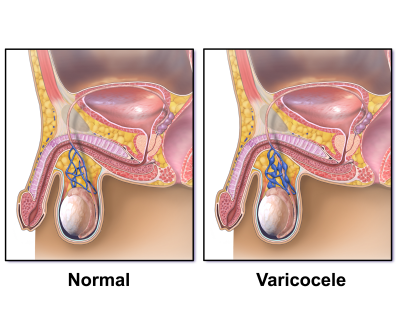