Vaginal dryness refers to the incapacity of vagina to produce a natural lubrication. There can be various causes of this symptom, such as infection, physiological (e.g. hormonal imbalance) and socio-psychological problems. Vaginal dryness may appear as result of female sexual dysfunction which can be defined as any disorder related to sexual desire, arousal, orgasm, and/or sexual pain that results in significant personal distress and may have an impact on the quality of life. Vaginal dryness may be treated with medication or artificially augmented with artificial lubricants, but it lasts as long as its primary cause remains unresolved.

Vaginal lubrication at low levels is always present serving as a protective agent. The lubrication of vagina increases naturally as result of sexual excitement in anticipation of sexual intercourse. Sexual excitement of a women is united with some physiological changes of women’s body such as increase of heart rate, blood pressure and related vascular engorgement. Genital changes include enlargement in the diameter and length of the clitoris, dilation of arterioles (small arteries) surrounding vagina with infiltration of vascular transudate (a fluid accumulating in body cavities) across the vaginal epithelium resulting in lubrication, and expansion of the upper half of the vagina. There is a glandular structure called Bartholin's glands, lying near the vaginal opening (Pic. 1), which also takes part in natural lubrication of vagina, as well as the cervix mucous produced during ongoing menstruation. The vaginal lubrication is hormone-dependent event. Specifically, the oestrogen is the hormone responsible for maintaining the vaginal mucosa and allowing transudation and lubrication to occur. Its levels are physiologically higher before menstruation to induce higher sexual desire and prepare the body for a possible conception after ovulation.

In the sense of female sexual dysfunctions, vaginal dryness may be a result of sexual arousal disorder (partial or total lack of physical signs of arousal during sexual stimulation in women) which is usually connected with menopause, inability to reach orgasm and dyspareunia (recurrent genital pain). Vaginal dryness and its associated symptoms, such as vaginal discomfort, itching, burning, and inadequate lubrication during sexual activity can also lead to development of the vaginismus which is a recurrent, involuntary spasm of the outer third of the vagina interfering with intercourse.

The presence of pain before, during or after sexual intercourse is called dyspareunia. Without sufficient lubrication, the sexual intercourse is quite unpleasing to a woman resulting in painful feelings. Dyspareunia may appear due to scar tissue (after surgery or cancer treatment), vaginal stenosis (narrow vagina), inflammatory disease or endometriosis (the growth of endometrial tissue outside uterus) and often improve with proper medical treatment. Stress conditions (anxiety, depression) often inhibit adequate physiological reaction to sexual stimulation leading to vaginal dryness and painful sexual intercourse. In such case, psychotherapy and counselling focused on sexual practices may prove beneficial for solving the problem as well as use of proper medication (e.g. antidepressants in case of depression).

When women permanently stop having menstrual periods, she has reached the stage of life called menopause. Physiologically the ovaries are no more functional and women’s genital apparatus may suffer from atrophy. The decrease in ovary function is related with hormonal changes. The oestrogen production is lowered and insufficient to evocate proper function of vagina which leads to vaginal dryness. That is one of the most common symptoms of postmenopausal women. Vaginal dryness and other related sexual dysfunctions in postmenopausal women cause sexual problems which can impair severely the quality of daily life. 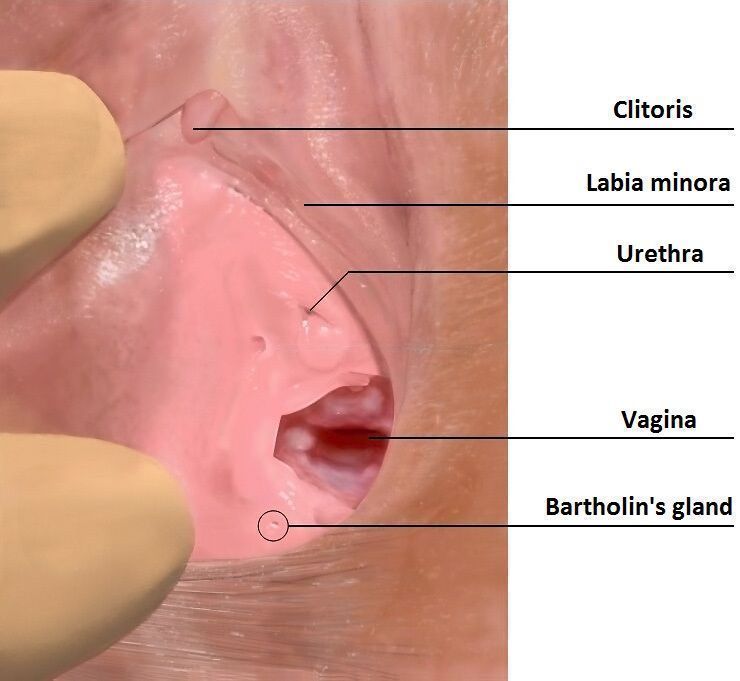 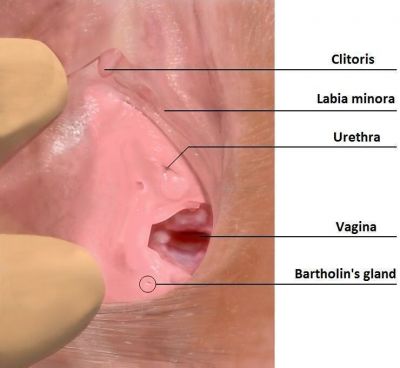