The biological development of sex differences, changes that make a male body different from a female body.

Virilization is the masculinization and enhancement of male secondary sexual characteristics in females. The etiology is usually of adrenal or ovarian origin.

Virilization can occur in childhood in either boys or girls due to excessive amounts of androgens. In a boy, virilization may signal precocious puberty, while congenital adrenal hyperplasia (an inherited disorder that results in low levels of cortisol and high levels of male hormones) and androgen producing tumors (usually) of the gonads or adrenals are occasional causes in both sexes.

Virilization in a woman can manifest as clitoral enlargement (Pic. 1), increased muscle strength, acne, hirsutism, frontal hair thinning, deepening of the voice, and menstrual disruption due to anovulation.

Some of the possible causes of virilization in women are androgen-producing tumors of the ovaries, adrenal glands or pituitary gland, polycystic ovary syndrome, hypothyroidism and anabolic steroid exposure.

The Prader scale or Prader staging is a coarse rating system for the measurement of the degree of virilization of the genitalia of the human body. It primarily relates to virilization of the female genitalia in cases of congenital adrenal hyperplasia (CAH) and identifies five distinct stages, but in recent times has been used to describe the range of differentiation of genitalia, with normal infant presentation being shown on either end of the scale, female on the left and male on the right.

Virilizing ovarian tumors account for less than 5% of all ovarian neoplasms. Sex cord-stromal tumors, are derived from the sex cord and stromal components of the developing gonad. Steroid cell tumors are a subtype of ovarian sex cord-stromal tumors that are composed entirely of steroid-secreting cells. Steroid cell tumors are usually virilizing, frequently secreting testosterone. As many as one-quarter of steroid tumors exhibit malignant behavior.

The clinical manifestations are to a large extent determined by the age of presentation, hormonal activity, and virilizing properties of the tumor. Virilization or hirsutism is encountered with three fourths of Leydig cell tumors (a member of the sex cord-stromal tumour group of ovarian and testicular cancers).

The clinical presentation may take many forms, including abdominal pain, abdominal distention, and bloating. However, the more noticeable presentations are those associated with the hormonal activity and virilizing properties of the tumor. Signs and symptoms of masculinizing tumors usually take place in two definite phases, an early phase of defeminization and a subsequent phase of masculinization. Typically, a menstruating female will first notice oligomenorrhea or amenorrhea. There is regression of the breasts and external genitalia, atrophy of the uterus and adnexa, and loss of the female body contour. This is followed by hirsutism, acne, clitoral enlargement, increased libido, sterility, enlargement of the larynx, deepening of the voice, and temporal alopecia. On the other hand, these tumors may produce little or no androgenic activity and could, in fact, show some evidence of estrogenic effect.

PCOS is the most common cause of hyperandrogenism (excessive levels of androgens in the body ) in women at reproductive age and diagnostic criteria are well defined in premenopausal women. In women with PCOS symptoms usually start in adolescence and gradually progress during reproductive years.

Severe form of PCOS and results from an overproduction of androgens in the ovarian stromal cells. Women typically present with slowly progressive acne and hirsutism, and they are likely to be virilized. 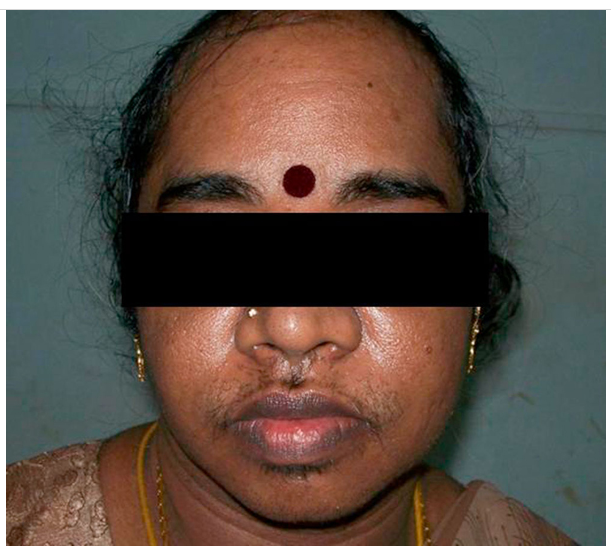 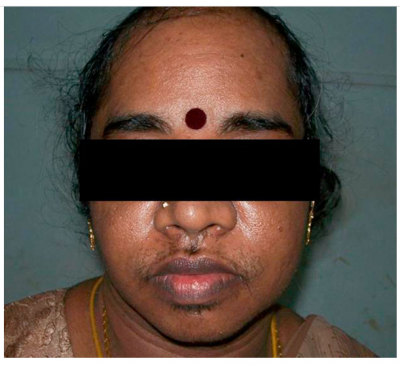 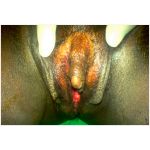