An inflammation or infection of the vulva and vagina.

Vulvovaginitis is an inflammation or infection of the vulva and vagina that manifects depending on its cause. In general, symptoms can include irritation of the genital area, itching, inflammation around the labia and perineal areas, discomfort while urinating and increased, strong-smelling vaginal discharge.

The specific causes and risk factors associated with bacterial vaginitis are poorly understood; however, associations with sexual activity, use of hygiene products that alter the vaginal ecosystem, and genetic predisposition have been described. Other factors include age, vaginal pH, hysterectomy, menstrual cycle phase, and HPV (human papillomavirus) infection.

Initial treatment should include hygienic measures and avoid contact with irritating chemicals. After that, offered antimicrobial according to the probability of the age of the patient, clinical features, and the isolation and sensitivity of the microorganisms cultivated.

Vulvovaginitis may be associated with several diseases including:

Bacterial vaginosis (BV) is an abnormal vaginal condition that is characterized by vaginal discharge and results from an overgrowth of atypical bacteria in the vagina. Bacterial vaginosis is not considered a sexually transmitted disease (STD), being usually described, however, as a sexually enhanced disease, in which the frequency of intercourse plays a critical role. Furthermore, bacterial vaginosis has been associated with increased susceptibility to HIV-AIDS and other STD. While vaginosis in nonpregnant and otherwise healthy women does not directly affect fertility, it may cause complications with detrimental effect on fertility, such as an increased susceptibility to sexually-transmitted infections.

Candida (yeast) genital infection is the leading cause of fungal vulvovaginitis. Pregnancy, broad-spectrum antibiotic use, diabetes mellitus, and immunodeficiency have been described as important risk factors for Candida genital infection; however, asymptomatic microorganism colonization can occur in 25 to 50% of the cases. This microorganism affects male fertility potential and could alter oocyte fertilization.

Trichomonas vaginitis (Pic. 2) is often transmitted by sexual intercourse. It is the most common sexually transmitted pathogen, accounting for 180 million infections annually. The classical symptoms associated with the T. vaginalis infection include a yellowish-green frothy discharge, pruritis, dysuria, and the “strawberry” cervix which is characterized by punctuate hemorrhagic lesions.

If undiagnosed or untreated, these infections might interfere with the women’s reproductive health, being commonly associated with many obstetric conditions such as pelvic inflammatory disease (PID), premature rupture of membranes (PROM), prematurity, and infertility and also increasing the risk of HIV transmission. 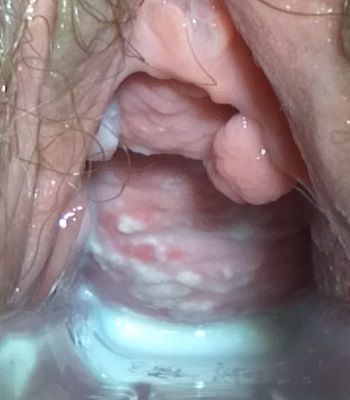 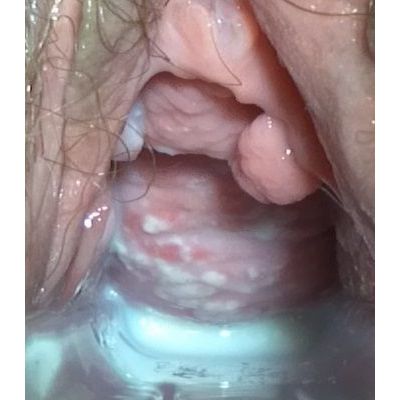 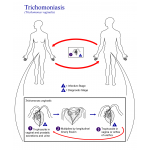