Anti-inflammatory medications are a class of drugs that reduce inflammation. They also work to reduce the swelling of the inflamed tissue, reduce fever (antipyretic effect) and alleviate pain (analgesic effect). Anti-inflammatory drugs represent an important part of analgesics (painkillers), while other drugs that alleviate pain, such as opioids or simple analgesics, only block the perception of pain.

Anti-inflammatory drugs have been traditionally divided into two major categories:

Corticosteroids are a class of steroid hormones that are produced in the adrenal cortex. Corticosteroids are involved in a wide range of physiologic systems such as stress response, immune response and regulation of inflammation, carbohydrate metabolism, protein catabolism, blood electrolyte levels, and behavior. In addition, corticosteroids endow the organism with the capacity to resist such stressful circumstances as noxious stimuli and environmental changes.
Corticosteroids and their biologically active synthetic derivatives differ in their metabolic (glucocorticoid) and electrolyte-regulating (mineralocorticoid) activities. Glucocorticoids potently suppress inflammation, and their use in a variety of inflammatory and autoimmune diseases (Pic. 1) makes them among the most frequently prescribed classes of drugs. Synthetic glucocorticoids are used in the treatment of wide variety of conditions, including joint pain or joint inflammation (arthritis), dermatitis (skin inflammatory conditions), allergic reactions, asthma, autoimmune disorders such as systemic lupus erythematosus, or inflammatory bowel diseases.

Non-steroidal anti-inflammatory drugs alleviate pain by counteracting the cyclooxygenase (COX) enzyme. On its own COX enzyme synthesizes prostaglandins (Pic. 2), creating inflammation. In whole the NSAIDs prevent the prostaglandins from ever being synthesized, reducing or eliminating the pain. NSAIDs are used in the treatment of a variety of symptoms and conditions, ranging from mild to moderate pain-reliever to their use in the reduction of heart attacks and strokes. Their anti-inflammatory properties make them most useful in the management of disorders in which pain is related to the intensity of the inflammatory process.

When conditions related to fertility are concerned, NSAIDs can be used in the treatment of primary dysmenorrhea (painful menstruation), endometriosis, menorrhagia (prolonged or heavy menstrual bleeding), pain associated with an intra-uterine device (IUD) or with medical abortion, prostatic diseases, and as a symptomatic pain-relieving medication in a wide variety of inflammatory conditions affecting the genital tract.

Both corticosteroids and NSAIDs are potent and widely used anti-inflammatory medications.
But their prolonged use is associated with several adverse effects, and should therefore be carefully assessed, and other treatment or pain relief options should be considered. Medical guidelines for pain management indicate that painkillers and anti-inflammatories should ideally be used sporadically. When continuous use is necessary for patients with chronic pain, such use should be carefully assessed and monitored.

The use of all medications increases with age and the elderly are at increased risk of adverse drug reactions. The occurrence of gastrointestinal (GI) complications depends on the presence and number of risk factors, and age is the most frequent and relevant of these. Thus, patients at upper GI risk should have preventative strategies in place, including the use of the lowest effective dose of NSAID, co-therapy with a gastroprotective drug, or the use of a COX-2 selective agent.

On the other hand, non-steroidal anti-inflammatory drugs are commonly prescribed for symptomatic relief of pain and fever in children, and some of the typical adverse effects of NSAIDs use, such as peptic ulcers, are uncommon in pediatric patients. However, despite the ubiquitous use of NSAIDs by physicians for pediatric patients, little has been published addressing their safety and tolerability, and they are often prescribed “off-label.”

Because they exert effects on almost every organ system, the clinical use of and withdrawal from corticosteroids are complicated by a number of serious side effects. Adverse effects of short-term administration of corticosteroids, such as before and after a surgery, include worsening of hypertension, fluid retention, delayed wound healing and impaired insulin sensitivity. With long-term use of corticosteroids, their effects on metabolism frequently cause edemas, redistribution of fat tissue with the formation of so-called buffalo hump, weight gain, hypertension, diabetes, hypertension and loss of muscle mass.

NSAIDs are very effective drugs, but their use is associated with a broad spectrum of adverse reactions involving the liver, kidney, CV system, skin, and gut. GI side effects are the most common and cover a wide clinical spectrum ranging from dyspepsia (feelings of fullness, abdominal pain and nausea), heartburn, and abdominal discomfort to more serious events such as peptic ulcer with life-threatening complications of bleeding and perforation. The dilemma for the physician prescribing NSAIDs is, therefore, to maintain the anti-inflammatory and analgesic benefits while reducing or preventing their untoward GI effects.

The use of NSAIDs can induce reversible infertility (infertility that is not permanent) in humans, underlining the observation that COX inhibition prevents normal reproductive processes. Young women are receiving NSAIDs for different indications such as inflammatory joint disease, developed luteinized unruptured ovarian follicles. Normal ovulation returned after NSAIDs were withdrawn. 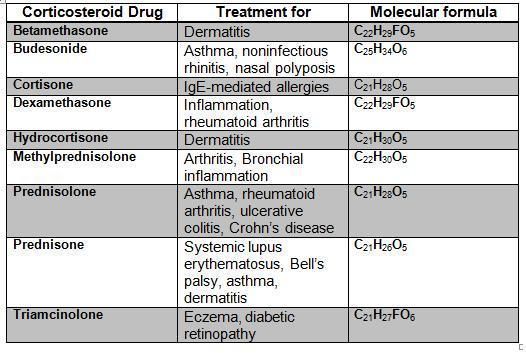 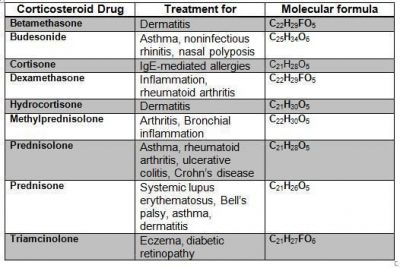 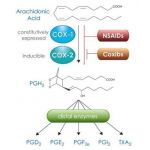