Embryonic biopsy is taking cells from an embryo for further examination (PGD / PGS).

As preimplantation genetic screening/diagnosis can be performed on cells from different developmental stages, the biopsy procedures vary accordingly. Theoretically, the biopsy can be performed at all preimplantation stages, but only three have been suggested: on unfertilised and fertilised oocytes (for polar bodies, PBs), on day three (D3)cleavage-stage embryos (for blastomeres), on day 5/day 6 (D5/D6) blastocysts (for trophectoderm cells) and, more recently, attempts to perform blastocentesis in blastocysts on D5/D6 , as a new type of noninvasive embryo “biopsy” based on the presence of cells and DNA in the blastocoelic cavity.
The biopsy procedure always involves two steps: the opening of the zona pellucida and the removal of the cell(s). There are different approaches to both steps, including mechanical, chemical, and physical (Tyrode’s acidic solution) and laser technology for the breaching of the zona pellucida, extrusion or aspiration for the removal of PBs and blastomeres, and herniation of the trophectoderm cells.

Actually, all of biopsy techniques are invasive and involve some risk of loss of the embryo. Working with a simple cell is not easy and may yield no results. In this regard, the biopsy of blastocysts is most suitable. Blastocentesis is by now a new hope for less invasiveness. While none of these methods assures the proper constitution of the future embryo, they minimize the risk of the disorder that is being investigated. The best result was obtained via the biopsy of blastomeres on D3 with fresh transfer on the same day of the biopsy, or transfer on D4/D5. To remove one or two cells from the preimplantation embryo it is first necessary to perforate the zona pellucida.

The perforation of the zona pellucida can be done by several methods:

Prior to biopsy, the preimplantation embryos can be placed in a suitable medium to loosen the cell junctions at room temperature. Then, the embryos are placed in separate microdrops composed of the medium for biopsy under oil and labeled. It is not convenient to have more than two embryos in a dish to minimize their time out of the incubator. Using a micromanipulator/microscope setup, the oocyte or the embryo that will be biopsied is placed in the center of the field and focused at a 400X magnification. The embryo or oocyte is fastened with a micropipette holder. The zona pellucida is perforated, and the polar bodies (PBI/PBII), or blastomeres are removed gently with an appropriate micropipette. When the biopsy is performed on D5, the zona pellucida is perforated on day 3 to facilitate the hatching of the blastocyst and to easily remove some cells of the trophectoderm. The cells will have to be collected according to the protocol of the genetic study indicated. If the indication is a FISH study, the removed cells are fixed on a slide, but if the indication is a PCR/CGH/NGS assay, the removed cells are collected in a small tube.

The biopsy of the first PB prior to the fertilization of the oocyte evaluates the result of the first meiotic division. Because errors can also occur during the second division of the oocyte, it is necessary to also study the second PB to avoid misdiagnosis. The second division of the oocyte is completed when the sperm penetrates the oocyte. Therefore, the biopsy of the second PB is performed once the ovum has been fertilized. As PB biopsies do not allow the evaluation of male meiotic errors and/or errors that occur after fertilization of the egg, the biopsy of blastomeres is more preferred because it allows the assessment of both parental contributions and/or errors during cleavage. Polar body biopsy is only useful when women have a major risk of transmission of monogenetic diseases or aneuploidies inherent at the maternal age. As was mentioned above, to avoid misdiagnoses, both polar bodies should always be biopsied. When the purpose is to evaluate aneuploidies, both biopsies can be performed simultaneously. Instead, when the question is a monogenic disease, it is necessary to perform the biopsy in a sequential way. The biopsy of the first polar body prior to fertilization only indicates errors during the first meiotic division and/or whether the oocyte carries the same maternal mutation, always assuming that an interchange did not occur in the locus where the mutation maps to.

Polar body biopsy is also not ideal for monogenic diseases due to the possibility of crossing over. Picture 4 A shows a normal segregation without crossing over, while Picture 4 B shows a segregation after a crossing over event at the level of a mutated gene that is able to produce normal and abnormal oocytes.

In spite of the disadvantages indicated according to the ESHRE (European Society of Human Reproduction and Embryology) Consortium, 16% of the biopsies done correspond to those of polar bodies. Kuliev and Verlinsky (2004) studied more than 8,000 oocytes from women older than 35 years with FISH for chromosomes 13, 15, 16, 21 and 22 found that more than 50% had aneuploidy. Recently, a pilot study of the ESHRE PGD Consortium using aCGH in polar bodies from women over 40 years showed an aneuploidy rate of 75%.

Biopsy of Blastomeres in Cleaved Embryos on D3

This is the type of biopsy used to remove one or two cells in embryos with more than six cells on D3 (Pic. 5). Embryologists have acquired great skill in performing this technique, but there is evidence that it decreases the rate of implantation. FISH or PCR analysis in a simple cell is a real challenge for specialists and for patients. It is not easy to work with a single molecule of DNA for chromosomal and genetic tests. However, this was the methodology used in the last 20 years. Indeed, 80% of the PGDs recorded by the ESHRE Consortium were D3 blastomere biopsies. During that time, fresh transfer was used to avoid cryopreservation. At first, the protocol mostly used for PGD/PGS was transfer on the same day of the biopsy. Improvement of sequential culture media allowed the prolonging of in vitro development until the fifth day, and transferring only those that reached the blastocyst stage. Biopsy on D3 achieved a clinical pregnancy rate of 18.7% and a take-home baby rate of 14.7%, with a misdiagnosis between 5 and 10%, according to records I-XIV of the ESHRE Consortium.

The blastocyst is the highest degree of development that an embryo can reach in vitro, and it is characterized by three elements: the inner cell mass, the outer cell layer or trophectoderm and the blastocoel (Pic. 6, 7). The blastocyst begins to form on the fifth day and is completed on the sixth.
A blastocyst usually has more than 100 cells. The majority will form the placenta, the chorionic villus and other extraembryonic structures. Only a small percentage of the ICM will differentiate into the embryo proper after implantation of the embryo in the endometrium. Therefore, the trophectoderm biopsy procedure is considered equivalent to the puncture of a chorionic villus, with the same limitations of not corresponding to the constitution of the embryo per se due to the possibility of mosaicism.
Once the decision to perform a trophectoderm biopsy is taken, it is preferable to perform the transfer in a deferred cycle, because not all blastocysts are obtained on D5, and the genetic studies demand time. This decision is very important because it allows better organization of the genetic laboratory assays. At present, there is sufficient evidence that the deferred transfer to the stimulated cycle has its advantages in terms of implantation, ongoing pregnancy and lower risk of genetic and epigenetic alterations.

Blastocentesis is a novel micromanipulation technique used to collect a 4 nL sample of blastocoelic fluid from living human embryos (Pic. 8). The blastocoelic fluid is investigate for the presence of DNA that could be amplified and analyzed as a substitute PGD and PGS.

Only approximately half of the preimplantation embryos reach the blastocyst stage. This can restrict the number of blastocysts available for biopsy, limiting in some cases the success of the PGD/PGS. Women of advanced age have a higher risk of producing aneuploid oocytes. Additionally, such women respond poorly to ovarian stimulation and thus produce only few blastocysts. Mc Arthur and coworkers report that 21% of the started PGD cycles had no embryo suitable for TE biopsy. This figure is approximately four times higher than the average presented by the ESHRE PGD consortium data, where PB and cleavage-stage biopsy are the predominant reported methods. On the other hand, delaying the biopsy to the late stage of development limits the time to perform the genetic diagnosis, and embryos have to be cryopreserved and transferred during the next cycle.

In general, blastomere biopsy has limitations because of the fact that up to 60% of embryos at cleavage stage of development exhibit mosaicism, which means that at least one cell has a different ploidy from other cells in the embryo. Day 3 embryo biopsy still possesses a high risk of mosaicism: from 55% to 73%. Additionally, many cleavage stage embryos diagnosed as aneuploid with blastomere biopsy will “self-correct” by blastocyst stage, which, from a clinical stand point, may decrease the chances of a live birth by prematurely labeling an embryo as abnormal. Even though, blastomere biopsies often successfully predict ploidy of the fetus, limitations such as mosaicism and self-correction complicate the issuing of a correct diagnosis, even when using highly accurate PGS technologies.
Mosaicism occurs also in blastocysts, but apparently at lower levels than in cleavage stage embryos. In a study of Johnson et al. the rate of mosaicism between inner cell mass (ICM) and trophectoderm (TE), as well as between TE fractions, was only 3.9%. In addition, it was evident that the aneuploidy rate is significantly lower (38.8%) in blastocysts than in embryos at earlier stages (51%). Cleavage stage PGD/PGS could have negative impact on clinical outcome due to the embryo biopsy procedure whereas day 5 diagnosis (and freezing the biopsied embryos) allows the biopsy of cells that are not involved in the formation of the embryo rather than cells that may be committed to forming the ICM.
In addition to all these facts, the optimized uterine environment in the next cycle and the possibility of a single embryo transfer (SET) are in favor of day 5 embryo biopsy and genetic analysis. According to different studies this strategy may culminate in a pregnancy rate per transfer of 63% to 70.5%.

It can be concluded that embryonic biopsy used in the preimplantation genetic diagnosis and screening are of enormous value for providing healthy baby to couples with genetic disorders or for preventing the repeated spontaneous miscarriages. Nevertheless, there are some concerns about the aggression of the embryo biopsy by itself and potential epigenetic disturbance; therefore, there are some new noninvasive approaches for evaluation of the genetic status of human embryos and fetuses by a nondirect manner. Some of these approaches (e.g. blastocentesis) are interesting and seem to be quite promising, but further research is needed to elucidate if some of them could replace the existing procedures in the future or can only have additive value in diagnosis. 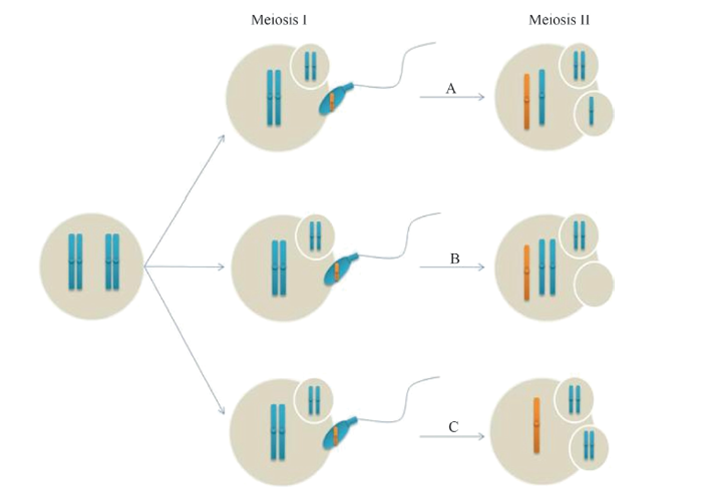 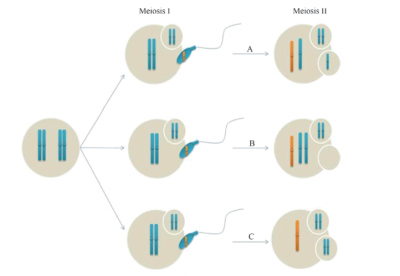 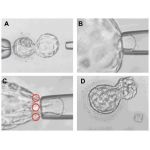 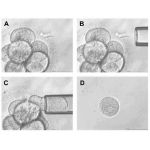 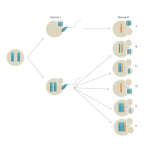 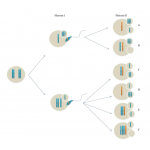 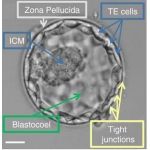 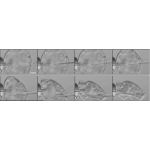