The method during which the endometrium is gently “scratched” which causes immunological reaction leading to increase implantation rate.

In endometrial scratching, endometrium is gently “scratched” using a thin catheter which causes immunological reaction leading to increase implantation rate in women with unexplained recurrent implantation failure. Inducing injury to the lining of the uterus in the cycle before starting ovarian stimulation for IVF can help improve the chances of achieving pregnancy. The new lining which grows after the procedure is thought to be more receptive to an implanting embryo and so increases the chances.

Although the fertilization rate is relatively high and embryo culture conditions continue to improve, implantation is still the limiting step in the success of in vitro fertilization-embryo transfer. In humans, the uterus becomes receptive during the mid-secretory phase (days 19–24) of the menstrual cycle, which is known as the window of implantation (WOI). It is proposed that approximately 75% of the embryos are lost at the time of implantation resulting in implantation failure. Interactions between endometrium and the embryo as well as endometrial receptivity are considered as two strong factors affecting the outcome of implantation. The endometrial receptivity is proposed to be a period of time in which the endometrium becomes capable of receiving and adhering the human embryo.

There are some possible suggested mechanisms by which the endometrial sampling may increase receptivity and improve clinical pregnancy rate. The first one is decidualization of endometrium. Scratching uteruses provokes the rapid growth of the endometrial cells which are similar to the decidual cells of pregnancy. The next mechanism is wound healing process involving a massive secretion of different cytokines and growth factors which are beneficial for embryo implantation. Also, the last mechanism is synchronization of endometrial and embryo development. COH (controlled ovarian hyperstimulation) performed during IVF therapy may negatively affect the embryo implantation. COH cycles resulted in different structural and functional changes compared to the natural cycles.

These observations suggest that mechanical injury of the endometrium may enhance uterine receptivity by provoking the immune system to generate an inflammatory reaction. Alternatively, the local injury could generate a focus for the accumulation of uterine dendritic cells and accompanying increases in innate immune molecules or provide an enhanced angiogenic environment enriched with cytokines and growth factors known to be essential for normal trophoblast invasion.

Endometrial scratching is offered to patients with repeated implantation failure, despite having good quality embryos. Whereas causes of defective implantation in patients with repeated implantation failure could be multi-factorial or even originate from embryonic defects (e.g., genetic abnormalities and embryonic aneuploidy), earlier observations noted that patients who had received endometrial scratching prior to subsequent IVF cycle for various reasons had a higher pregnancy rate.

Endometrial injury may have a beneficial role in implantation and improve the pregnancy rate. However, there are still many unanswered question including patients selection, timing, technique and number of endometrial biopsies needed. Local injury to the endometrium on the day of oocyte retrieval disrupts the receptive endometrium and has a negative impact on implantation in IVF cycles.

The endometrium is receptive to embryonic apposition, attachment, and invasion during a defined implantation window (during midsecretory days of the menstrual cycle). Endometrial local injury has been previously proved to increase the fertility rate following assisted reproductive technologies (ART), including IVF and ICSI, with conflicting results.

Performing endometrial scratching on days 8, 12, 21, and 26 of the menstrual cycle is associated with higher pregnancy rate after IVF. Local injury to the endometrium during a COH (controlled ovarian hyperstimulation) cycle improved the rates of embryo implantation, clinical pregnancy, and live birth in ART, because biopsy-induced inflammatory response may facilitate the preparation of the endometrium for implantation. The results suggest that inducing injury is 70% more likely to result in a clinical pregnancy as opposed to no treatment. Furthermore, scratching of the lining was 2-times more likely to result in a clinical pregnancy compared with telescopic evaluation of the lining of the uterus. 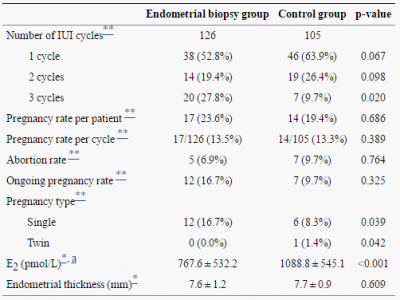 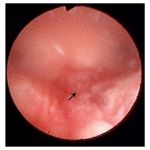 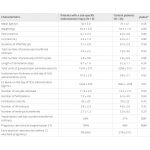