A human hormone produced by the placenta that is widely used in assisted reproductive technologies.

Human chorionic gonadotropin is a hormone, produced by the placenta after implantation, which belongs to the hormone family of gonadotropins. The human gonadotropins, luteinising hormone (LH), follicle-stimulating hormone (FSH) and human chorionic gonadotropin (hCG), are complex glycoprotein hormones that each play pivotal, though differing, roles in the female reproductive system. Normal ovarian function depends on the concerted action of FSH and LH, both of which are produced in the anterior pituitary. In contrast, hCG only becomes important once there is an embryo, such that hCG produced by the developing embryo takes over from LH in the upregulation (increase) of the corpus luteum (temporary endocrine structure in the ovaries, arising from the ruptured follicle after ovulation) progesterone production.

It has been dubbed as the pregnancy hormone because of its multiple functions which affect the pregnancy process. Naturally, it is produced in the human placenta (Pic. 1) by the syncytiotrophoblast (epithelial covering of the placental villi). Like other gonadotropins, it can be extracted from the urine of pregnant women or produced from cultures of genetically modified cells using recombinant DNA technology. However, because of the similarities between hCG and luteinizing hormone, hCG is viewed as a much more active version of luteinizing hormone. Both hormones are recognized by the luteinizing hormone/choriogonadotropin receptor (LHCGR), which is located in the ovaries, uterus, and breasts.

The functions of the hCG allow for a safe pregnancy to take place (Pic. 2). It gets activated by the LHCGR and stimulates the production of the steroid hormone, progesterone. Progesterone allows for the lining of the uterus to thicken so that a fertilized egg will be able to stick and develop into a fetus. hCG will also bind to specific regions on the corpus luteum, which is in the ovaries, which allows for the production of progesterone to continue. If hCG did not bind the the corpus luteum, the amount of progesterone in the body would drop and the thickened uterus lining would be released during the woman's period. Overall, hCG prevents a woman from getting her period when she is conceived with a child.

Human chorionic gonadotropin is extensively used parenterally for final maturation induction in lieu of luteinizing hormone. In the presence of one or more mature ovarian follicles, ovulation can be triggered by the administration of hCG. As ovulation will happen between 38 and 40 hours after a single hCG injection, procedures can be scheduled to take advantage of this time sequence, such as intrauterine insemination (IUI) (Pic. 3) or sexual intercourse. Also, patients that undergo IVF, in general, receive hCG to trigger the ovulation process, but have an oocyte retrieval performed at about 34 to 36 hours after injection, a few hours before the eggs actually would be released from the ovary. As HCG supports the corpus luteum, administration of HCG is used in certain circumstances to enhance the production of progesterone.

Regarding pharmaceutical preparations of hCG from animal or synthetic sources, there are many gonadotropin preparations, some of which are medically justified and others of which are of a quack nature. In Pubergen, Pregnyl, Follutein, Profasi, Choragon and Novarel, it is extracted from the urine of pregnant women. In Ovidrel, it is produced with recombinant DNA technology. Generally, hCG is administered by an injection under the skin or into a muscle.

In the male, HCG injections are used to stimulate the Leydig cells (cells of the testes, producing testosterone) to synthesize testosterone. The intratesticular (within-the-testicle) testosterone is necessary for spermatogenesis (production of sperm) from the Sertoli cells (testicular cells that support and protect the sperm cells during their maturation). Typical uses for HCG in men include hypogonadism (insufficient sex hormone production in the sex glands) and fertility treatment.

When hCG is administered in order to stimulate oocyte maturation and eventually trigger ovulation as a part of Assisted reproductive therapy, success of the method is represented by an achieved pregnancy. Following the hCG injection, either intrauterine insemination (IUI) or oocyte retrieval followed by in vitro fertilization may be performed. For both methods, several predictive factors have been studied:

Age of the couple, especially female age, has been found to be an important predictor in many studies. Based on these studies it was believed that advancing age adversely affects oocyte number, oocyte quality, corpus luteal function, and endometrium and thus decreases the pregnancy rate. However study by Isa et al. in 2014 found no association of pregnancy rate with age. The possible explanation could be that the patients were <40 years and that ovarian stimulation improves the follicle and endometrial development and the resultant good quality corpus luteum prevents luteal phase defect.

Body mass index has also been studied as a prognostic factor. Obesity has been found to be associated with anovulatory infertility due to the changes in sensitivity to insulin and androgen which affects hormonal milieu.

Number of IUI cycles has been found to be significant; most of the patients conceived during the 1st cycle while the remaining conceived in the 2nd cycle and none conceived during the 3rd cycle. The principal weakness of this study is the small sample size and high dropout rate as very few patients were followed up till the third cycle. A high dropout rate could be due to the possible change of plan as the patient is dissatisfied with the treatment and frustrated with repeated hospital visits for injection and follicular monitoring.

Duration of stimulation was found to be significantly associated with success. 12.92 +- 2.99 days was the average duration of stimulation among those who conceived; that is, when ovulation occurred around the time of natural cycle the follicle growth was optimum and probably the endometrium was in-phase with the developing embryo with better receptivity and hence better pregnancy rate.

Ovarian hyperstimulation syndrome (OHSS, Pic. 4) is a clinical symptom complex associated with ovarian enlargement resulting from exogenous gonadotropin therapy. In severe cases, a
critical condition develops with massive ascites (fluid accumulation in the abdominal cavity, marked ovarian enlargement, pleural effusion, electrolyte imbalance, hypovolemia (decreased volume of circulating blood) with hypotension (low blood pressure), oliguria (low production of urine), hemoconcentration (abnormally viscous blood), and thromboembolism (occlusion of arteries by blood clots). Moderate to severe ovarian hyperstimulation syndrome (OHSS) has been calculated to occur in 0.2% to 2% of all ovarian stimulation cycles. Severe OHSS can be a life-threatening complication. The prognosis is usually worse in patients who get pregnant and have this syndrome.

In women with good response to the hCG injections, estrogen levels rise significantly. A possible adverse effect of elevated estrogen is the formation of blood clots. A blood clot can cause various symptoms including swelling (e.g. of a limb), pain or tingling, numbness, warmth of the skin, breathing difficulty, dizziness, confusion or headache. The condition should be dealt with immediately, as blood clots of deep veins (also called deep vein thrombosis) can further cause a pulmonary embolism, which can be life-threatening.

hCG injections are in almost all cases an important part of a more complex therapeutic process. Therefore, the outcome of the treatment depends on many more factors and may vary from patient to patient.

The rates of achieved pregnancies in assisted reproductive technology depend on the chosen method of oocyte fertilization. Following the ovarian stimulation with hCG, either IUI or oocyte retrieval and IVF may follow. IUI is a relatively less expensive and less invasive procedure; it is based on the principle of “increasing the number of gametes (sperms and oocytes) at the right place at the right time.” Success rate of controlled ovarian stimulation (COS) with intrauterine insemination (IUI) varies between 8 and 22%.
In most cases absence of fertilization or implantation has been held responsible for the absence of pregnancy and consequentially IVF is deemed as a logical choice of treatment. The rate of success for IVF is correlated with a woman’s age. More than 40 percent of women under 35 succeed in giving birth following IVF, but the rate drops to a little over 10 percent in women over 40. 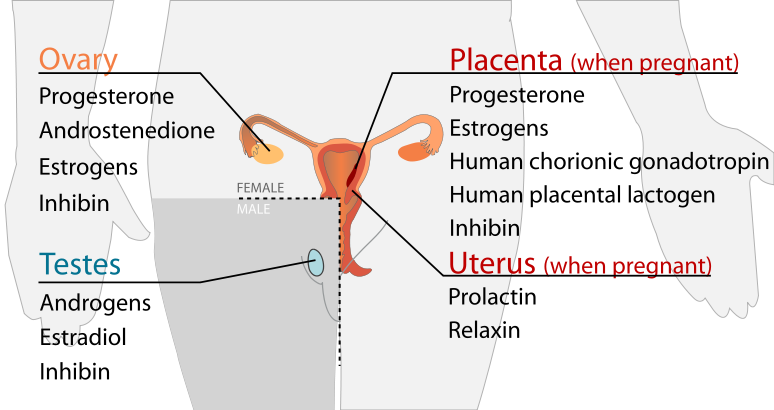 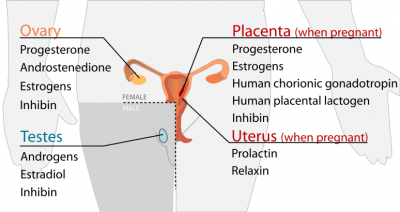 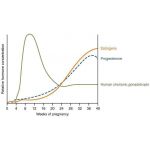 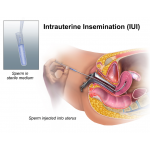 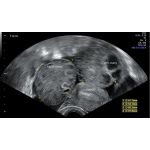