A technique of assisted reproduction which refers to visually confirmed placement of the embryo(s) at a specific area on the surface of the uterus.

Hysteroscopic endometrial embryo depositon (HEED) refers to visually confirmed placement of the embryo(s) at a specific area on the surface of the uterus. It is done in an office setting, using a special fiberoptic scope (a flexible fiber-optic bundle with an eyepiece on one end and a lens on the other that is used to examine and inspect small, difficult-to-reach places such as the insides of machines, locks, and the human body) and camera plus special tubing, and it takes approximately two minutes to perform.

Embryo transfer is traditionally performed by “blindly” replacing the embryos into the uterine cavity utilizing a transcervical catheter at approximately 2-5 days of development. Recently, there have been many studies proposing potential embryo transfer related factors to the low success rate in pregnancy outcomes such as uterine contractions, expulsion of embryos, blood or mucus on the catheter tip, bacterial contamination of the catheter, and retained embryos.

A hysteroscopic endometrial embryo deposition is done with a transvaginal ultrasound of the uterus and the direction and thickness of the endometrial lining is ascertained. With patient in lithotomy (a common position for surgical procedures and medical examinations involving the pelvis and lower abdomen) position (Pic. 1), a speculum (a medical tool for investigating vaginal orifices) is placed in the vagina and the cervix exposed. The cervix is grasped with an allis clamp (a surgical instrument with sharp teeth) (Pic. 2) and stabilized. A flexible hysteroscope (Pic. 3) loaded with embryo catheter containing the embryos (Pic. 4) is then gently inserted through the cervical os under direct visualization of the cervical canal into the uterine cavity. Once the cavity is visualized, it is then further advanced to the fundus (the top portion, opposite from the cervix) of the uterus. The loaded embryo transfer catheter is then advanced to the tip of the hysteroscope and placed over into the uterus (Pic. 5). The embryos are then gently released by the embryologist.

HEED can also be used for earlier (day 2 or 3) embryos as well as the more advanced embryos. This is especially advantageous in situations where the numbers of embryos are limited, or embryo quality is of concern. It is particularly useful in patients with advanced reproductive age, or when egg production is low, or in patients with poor sperm parameters.

Patients will actually see the process on video monitor. The entry into the uterus is not always easy, as the non-stirrable tip of the catheter must usually go through different curvatures in the cervical canal and the uterine cavity while minimizing injury to the lining of the uterus, before it reaches the final destination. The flexible hysteroscope has a stirrable tip, helping guide the endoscope in a gas expanded uterine cavity. The slightly expanded uterine cavity also helps avoid contact between the hysteroscope and uterine surface. The final destination of the tip of the catheter is visually confirmed. This more precise placement and lower volume of transfer fluid may help reduce incidence of ectopic pregnancies even further. It may also reduce chances placenta previa (an obstetric complication in which the placenta is inserted partially or wholly in the lower uterine segment), where the after birth is lying over the uterine opening. Presence of uterine contraction at the time of transfer that are otherwise not noticeable by using the “blind” embryo transfer technique, can be visually confirmed and embryo transfer deferred. Precise and visually confirmed placement, may reduce percentage of multiple pregnancies, by reducing number of embryos transferred because of the less uncertainty of the placement of embryos with the “blind” technique. Nevertheless, since the embryo(s) are laid on top of the uterine surface, due to inherent uterine contractions over the next few days after the embryo delivery and prior to their natural implantation in the uterine cavity, the embryo(s) may be expelled either into the fallopian tube (causing ectopic pregnancy) or out of the uterus, as they do with the current “blind” embryo transfer technique.

This procedure is associated with risk of endometrial injury with the scope but it is lower than in blind and ultrasound guided transfers. 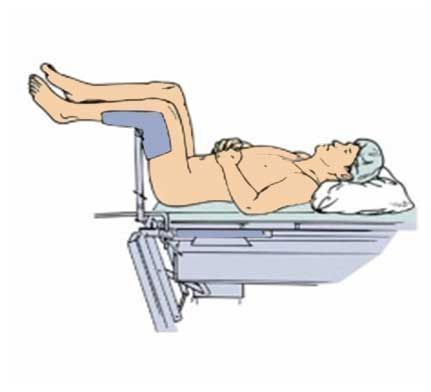 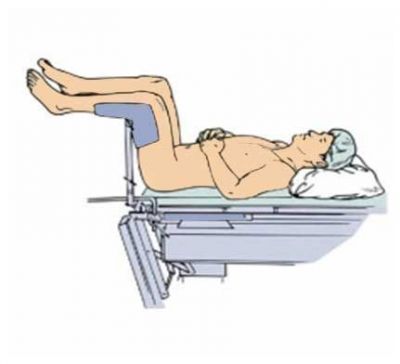 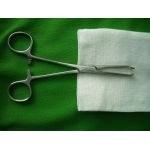 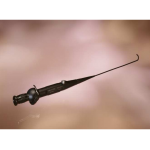 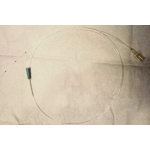 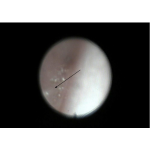