The inspection of the uterine cavity by endoscopy with access through the cervix.

Hysteroscopy (Pic. 1) is a procedure used to examine the inside of the womb (uterus).

The introduction of hysteroscopy in gynecologic practice revolutionized the diagnosis and treatment of intrauterine disease.

New methodological and technological developments have made diagnostic and operative hysteroscopy much more efficient, cost effective, safe, and useful. The most common indication for hysteroscopy is abnormal uterine bleeding (AUB), but it is also used in cases of infertility and Mullerian anomalies.

Uterine factors can be found in only 2 to 3% of infertile women, but intrauterine lesions are much more common in this setting (40–50%). These lesions can compromise spontaneous fertility as well as reduce pregnancy rates in assisted reproduction.

Published observational studies suggest increased pregnancy rates after the hysteroscopic removal of endometrial polyps, submucous fibroids (Pic. 2), uterine septum, or intrauterine adhesions (Pic. 3), which can be found in 10% to 15% of women seeking treatment for subfertility.

The assumption of the minimal invasiveness of hysteroscopy is based on facts such as the miniaturisation of scopes, the uncommon need of anaesthesia and the progressive simplification of the technique. Based on fine hysteroscopes (Pic. 4, 5; a telescope attached to a light source, which then is passed into the uterine cavity) produced recently, hysteroscopy can be easily performed in an office-based environment. The more attractive office environment compared with the conventional operating theater, the no-need for general anaesthesia and the reduced cost compared to the classic hysteroscopy are the main advantages that characterize office hysteroscopy and that made it more popular during the last years.

The diameter of the hysteroscope is generally too large to conveniently pass the cervix directly, thereby necessitating cervical dilation to be performed prior to insertion. Cervical dilation can be performed by temporarily stretching the cervix with a series of dilators of increasing diameter. The hysteroscope with its sheath is then inserted transvaginally guided into the uterine cavity, the cavity insufflated, and an inspection is performed. The uterine cavity is a potential cavity and needs to be distended to allow for inspection. Current recommendation is to use the electrolytic fluids in diagnostic cases, and in operative cases in which mechanical, laser, or bipolar energy is used. Each of distention fluids is associated with unique physiological changes that should be considered when selecting a distention fluid.

The technique does not have absolute contraindications but, in general, it is not indicated in acute inflammatory pelvic disease, cervicitis (an inflammation of cervix), after recent uterine perforation and if pregnancy is suspected or confirmed, when risks and benefits should be considered.

The position of hysteroscopy in current fertility practice is under debate. There are many randomized controlled trials on technical feasibility and patient compliance demonstrating that the procedure is well tolerated and effective in the treatment of intrauterine pathologies. However, no consensus on the effectiveness of hysteroscopic surgery in improving the prognosis of subfertile women is available.

The randomized trials do not clearly demonstrate that surgical correction of all intrauterine abnormalities improves in vitro fertilization (IVF) outcome.

However, published observational studies suggest a benefit for resection of submucosal leiomyomas, adhesions, and endometrial polyps in increasing pregnancy rates.

A possible problem is uterine perforation when either the hysteroscope itself or one of its operative instruments breaches the wall of the uterus. This can lead to bleeding and damage to other organs. If other organs such as bowel are injured during a perforation, the resulting peritonitis (an inflammation of the serous membrane that forms the lining of the abdominal cavity) can be fatal.

Furthermore, cervical laceration (a torn wound of cervix), intrauterine infection (especially in prolonged procedures), electrical and laser injuries, and complications caused by the distention media can be encountered.

The use of insufflation media can lead to serious and even fatal complications due to embolism (a blockage inside a blood vessel) or fluid overload with electrolyte imbalances. Particularly the electrolyte-free insufflation media increase the risk of fluid overload with electrolyte imbalances, particularly hyponatremia (low levels of natrium), heart failure as well as pulmonary and cerebral edema.

Evaluation of the uterine cavity is a basic step in female infertility workup. Classically, hysterosalpingography and transvaginal sonography are most commonly used for this purpose. Hysteroscopy, however, is considered the gold standard for diagnosis of intrauterine lesions. The benefit of the systematic use of hysteroscopy in the initial assessment of infertility remains unclear and the exploration of the uterine cavity in the initial assessment of infertility should be based on hysterosalpingography (HSG) or hysterosonography. Systematic hysteroscopy before IVF is a widely accepted practice which is supposed to improve pregnancy rates but still lacks scientific evidence. After repeated implantation failure in IVF cycles, uterine cavity should be reevaluated by hysteroscopy and this practice has been demonstrated to improve pregnancy rates. 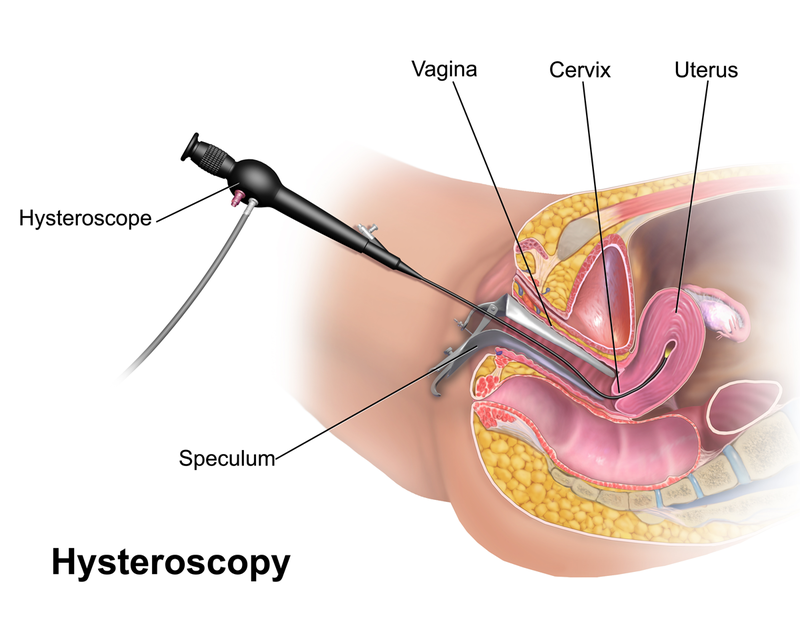 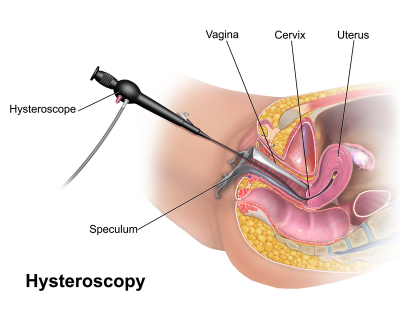 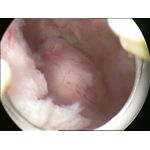 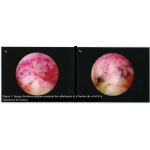 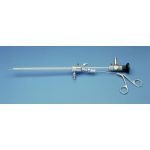 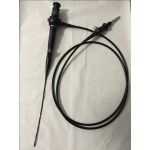