A modern surgical technique in which operations are performed far from their location through small incisions elsewhere in the body.

Laparoscopic surgery (Pic. 1) or laparoscopy is a surgical procedure, which is used to examinate the organs inside body through small incisions far from the location of problem. Laparoscopic surgery includes operations within the abdominal or pelvic cavities, whereas keyhole surgery performed on the thoracic or chest cavity is called thoracoscopic surgery.

Laparoscopy is performed with an instruments called laparoscopes, which are long, thin tubes. In the of of the tube, there is a high-resolution camera with high-intensity light. The instrument is inserted through the incision, moves along, and the camera sends images to a video monitor outside the body.

Also attached is a fiber optic cable system connected to a "cold" light source (halogen or xenon), to illuminate the operative field, which is inserted through a 5 mm or 10 mm cannula or trocar (Pic. 2).

The abdomen is usually insufflated with carbon dioxide gas. This elevates the abdominal wall above the internal organs to create a working and viewing space. CO2 is used because it is common to the human body and can be absorbed by tissue and removed by the respiratory system. It is also non-flammable, which is important because electrosurgical devices are commonly used in laparoscopic procedures.

There are two different formats for laparoscopic surgery. Multiple incisions are required for technology such as the da Vinci Surgical System (Pic. 4), which uses a console located away from the patient, with the surgeon controlling a camera, vacuum pump, saline cleansing solution, cutting tools, etc. each located within its own incision site, but oriented toward the surgical objective.

In contrast, requiring only a single small incision, the "Bonati system" (invented by Dr. Alfred Bonati), uses a single 5-function control, so that a saline solution and the vacuum pump operate together when the laser cutter is activated. A camera and light provide feedback to the surgeon, who sees the enlarged surgical elements on a TV monitor. The Bonati system was designed for spinal surgery and has been promoted only for that purpose.

Conceptually, the laparoscopic approach is intended to minimise post-operative pain and speed up recovery times, while maintaining an enhanced visual field for surgeons. Due to improved patient outcomes, in the last two decades, laparoscopic surgery has been adopted by various surgical sub-specialties including gastrointestinal surgery (Pic. 5), gynecologic surgery (Pic. 6) and urology (Pic. 7).

If there is high suspicion of intra-abdominal injuries in patients after some traumatic injuries, laparoscopy is quick option to evaluate and treat the condition.

A lot of intra-abdominal cancers are proven to be inoperable. A laparoscopis surgery can be performed to help to decide, if patient will have or will not have benefit from chemotherapy.If the cancer is too widespreaded and high stage, the chemotherapy will not help, and will be more harm than help.

In gynaecology, laparoscopic surgery is performed in infertile women, or in women which have chronic pelvic pain. Direct visualization of pelvic structures, allows identification of common etiologies, including endometriosis, adhesions, and ovarian cysts.

Laparoscopic surgery cannot be performed on patient with hemodynamic instability (not stable blood flow). Other contraindications are relative and include chronic obstructive pulmonary disease, and peritonitis.

1.    Apart from the alterations caused by the pneumoperitoneum, which have significant effects on the patient, especially if they are elderly or have associated morbidity, it may cause some complications such as severe hypercarbia (a condition of abnormally elevated carbon dioxide levels in the blood), cardio-pulmonary compromise (an umbrella term for an impairment of the body's ability to deliver oxygen properly), air embolism or gas migration.

a.    Complications of access or trocar entry include: hollow or solid perforation of internal organ, abdominal wall or major vessel injury, incisional hernia (when an organ pushes through the muscle or tissue that holds it in place) and peritoneal tumor cell implantation.

Despite potential hazards, the benefits of laparoscopic surgery have been shown to outweigh the risks for a number of common gynaecological procedures. Laparoscopic sterilisation using any method is associated with reduced major morbidity. Laparoscopy is the gold standard for diagnosis in the investigation of chronic pelvic pain and endometriosis. In cases of unruptured ectopic pregnancy the surgical treatment of choice is via laparoscopy. 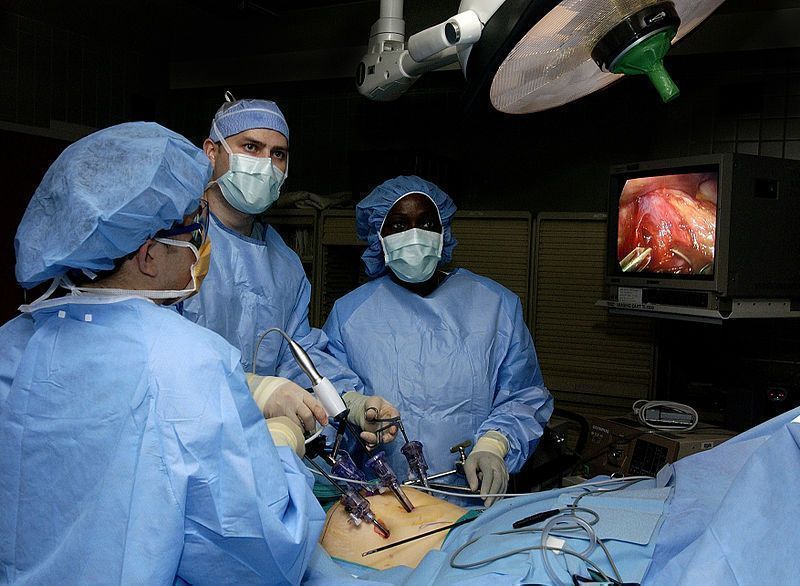 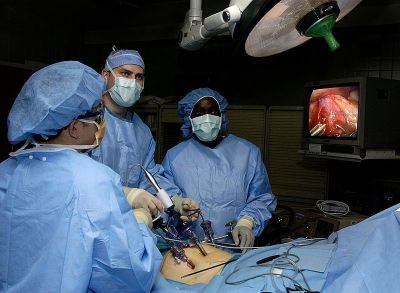 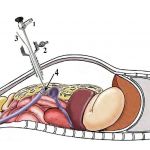 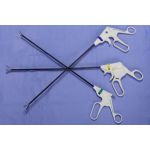 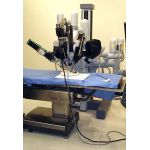 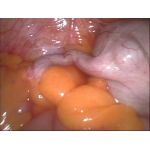 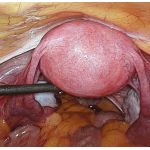 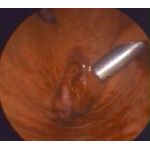 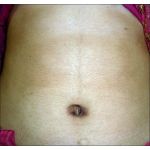