MESA was first described in 1985. This surgical technique requires testis delivery through a 2-3-cm transverse scrotal incision. The epididymal tunica is incised, and an enlarged tubule is selected. Then, the epididymal tubule is dissected and opened with sharp microsurgical scissors. The fluid that flows out of the tubule is aspirated with the aid of a silicone tube or a needle attached to a tuberculin syringe (Pic.1) The aspirate is flushed into a tube containing warm sperm medium and is transferred to the laboratory for examination. MESA can be repeated at a different site on the same epididymis (from the cauda to caput regions) and/or the contralateral epididymis until an adequate number of motile sperm is retrieved.

An embryologist examines the sample for the presence of motile sperm. If no motile spermatozoa are found at the first site, the maneuver is repeated. Typically, only a few microliters of epididymal fluid are retrieved because sperm are highly concentrated in the epididymal fluid (approximately 1x106 sperm/ml). A MESA approach should provide more than adequate numbers of sperm for immediate use, as well as for cryopreservation.

If MESA fails to retrieve motile sperm, TESA or TESE can be performed as part of the same procedure. However, MESA often provides enough sperm for cryopreservation. A single MESA procedure usually enables the retrieval of a large number of high-quality sperm that can be used for ICSI or intentionally cryopreserved for subsequent ICSI attempts. As reported by Dr. Shlegel and colleagues, who used MESA and ICSI in a group of men with obstructive azoospermia, clinical pregnancies were detected by a fetal heartbeat in 75% (57/ 76) of attempts, and healthy deliveries occurred in 64% (49/ 76) of attempts.

ANESTHESIA FOR SPERM RETRIEVAL PROCEDURES Sperm retrievals are relatively simple surgeries that can be safely performed with general anesthesia or spinal blocks. However, because sperm retrievals are typically outpatient procedures, the latest trend is to employ local or locoregional anesthesia with or without intravenous sedation. In another study of 26 patients undergoing MESA, only 38% of the patients tolerated the procedure solely under spermatic cord block through the infiltration of 5-8 mL of 1% lidocaine; the remaining 62% required intravenous sedation. The percentage of patients who underwent a bilateral procedure and required intravenous sedation was as high as 75%.

General anesthesia may offer comfort and the efficient management of anxiety. However, when performed with inhalational agents such as N2O and halogenated agents, this approach is associated with a high incidence of postoperative nausea and vomiting. These two complaints are among the most frequent causes of hospitaliza-tion and the inability to discharge patients scheduled for ambulatory procedures. Additionally, these symptoms are among the most feared by patients undergoing minor surgery, surpassing even postoperative pain.

The great advantages of MESA are large number of sperm retrieved (epididymal sperm are mature and motile in comparison with testicular sperm), high number of sperm for cryopreservation and reduced risk of hematoma. There is possibility of reconstruction in cases of post-vasectomy obstructions.

For patients with OA of any etiology is MESA standard procedure for sperm acquisition. This surgical sperm retrieval allows gain of millions of motile sperm that may be electively cryopreserved for use in multiple ICSI cycles to yield optimal reproductive outcomes. 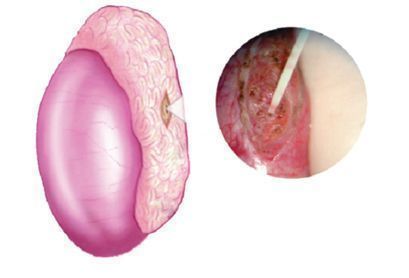 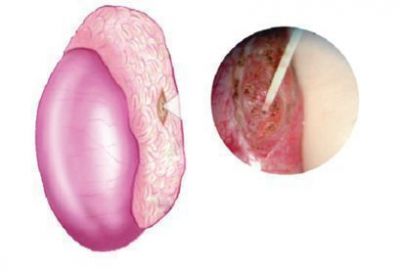 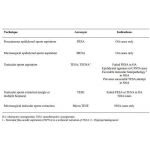 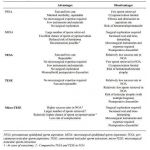