The technique of letting the contents of ovarian follicles and the oocytes inside mature in vitro.

About Oocyte in vitro maturation

In Vitro Matuation (IVM) is a method in which immature oocytes in antral follicles (an ovarian follicle during a certain latter stage of maturation) will be extracted and mature in laboratory conditions. By harvesting and maturing outside the body (in vitro), many more oocytes may survive.

In in vitro maturation the oocytes need to be firtstly obtained from the subject. Normally the timing of this is dependent on the stage of the cycle the subject is in, which is usually monitored using ultrasonography. In IVM the eggs are immature and are collected in earlier stage of development. Woman does not have to take as many drugs as in in vitro fertilization which eliminates the side effect of high dose of hormones. Some studies shows that IVM can be achieved in immature oocytes isolated from ovaries without taking account of the phase of the menstrual cycle in which they are collected, and without any hormonal stimulation. If without the use of stimulation, oocytes are obtained when the largest follicles are around 10mm in size.

In humans, oocyte retrieval can be done with an aspiration needle, using ultrasound to allow accuracy. Depending on whether you are aspirating (obtaining follicles with sucction throught the needle) mature or immature follicles, the protocol differs slightly. In both procedures the aspiration pressure is reduced, but to varying degrees. Additionally, it is more important that the aspirate is filtered when retrieving immature follicles, as the follicles are much smaller and harder to see in the fluid extracted.

After the eggs are obtained they are placed in a dish in an incubator in laboratory for one or two days to mature. Than they are fertilised with partner’s sperm and cultured before they are placed in woman’s womb as it is in standart in vitro fertilization.
Adequate endometrial development is essential in any ART procedure, but even more so in IVM because a dominant follicle or a corpus luteum (a temporary endocrine structure in female ovaries which produces progesterone and moderate estrogen levels) is not routinely formed, thus possibly compromising both the follicular and luteal sex steroid contribution to the development of the endometrium.

Suggested parameters for selection of women candidates for IVM treatment are as follows:

IVM has been suggested as an alternative to conventional IVF for minimizing the risk of the ovarian hyperstimulation syndrome (OHSS) in patients with the polycystic ovarian syndrome (PCOS). Moreover, the procedure costs less than IVF because it does not involve expensive gonadotropin injections. Recently, IVM has been proposed as the method of choice for patients undergoing anticancer treatment, particularly for women who require rapid fertility preservation or face the risk of estrogen-sensitive cancer recurrence . However, despite these advantages, the maturation rate and the developmental potential of embryos derived from IVM oocytes are significantly lower than those of oocytes matured in vivo. Moreover, the pregnancy rate with IVM is low compared with IVF. These findings indicate that IVM clinical protocols and culture technology need improvement.

Antral follicle count (AFC) is important in patient selection for IVM in normo-ovulatory patients. If the number of follicles available for recovery is too low, the cycle outcome would be unsatisfactory. At minimum, an AFC more than 5 is required.

Oocyte maturation is associated to follicular size. So the administration of human chorionic gonadotropin (hCG) is determined by the largest follicle diameter when it reaches 10-12 mm. It has been indicated that increasing the time of hCG injection up to 38 h before oocyte retrieval will result in collecting more in vivo matured oocytes, increasing IVM rate and improving clinical outcome.

It seems that growing of oocytes during the final hours of in vitro maturation has profound effect on the outcome. Dominant follicle has detrimental effect on remaining follicles when it exceeds the diameter of 12-14 mm. Allowing follicles to grow up more is desirable because more oocytes and subsequently better embryos will be achieved.

There are different types of maturation media that are generally supplemented with recombinant follicle stimulaing hormone (FSH) and hCG. Pyruvate and adenosine triphosphate (ATP) as energy metabolites, taurine and calcium lactate as an antioxidant and enhancer of the mitochondrial function are branded.

Every method of assisted reproduction has increased risk of multiple pregnancy. It is associated with premature birth, low birthweight and perinatal morbidity.

Very often the couples which are using techniques of assisted reproduction are older than couples which concieve their child naturally and it can influences the quality of oocytes and sperms.

In vitro maturation is also related to exposure of unnatural environment to the eggs and sperms and it can change their natural function.

Some laboratory studies reported higher rates of chromosomal abnormalities in embryos fertilised by method IVM. But this method is not as frequent and other and bigger and more prospective studies are neccessary to prove this statement.

Patients with polycystic ovary syndrome (PCOS) and younger women are at an increased risk of OHSS. In these women, it may be even more beneficial to employ IVM rather than conventional IVF treatment.

Women with a personal or family history of an oestrogen associated thrombus, or of severe cardiovascular disease, may also benefit from IVM. This is because conventional IVF, with its hyperstimulation of the ovaries, has the potential to stimulate mass synthesis of oestrogen via the stimulation of granulosa cell oestrogen production.

It should be noted that IVM can be performed urgently irrespective of the phase of the menstrual cycle without affecting the quantity and maturation rate of the oocytes. Therefore, IVM may be a useful option for fertility preservation in cancer patients without ovarian stimulation and with no delay in the cancer treatment. In vitro follicle growth is a potential approach for young women who are facing a risk of premature ovarian failure (POF) caused by radiation or chemotherapy. This technique does not require hormone stimulation, is available to both reproductive-age women and prepubertal girls, and could avoid the risk of re-exposure of cancer cells in transplantation. One of the technical problems yet to be resolved is the time at which to freeze the immature oocytes. Cryopreservation at the germinal vesicle stage may reduce damage to the oocyte; however, recent evidence indicates improved survival with cryopreservation before immature oocyte vitrification. 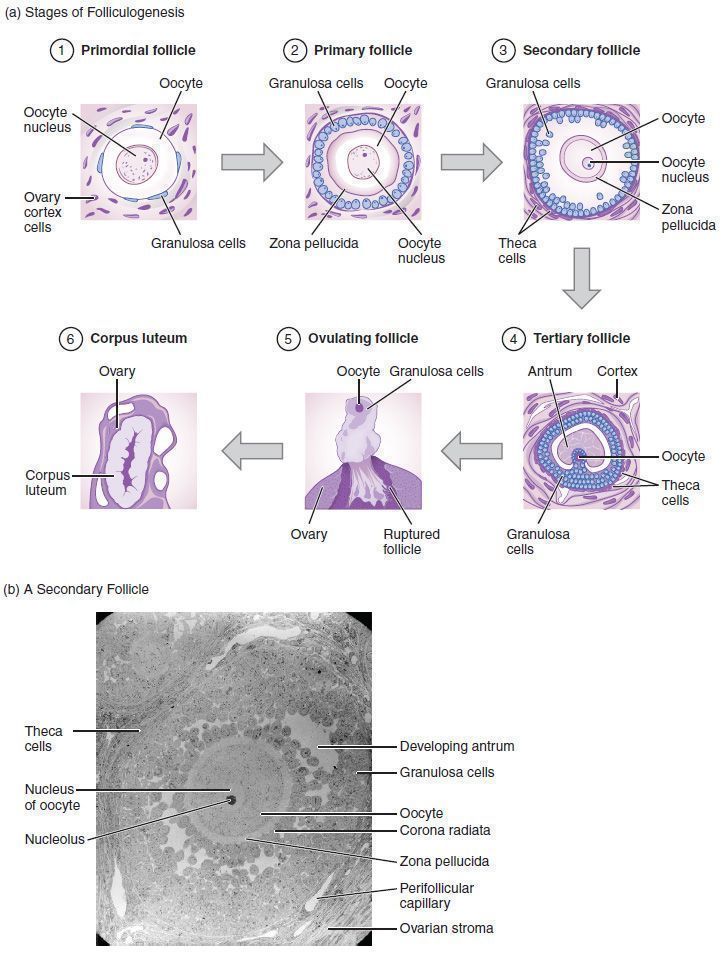 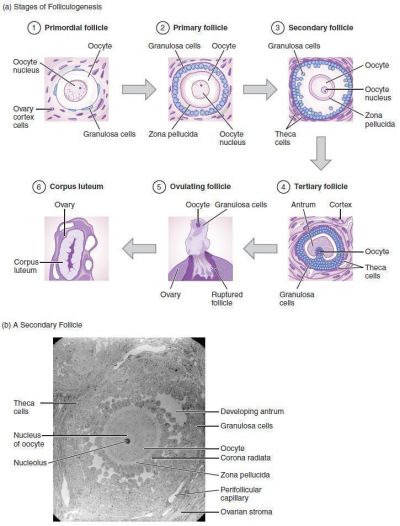