Surgical removal of one or both testes.

The term orchiectomy (or orchidectomy) is used when one or both male’s testes (Pic. 1; Pic. 2) are surgically removed. Extracting both testes is a surgical form of castration (i. e. making a man infertile, either by removal of the testes, or by artificially interfering with blood levels of sex hormones).

Orchiectomy can be divided into several categories. Firstly, according on how many testes are removed, we distinguish between unilateral (if one), and bilateral (if both). Secondly, there are three main types of orchiectomy based on the method of operation: simple, subcapsular, and inguinal.

This operation is commonly performed as a part of sex reassignment surgery for transgender women (i. e. altering the biological functions and physical appearance from male to female). Another possible indication is as palliative treatment for patients with advanced prostate cancer, as it is believed that lowered testosterone levels (testosterone is the main male sexual hormone, produced mainly by the testes) can slow down the cancer growth.

The surgery usually takes about 30 minutes and is commonly performed under local or epidural (meaning that the drug is administered around the spinal cord) anesthesia. An incision is made in the midpoint of the scrotum. Then the testis (or testes) is (are) removed along with a part of the spermatic cord (i. e. a cord-like structure made of the ductus deferens and the surrounding vessels, nerves, and other tissue). If the patient desires, a prosthetic testis can be inserted to preserve normal scrotal appearance. At the end, the incision is closed with sutures.

Often, subcapsular orchiectomy is used in treating prostate cancer, in order to lower testosterone levels. It usually takes about 30 minutes and local or epidural anesthesia is used, as in simple orchiectomy. The operation resembles to simple orchiectomy, but only the inner part of the testes (i. e. the one that produces testosterone) is removed. Thanks to this, the appearance of an ordinary scrotum is kept.

It is performed in patients with testicular cancer (as opposed to the types mentioned earlier that are mainly related to prostate cancer; Pic. 3). The aim of the surgery is to remove the tumour thus to prevent its possible spread into the body. The incision is made in the inguinal area (i. e. in the lower lateral abdomen) and both the testis and the spermatic cord are removed (Pic. 4). This is because if the testis was removed through an incision in the scrotum, physiologic pattern of lymphatic drainage would be disrupted, which is undesirable in the cancer is in proximity. Testicular cancer often spreads in a predictable manner into the lymph nodes inside the abdomen, and disrupting the lymph drainage would lead to unpredictable spreading (therefore surveillance would be more difficult). The operation takes between three and six hours, depending on whether the patients desires to have a prosthetic testis inserted.

Partial orchiectomy (meaning that not the whole testis is removed) has been examined as an alternative therapy to radical orchiectomy in testicular cancer. It could possibly preserve testicular function to spare patient lifelong testosterone replacement. However, it has to be examined further before possibly putting it into clinical practice.

Succes of orchiectomy depends on the stage of cancer of the patient, since early detection is the key to success. If a man recognists some tenderness or lump in his testis, he should visit a doctor for further examination.

Besides the time factor, there are other aspects that can influence the prognosis. Overall health of the patient plays a role (as in any other surgery), as well as the type of the cancer: not all types are equally aggressive. The surgery being performed by an equipped and experienced workplace can maximize the patient’s odds.

If the testicular cancer hasn’t spread into the body, orchiectomy can resolve the disease without the need of additional treatment. If metastases are present, orchiectomy will not restore the patient to health.

In sex reassignment surgery, final success depends on patient’s overall health, her adherence to doctors’ instructions, as well as on the quality of the workplace.

Orchiectomy itself cam be a result of complications after inguinal hernia repair. As a rare complication of inguinal hernia surgery, ischemic orchitis (i. e. inflammation of the testis due to insufficient blood supply) can occur. This may even lead to infarction (i. e. death of tissue or organ due to ischemia). In such a case, orchiectomy must be performed.

Complications from orchiectomy include bleeding and infection. In total orchiectomy, the ilioinguinal nerve (running anterior to the spermatic cord) can be damaged during the operation, which leads to numbness in the inner thigh, or chronic groin and scrotal pain. Other symptoms also include intermittent and chronic back pain and sudden loss of mobility in the lower back.

Orchiectomy is primary done due to testicular cancer. This is a highly treatable disease because it is very often located only in the testes and do not spread further into the rest of the body.

If one testis remains and is not damaged (to be discussed later), fertility can be preserved. However, if both testes are removed, the man becomes infertile.

Furthermore, a possible future impact is gonadal dysfunction (i. e. disorders of the gonadal, in men testicular, function), even after unilateral orchiectomy (i. e. removal of one testis). It is caused by disruption in hypothalamic-pituitary-gonadal axis (a complex interaction between the hypothalamus, pituitary gland, and the gonads), and has several clinical manifestation, one of which is fertility problems. 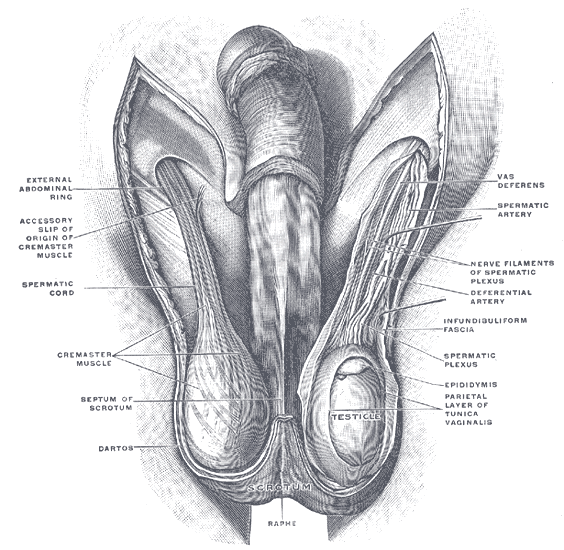 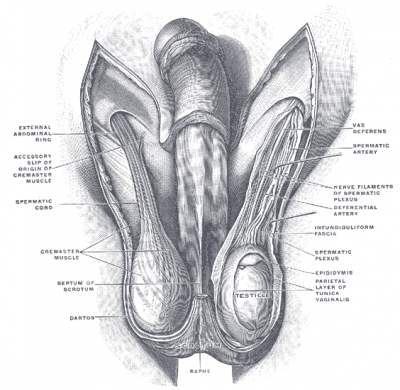 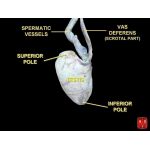 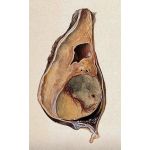 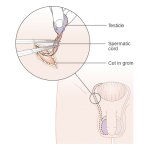