Surgery to move an undescended testicle into the scrotum used as a treatment of cryptorchidism.

Orchiopexy is a surgery to move an undescended (cryptorchid) testicle (Pic. 1) into the scrotum and permanently fix it there. Orchiopexy typically also describes the surgery used to resolve testicular torsion (Pic. 2). Orchiopexy is a necessary procedure for the treatment of a common problem in the pediatric population.

It is traditionally performed through an inguinal procedure, with a second incision made in the scrotum to set the testicle. Surgical treatment via an inguinal incision is the main treatment option for palpable testicles, but can also be employed for the evaluation and treatment of non-palpable testis (a testis that cannot be felt and may be intraabdominal or absent). In this situation, however, surgical exploration can often require large incisions and extensive dissections, especially in bilateral cases.

Undescended testicle, or cryptorchidism, is one of the most common congenital urological diseases. The prevalence of cryptorchidism at birth varies from 2 to 5%, and the testes mostly descend during the first 6 months of life. The undescended testicle (cryptorchidism) may be intra-abdominal or what is termed cannilicular in nature. Cannilicular describes those testicles along the normal pathway of descent that are both outside of the abdominal cavity, but not in the scrotum. This anomaly is associated with an increased risk of testicular cancer and infertility as well as hernia, testicular torsion, and psychological distress. A higher risk of infertility and testicular malignancy associated with failure of testicular descent can be reduced significantly by correction of cryptorchidism. Currently, orchiopexy is recommended between 6 and 12–18 months. However, the optimal timing of surgical intervention is still widely debated. Numerous studied showed that the average age of boys with undescended testis (UDT) at the time of surgery is still above the recommended age. A major concern with regard to UDT is potential impaired fertility. Most current studies have documented satisfactory testicular growth as long as orchiopexy was performed before two years of age.

Orchiopexy can also be performed to resolve a testicular torsion. Testicular torsion occurs when the spermatic cord (from which the testicle is suspended) twists, cutting off the testicle's blood supply. The most common symptom in children is rapid onset of severe testicular pain. The testicle may also be higher than usual and vomiting may occur. Testicular torsion is a surgical emergency that requires immediate intervention to restore the flow of blood. If treated either manually or surgically within six hours, there is a high chance (approx. 90%) of saving the testicle. At 12 hours the rate decreases to 50%; at 24 hours it drops to 10%, and after 24 hours the ability to save the testicle approaches 0. Common treatment for children is surgically sewing the testicle to the scrotum (orchiopexy) to prevent future recurrence.

The treatment of the cryptorchid testis before 2 years of age is recommended, treatment is necessary not only for the risk of malignancy, but also for the satisfaction and improvement in the quality of the patient’s life and parents´ concern for their children’s health. The undescended testicle may be located within the normal line of descent (for example, in the inguinal canal) or high in the scrotum or ectopically (i.e. the abdomen). The higher the testicle, the less successful the procedure. However, the procedure has a high success rate overall.

Orchiopexy is also used in the treatment of testicular torsion. If caught early enough and the blood supply can be restored to the testicle, this operation can be performed to prevent further occurrence of torsion. Sometimes orchiopexy is also done preventively in adults in cases in which the patient has the bell-clapper deformity (abnormal placement of the testis in the scrotum, making it more susceptible to torsion), retractile testicles (abnormally mobile testes, capable of moving upwards into the groin) or intermittent torsion.

The most serious complication of orchidopexy is testicular atrophy (loss of testicular tissue). It occurs in a small percentage, which is about 5-10%. Infertility may occur in 1 to 3 of 4 adult males and the risk of occurrence of malignancies is increased by as much as 5-10 times higher in men with a history of UDT.

Orchidopexy, as a surgical procedure, carries also the risk of common intraoperative and postoperative complications, such as bleeding or infection.

Orchiopexy performed before the age of one year significantly improves the growth of the undescended testis, as assessed using the growth percentage ratio (GPR), compared to orchiopexy at an older age. 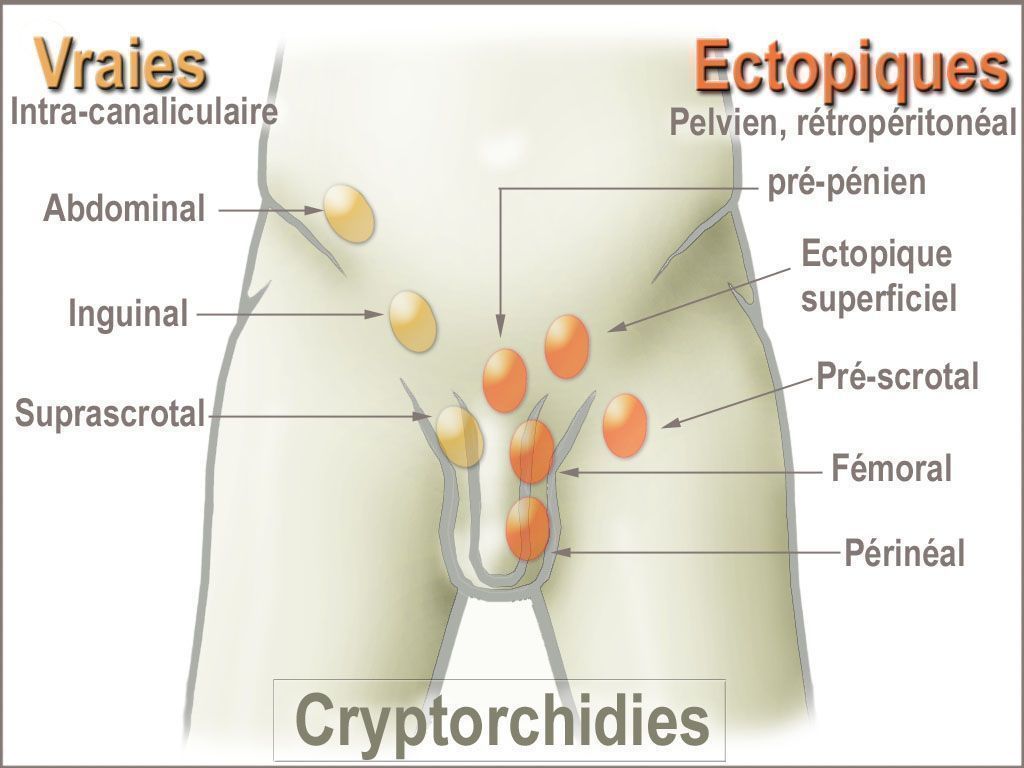 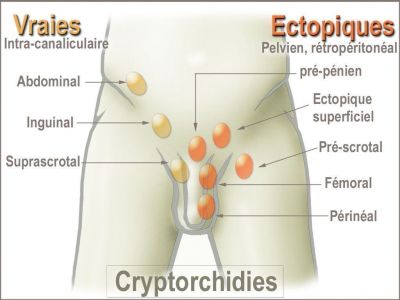 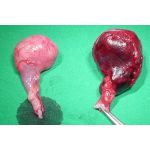