About Pharmacotherapy of anorexia

The focus of pharmacological interventions in AN depends on the phase of illness. In the acute phase drugs are given to increase body weight and reduce AN symptoms (such as recurring thoughts about weight, caloric intake, depression, anxiety and obsessive/compulsive symptoms).

In the second phase pharmacotherapy is expected to improve underlying psychopathology and prevent relapse. Various types of medication have been studied in the treatment of AN; antidepressants, antipsychotics, nutritional supplementation and hormonal medication.

The use of antidepressant drugs (AD) in the treatment of DCA (the eating disorders) appears reasonable not only in relation to the high rates of comorbidity (greater than 50%) with mood depression in these particular patients but also for the marked involvement in the genesis of eating disorders, of certain neurotransmitters such as serotonin and norepinephrine.

The effectiveness of AD, both of tricyclic (TCA) and of the most recent serotonin reuptake inhibitors (SSRIs), in the weight recovery in AN patients is definitely not very significant. The TCA in the few randomized trials literature have not shown significant benefits compared to placebo. In addition, the possible side effects on the cardiovascular system of the TCA will greatly limit their use in anorexia nervosa patients. Also SSRIs (Pic. 2), in some randomized trials with fluoxetine have shown little effectiveness in promoting weight regain in anorexia nervosa patients. It has been postulated that the lack of efficacy of serotonergic drugs in the acute phase of AN is modest in relation to the intake of tryptophan, the precursor of serotonin, with the power supply.

Antipsychotic drugs (AP) are used, albeit with caution, in the treatment of AN. The action of AP is mainly focused on the interaction of dopamine and serotonin systems, and often they increase appetite and weight gain in patients with major psychiatric disorders, for example, schizophrenia or bipolar disorder. Paradoxically, in AN APs are not particularly useful in the weight recovery, but they are used to reduce other symptoms present in AN such as body image alteration, design pathologically focused on weight and food, fear of gaining weight, the obsessive-compulsive symptoms, pseudohallucinations and reduce agitation.

Brambilla et al. have compared low-dose olanzapine (2.5 mg/day in the first month and then 5 mg/day for two months) in anorexia nervosa patients treated with cognitive-behavioral therapy (CBT), with placebo in 30 outpatients. The group treated with olanzapine reported a greater increase in weight and a significant reduction in depressive symptoms and aggression but only in patients with AN binge-purge (eating excessively and then inducing vomiting).
Bissada et al. compared the olanzapine with placebo over a period of 10 weeks in a group of 34 patients with AN. The group treated with olanzapine presented a higher recovery rate of weight gain and improvement in obsessive-compulsive symptoms as measured by the Yale-Brown Obsessive-Compulsive Scale rating (YBOCS). Other SGA, such as risperidone, quetiapine, aripiprazole, and ziprasidone, have not been extensively studied in RTC trial as olanzapine in the treatment of AN.

These few RTC trials suggest a possible role of SGA in reducing psychiatric symptoms associated with the AN and in promoting weight recovery, but these drugs are not easily accepted among anorexics who live it as particularly intrusive and coercive respect of their personality. In addition, the possible side effects, such as extrapyramidal symptoms (involuntary, purposeless movements) and QT prolongation (an alteration of the heart rhythm, which carries risk for possible arrhythmias in the future) make them dangerous to use in frail patients, underweight, and with possible electrolyte imbalances, as are anorexic. At the moment the main international guidelines fit the use of SGA among the secondary possibilities.

Weight restoration is crucial for successful treatment of anorexia nervosa. Without it, patients may face serious or even fatal medical complications of severe starvation.

However, the process of nutritional rehabilitation can also be risky to the patient. The refeeding syndrome (adverse effects of quick increase in food intake), a problem of electrolyte and fluid shifts, can cause permanent disability or even death. It is essential to identify at-risk patients, to monitor them carefully, and to initiate a nutritional rehabilitation program that aims to avoid the refeeding syndrome.

A judicious, slow initiation of caloric intake, requires daily management to respond to entities such as liver inflammation and hypoglycaemia (low blood sugar) that can complicate the body's conversion from a catabolic to an anabolic state. In addition, nutritional rehabilitation should take into account clinical characteristics unique to these patients, such as gastroparesis (decreased motility of sthe stomach) and slowed colonic transit (bowel movement), so that measures can be taken to ameliorate the physical discomforts of weight restoration.

Adjunct methods of refeeding such as the use of enteral (involving the intestines) or parenteral (excluding the intestine and usually delivering the nutrients directly into the bloodstream) nutrition may play a small but important role in a select patient group who cannot tolerate oral nutritional rehabilitation alone.

Anorexia nervosa represents a state of lowered production of estrogen, the primary female sex hormone, in female patients. Therefore, amenorrhea (cessation of menstrual cycle) is common among girls and women suffering from anorexia. But lower estrogen levels have also been shown to have negative effects on bone density, eventually leading to osteoporosis and increased fragility of the bones. Therefore, supplementation of estrogen usually combined with progestins (hormonal substances derived from progesterone, the other female sex hormone), such as the birth control pill, may be used to prevent the negative effects of anorexia on bone health. Recent clinical trials have also shown that estrogen supplementation (therapeutical administration of estrogen) helps to decrease anxiety in anorexia nervosa patients.

Pharmacotherapy of anorexia nervosa is almost always combined with other methods of treatment, most notably psychotherapy, such as cognitive-behavioral therapy. The success of the treatment is influenced by many psychological factors, such as the patients hope, self-acceptance and a sense of being understood.

Medications like antipsychotic drugs and antidepressants are effective in managing the psychiatric comorbidities linked to anorexia, such as anxiety and depression, but their effect on the disorder itself still requires further research.

One of the other crucial success factors of anorexia treatment is the effectiveness of nutritional supplementation, which is represented by the patient´s weight gain. Successful refeeding of the patient has been proven to be of great importance for the other therapeutic approaches to work.

Complications of the therapy are posed by the side effects of antidepressant and antipsychotic drugs.

The first group, know as TCA's, or tricyclic antidepressants, has several possible adverse reactions ranging from sedation, hypotension, weight gain and seizures. Anticholinergic affects such as tachycardia (increased heart rate), urinary retention and constipation can also occur. Some rare, but reported side effects such as blood dyscrasias (disruption of the bone marrow function) are also possible.

TCA's are an effective drug, however, for treating major depression. To counter act the sedative feeling caused by its antihistamine effect, TCA's may be taken at night. It is noted that with continued use, this reaction decreases. The most serious reported side effects is dysrhythmias (alterations of the heart rhythm) caused by cardiac toxicity. This may result from high doses of TCA's.

Antipsychotic medication blocks type 2 dopamine (D2) receptors which results in increased prolactin secretion (hyperprolactinaemia). This complication is most associated with conventional antipsychotics, amisulpride, and risperidone, which can raise prolactin levels 10-fold above pre-treatment values in both men and women, but because women start off at higher levels, they are more likely to experience symptoms.

The long-term use of antipsychotics is associated with side effects such as involuntary movement disorders, gynecomastia (enlarged breasts in men) and metabolic syndrome (a condition associated with obesity, hypertension and diabetes). They are also associated with increased mortality in elderly people with dementia.

Therefore, the drugs have still a limited role, not decisive or sufficient, in the treatment of eating disorders. However, they are precious aid, and many studies have demonstrated their usefulness. In the treatment of eating disorders, it is necessary, as in other fields of psychiatry, to associate, case by case, the best drug therapy with the most appropriate psychotherapeutic treatment.

As therapy outcome seems much more favourable in youth than in adults, it is important to optimize treatment strategies within this age group. A variety of treatment options emerged within the last decades, including various specialized in- and outpatient treatments. However, despite these efforts and better treatment outcome in adolescents than in adults, long-term treatment success is still unsatisfactory. Although about 50–73% of patients remit, approximately 20–30% remain chronically ill and 9–14% die.

Inpatient care is required for those in need of intensive treatment, for example, when previous (outpatient) treatment has failed, when there is a rapid decline in weight, or when there are physical conditions that need medical attention (e.g., hemodynamic instability or electrolyte abnormalities). Of those admitted to a hospital, almost 50% of adolescent inpatients need more than one inpatient treatment, 40% of which need three or more. Some studies report relapse rates of 85% and more in adolescent patients when reassessed 2–7 years after inpatient treatment. In sum, considering the negative impact of hospitalization on the development in adolescence and the risk of chronicity and morbidity, new and effective treatments are urgently needed. 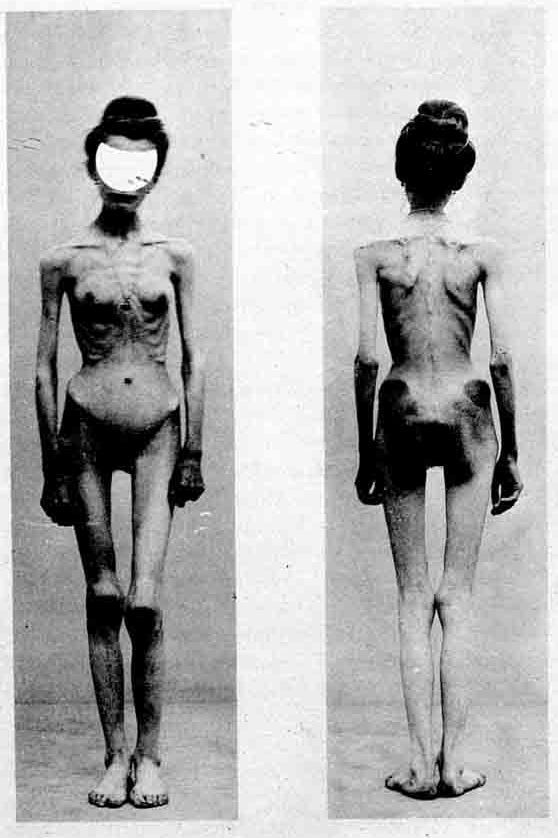 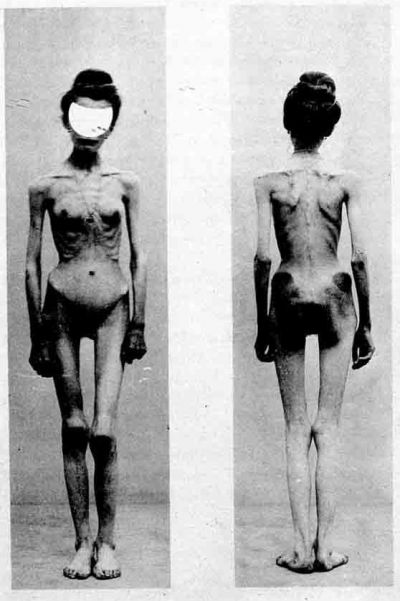 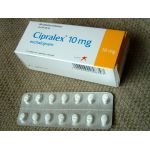 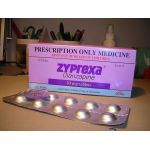