Chemotherapy and hormonal therapy, which is used as a treatment option for endometrial cancer.

About Pharmacotherapy of endometrial cancer

Pharmacotherapy of endometrial cancer is a type of drug treatment, which uses chemotherapeutic agents and hormonal therapy.

Endometrial cancer (EC; Pic. 1) is a condition, which can be treated with chemotherapy as an adjuvant treatment (cancer treatment given after the primary treatment to lower the risk that the cancer will come back) and with hormonal therapy in cases of cancer, which express estrogen and progesteorone.

There are two distinct endometrial tumour types, type I and type II endometrial cancer. They differ in pathogenesis, histology and prognosis. This also determines the treatment options.

Type I tumours are often well differentiated and characterized by endometrioid histology. These tumours are hormone dependent, so the treatment is focused on hormonal therapy. Type II is hormonal independent with poorer prognoses.

Adjuvant chemotherapy is an option for patients with high risk of recurrence and high risk of metastasis. After the surgical resection, there is still possibility that there are cancer cells left. Adjuvant chemotherapy and radiotherapy after surgery is essential to reduce the risk of relapse. The problem is that the optimal scheduling is not known.

The possible role of adjuvant hormonal therapy for stage I EC has also been investigated but currently the evidences are still insufficient to reach any conclusion.

Progesterone/progestin has been proven to be an effective inhibitor (suppressor) of endometrial carcinogenesis (the formation of a cancer) mediated through estrogen exposure.

The expression of ER in endometrial cancer justifies the use of selective estrogen receptor modulators (SERMS), such as tamoxifen and raloxifene.

Gonadotropin-releasing hormone (GnRH) agonists (a chemical that binds to a receptor and activates the receptor to produce a biological response) can effectively suppress estrogen production levels by ovarian cells ― a process mediated by down-regulation of GnRH receptors.

Aromatase inhibitors (AIs), such as anastrozole and letrozole, directly block the aromatase enzyme, and subsequently decrease the estrogen production and suppress its estrogen-driven neoplastic endometrial proliferation.

In the treatment of advanced and recurrent EC, all producing response rates of 20% to 30%. For patients able to tolerate aggressive therapy, multiagent chemotherapy produces higher response rates than single-agent therapy.

Hormone therapy is a particularly attractive option for the treatment of advanced endometrial cancer because it is well tolerated and lacks the usual toxicities associated with chemotherapy. Accumulated experience with a variety of hormonal regimens suggests that between 15 and 30 percent of women respond to hormone therapy, with a correlation between receptor status and response to hormone therapy.

Few treatment options are available for patients with advanced stage and recurrent endometrial carcinoma. Novel therapies are difficult to establish in this patient population which tends to be older and plagued by comorbidities such as diabetes mellitus, morbid obesity, and hypertension.

The main effect of chemotherapy is to reduce tumour size through the cessation or slowing of cell growth. In doing so, chemotherapy can produce a number of side effects. These side effects can range from mild things, such as hair loss, to more severe things like haemoglobin (the molecule in red blood cells that carries oxygen) depletion. The severity and number of side effects experienced by the patient often differs from patient to patient and also depends on the type and dose of the chemotherapy drug administered.

Mental fatigue and exhaustion has been marked as one of the most incapacitating side effects of chemotherapy, with 70 to 100% of people on chemotherapy experiencing fatigue. Nausea, vomiting and loss of appetite is one of the most common side effects experienced by patients undergoing chemotherapy. Of all the side effects chemotherapy can have on a patient, hair loss may cause the most stress and anxiety mainly due to the considerable speed at which hair is lost. This hair loss can include the loss of all body hair, not just scalp hair, including eyebrows. Chemotherapy also has effects on the skin causing dryness, itchiness and combined with the associated reduction in haemoglobin leaves the patient looking pale and ill.

As opposed to adjuvant radiotherapy, chemotherapy or combined radio-chemotherapy, hormonal therapy is hardly ever considered as one of the “primary” adjuvant treatment regimens in management of patients with endometrial cancer.

Currently, hormonal therapy is largely employed for management of patients with poor performance status or recurrent/advanced/metastatic endometrial cancers, with the advantages of low morbidity, few drug-related side effects and relatively suboptimal therapeutic response.

There is a need for close follow-up upto 6 months even in the responders because of the substantial rate of recurrence because of persistence of ongoing risk factors (obesity, anovulation) so eventually most women undergo total abdominal hysterectomy (removal of uterus) with bilateral oophorectomy (removal of ovaries on both sides). 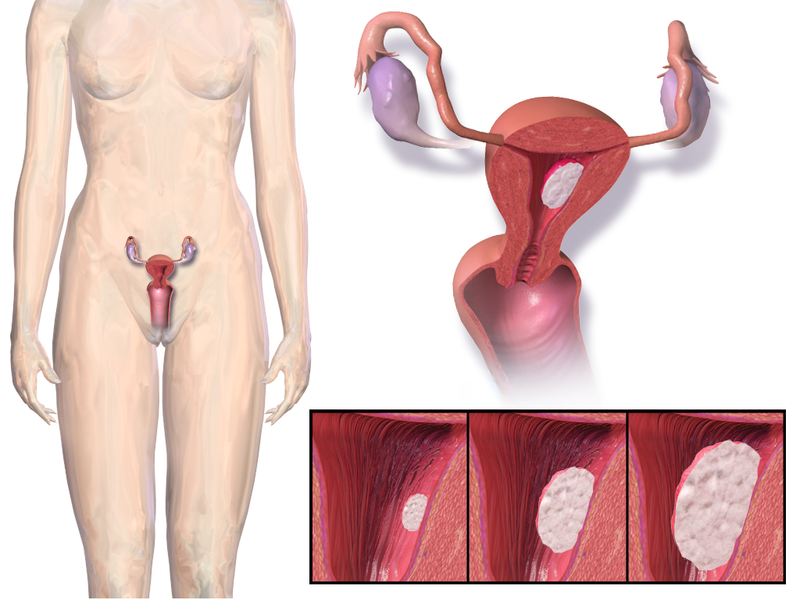 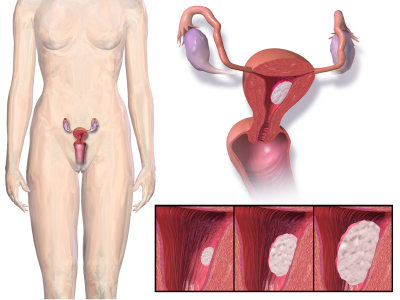