The medical therapy that can efficaciously reduce the severity of pain symptoms caused by endometriosis.

About Pharmacotherapy of endometriosis

Pharmacotherapy of endometriosis is the medical therapy that can efficaciously reduce the severity of pain symptoms caused by endometriosis. In case it is used as long-time treatment, it should reduce the number of surgical interventions and improve the quality of life. Every medical treatment today is well tolerable but should only be used as long as necessary.

Endometriosis is a benign (non-cancerous) gynaecological disease defined as an inflammatory condition characterized by lesions of endometrial-like tissue outside of the uterus, and it is associated with pelvic pain and infertility (Pic. 1).

The basic epidemiology of endometriosis has been difficult to assess for many reasons, including the following:

Consequently, many affected women remain undiagnosed; therefore, the true prevalence rate of this disease in the general population is unknown. However, the prevalence in women of reproductive age is estimated to range between 10% and 15%.

Pharmacological agents for treatment of endometriosis-associated pelvic pain are as follows:

Despite limited evidence of effectiveness, oral contraceptives are considered as first-line medical treatment for endometriosis-associated chronic pelvic pain; their use is based on the evidence of a clinical improvement of the disease during pregnancy. Continuous oral contraceptive pills suppress luteinizing hormone (LH; stimulates normal follicular growth and ovulation) and follicle-stimulating hormone (FSH; is responsible for follicular growth and estrogen formation) and prevent ovulation.

Oral contraceptives inhibit the production of gonadal estrogen (to stabilize the endometrium and thereby reduce the incidence of breakthrough bleeding) via a negative feedback mechanism ('stimulus' causes an opposite 'output' in order to maintain an ideal level, Pic. 2). Moreover, by suppressing ovarian activity, they also lead to a reduction in estrogen-induced production of prostaglandins, decreasing the inflammation associated with endometriosis.

The choice should be based on patient preferences, side effects, efficacy, costs, and availability (Pic. 3). For oral contraceptives, further benefits such as contraceptive protection, long-term safety, and control of menstrual cycle should be considered.

Progestins are synthetic compounds that mimic the effects of progesterone. They were reported to reduce or eliminate pain symptoms in approximately 90% of the patients. Progestins are available in many forms, including oral preparations, injections, subdermal implants and intrauterine systems. Continuous progestin use is an effective therapy for the treatment of painful symptoms associated with endometriosis but there had been no evidence of progestin use being superior to other types of treatment in endometriosis-related pain symptoms.

GnRH analogues (GnRH-a) suppress estrogen ovarian production, causing a low estrogen level (hypoestrogenism), and, consequently, amenorrhea (absence of menstruation) and a thickness of uterine lining. This effect is readily reversible after stopping GnRH-a administration. They are considered as a second-line treatment in case of failure of therapy with oral contraceptives or progestins or when they are not tolerated or contraindicated. GnRH analogues provide a reduction of symptoms in about 50% of cases, and their administration after surgical treatment prolongs the pain-free interval. The treatment for 3 months with a GnRH-a may reduce the painful symptoms for about 6 months.

For GnRH analogues significant side effects, such as bone loss and hypoestrogenic symptoms (such as hot flashes, headaches, lowered libido, and breast atrophy), should be considered. Due to side effects, they should only be prescribed to women for whom other treatments have proven ineffective.

Among the limitations of their use, there are the high rate of recurrence of pelvic pain (5 years after withdrawal of therapy is at 75%) and the side effects, such us deterioration in the lipid profile, depression, flushes, urogenital atrophy, loss of libido, and bone mass decrease.

Danazol is a weak androgen that can be used for a short time period only due to the possibility of osteoporosis development (low bone density), has numerous side effects such as weight gain, fluid retention, acne, hirsutism (excessive body hair on parts of the body where hair is normally absent or minimal), and voice deepening.

Although there are many articles providing information on choice of contraceptive method for women with a variety of medical conditions, endometriosis is not usually identified as requiring specific consideration. Yet, it is clear that these women do need specific advice and counseling.

The uninterrupted use of oral contraceptive pill appears to be associated with a greater pain score reduction. Furthermore, the continuous administration represents a valid, safe, and economical therapeutic coverage that might be used in patients who have undergone conservative surgery for endometriosis.

They can also be used together with the GnRH analogues in the “add-back therapy,” in order to balance the strong hypoestrogenism caused by the latters. In fact, they protect the bone density decrement and make women relieved of the unpleasant symptoms (above all hot flushes and vaginal discomfort). However, hormone replacement treatment should be considered the first choice “add-back therapy,” since it provides lower stimulation of endometriotic tissue.

Another goal of contraceptive choice should be directed toward prophylaxis (treatment given or action taken to prevent disease) of endometriosis progression and, following laparoscopic treatment of endometriosis, minimizing the risk of recurrence and impairment of fertility.

Some limitations in the use of oral contraceptives are represented by the fast recovery of the disease after the treatment interruption and the increased risk for thromboembolic events (formation in a blood vessel of a clot) that could affect women smokers aged >35 years.

It has been suggested that one-fourth to one-third of patients treated with the use of COCs or progestins require further treatment because of lack of response or poor tolerability, but there are limited data to support these figures. Regardless of the type of hormonal treatment used, many women remain symptomatic during or after treatment or have high symptom recurrence rates after therapy cessation. In addition, some women stop treatment owing to lack of efficacy or intolerable side-effects.

The pain-relief form of medical treatment may relieve endometriosis signs and symptoms, but suppression of ovulation and menses could occur during medication. If the women try to become pregnant, the chance of success may be increased with surgery to remove as much endometriosis as possible while preserving uterus and ovaries.

Recurrence of symptoms is common after discontinuation of medical therapies; therefore, the choice of the therapy should be based not only on the improvements of symptoms but also on the potential adverse effects and patients' satisfaction.

The quality of life in women with endometriosis is often greatly impaired, with a positive correlation between the intensity of pelvic pain and presence of anxiety symptoms, with increasing physical limitations associated with increased pain intensity. A systematic review has confirmed that endometriosis is associated with significant impairment in psychological and social functioning, and both pharmacological and surgical treatments led to improvements in patient’s physical and psychological functioning, vitality, and general health. Therefore, in prescribing contraception for women with endometriosis, suspected or diagnosed, their degree of pain, emotional profile, and the effects on their quality of life should influence the choice of method.

An improved understanding of the pathogenesis of endometriosis should allow the development of future contraceptive and therapeutic regimens that permit excellent control of symptoms and prevention of disease progression while maintaining effective contraceptive cover. Present-day hormonal contraceptive methods generally control many of these aspects of pathogenesis fairly well, but often at the cost of some side effects. Good medical management of symptoms often requires much “fine-tuning” of dosage and routes of delivery of different hormone combinations.

For women with endometriosis who wish to delay pregnancy and maintain subsequent fertility, the use of a readily reversible method of contraception is an important factor. For women with symptoms suggestive of or who already have diagnosed endometriosis and wish to avoid pregnancy, an additional factor in the choice of a contraceptive method is symptom control. This is especially important in adolescents with dysmenorrhea non-responsive to non-steroidal anti-inflammatory agents, as empirical control of pain may delay the need for invasive investigations and minimize spread of the disease. 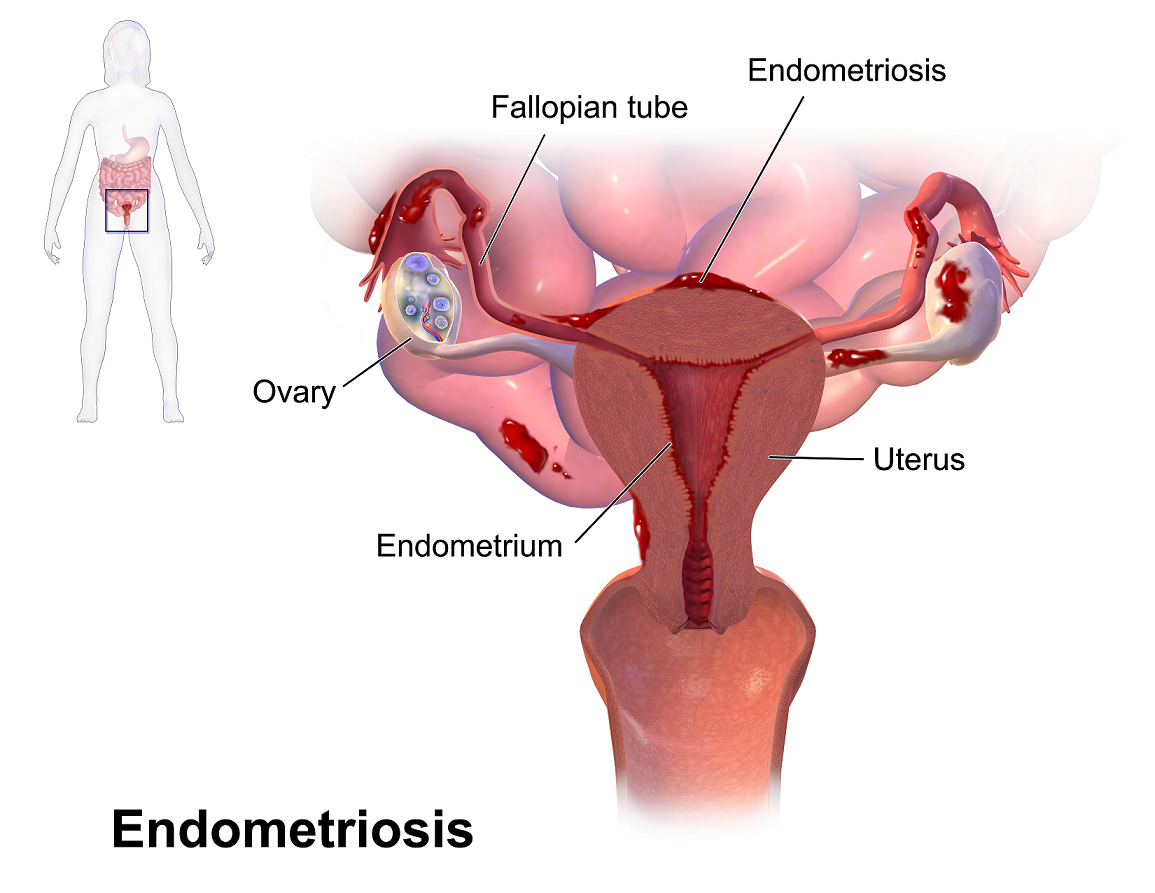 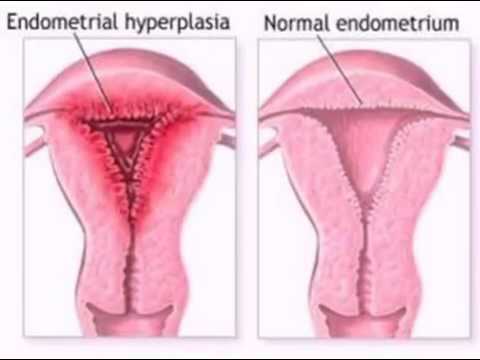 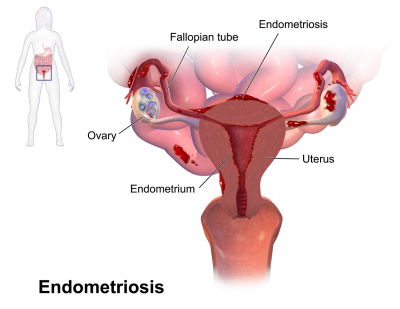 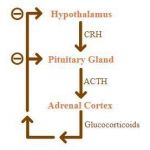 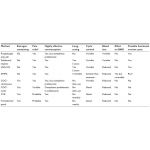