Medications used in the management of polycystic ovary syndrome.

About Pharmacotherapy of PCOS

Pharmacotherapy of Polycystic ovary syndrome represents various medications used in the treatment of this condition. Treatment for PCOS depends on the symptoms experienced by the woman and on whether she is seeking to become pregnant. The clinical manifestation of PCOS varies from a mild menstrual disorder to severe disturbance of reproductive and metabolic functions (processes necessary for the maintenance of a living organism).

For women who are diagnosed with PCOS as a result of infertility investigations, the immediate treatment/s focus on re-establishing regular ovulation to improve the chance of pregnancy. In PCOS, anovulation relates to low follicle-stimulating hormone concentrations and the arrest of antral follicle growth in the final stages of maturation. This can be treated with certain medications.

Common medications used to treat infertility in patients with PCOS include:

In anovulatory women with PCOS, clomiphene citrate (CC) treatment is the first choice for ovulation induction.

In normal physiologic female hormonal cycling, at 7 days past ovulation, high levels of estrogen and progesterone produced from the corpus luteum (a temporary, hormonally active structure in the ovary) inhibit GnRH (gonadotropin-releasing hormone), FSH (follicle-stimulating hormone) and LH (luteinizing hormone) at the hypothalamus and anterior pituitary (parts of the brain that control the production of many hormones). If fertilization does not occur in the post-ovulation period the corpus luteum disintegrates due to a lack of beta-hCG (human chorionic gonadotropin). This would normally be produced by the embryo in the effort of maintaining progesterone and estrogen levels during pregnancy.

Therapeutically, clomifene is given early in the menstrual cycle. It is typically prescribed beginning on day 3 and continuing for 5 days. By that time, FSH level is rising steadily, causing development of a few follicles (small vesicles in the ovary, each containing an oocyte). Follicles in turn produce the estrogen, which circulates in serum. In the presence of clomifene, the body perceives a low level of estrogen, similar to day 22 in the previous cycle. Since estrogen can no longer effectively exert negative feedback on the hypothalamus, GnRH secretion becomes more rapidly pulsatile, which results in increased pituitary gonadotropin (FSH, LH) release. (It should be noted that more rapid, lower amplitude pulses of GnRH lead to increased LH/FSH secretion, while more irregular, larger amplitude pulses of GnRH leads to a decrease in the ratio of LH/FSH.) Increased FSH level causes growth of more ovarian follicles, and subsequently rupture of follicles resulting in ovulation. Ovulation occurs most often 6–7 days after a course of clomifene.

CC is easy to use and effective in inducing ovulation in most of the patients (60%–90%), but the pregnancy rates are disappointing (10%–40%). CC treatments are also associated with risk of ovarian hyperstimulation syndrome and multiple pregnancies (10-20%). This is probably because CC causes down regulation of estradiol receptors in the pituitary, leading to oversecretion of follicle-stimulating hormone. Oversecretion of this hormone then causes formation of multiple follicles and, multiple pregnancies may be seen consequently.

The second-line pharmacological treatment of infertility in anovulatory women with PCOS includes the use of gonadotropins [recombinant follicle-stimulating hormone (FSHr) or human menopausal gonadotropin (HMG)] for timed intercourse or intrauterine insemination (IUI). Due to the higher cost of this therapeutic modality, an evaluation of the tubal patency is recommended prior to initiating the ovarian stimulation with gonadotropins if this procedure was not performed prior to initiating CC treatment. If the fallopian tube is open and the sperm concentration is suitable for in vivo fertilization, the ovarian stimulation begins with low doses of gonadotropins to achieve monofollicular growth and reduce the risk of complications (ovarian hyperstimulation syndrome and multiple gestation).

Although aromatase inhibitors have been used in women with PCOS as an alternative method to avoid the anti-estrogenic effect of CC on the endometrium, these compounds are not typically used in clinical practice to treat infertility in these patients.
Oral administration of letrozole, the aromatase inhibitor, was found effective for ovulation induction in CC resistant, anovulatory infertile women and endometrial thickness was not affected adversely. In AIs (artificial insemination) treatment, cycles appeared with a better pregnancy rate, probably because of the lack of anti-estrogenic effects of AIs on the endometrium.
However, overall, the effectiveness of aromatase inhibitors in the treatment of PCOS remains controversial.

Whether all women with PCOS will benefit from this insulin sensitizing agent is controversial. Insulin resistance is difficult to establish in clinical practice and many surrogate tests are available, although their value in the clinical setting is uncertain. Some experts have argued that women with PCOS should only be treated if there is confirmed insulin resistance. However, others report beneficial effects in most women with PCOS. For women with PCOS and menstrual irregularity, or obesity and clinical features of insulin resistance, it is reasonable to initiate treatment with metformin during an initial three month period during which the success with weight loss is evaluated. Metformin therapy should be considered at this visit and the patient warned about possible gastrointestinal side effects. Available data indicate a limited benefit of metformin on weight loss.

2. Women that do not wish to get pregnant

The aim of treatment for women not wishing to become pregnant in the near future is to provide relief from the various symptoms. In the past, treatments for PCOS often only focused on the cosmetic symptoms like acne, excessive hair growth and obesity. However, current treatment for PCOS also seeks to address the long-term health implications such as the increased risk of diabetes and cardiovascular disease. Such medications include:

Oral contraceptives (OCs, Pic. 4) are frequently recommended as first-line medical treatment for the long-term management of menstrual disturbances and hyperandrogenism (elevated levels of male sex hormones, mainly testosterone) manifestations in women with PCOS who do not seek pregnancy.

The remedial effect of OCs is attributed to the suppression of pituitary gonadotropin secretion and a decrease in androgen (male sex hormone) secretion. In addition, the estrogen component of these compounds increases circulating levels of sex hormone-binding globulin (SHBG), which decreases androgen bioavailability.

Hirsutism (facial hair growth in women), acne, alopecia are the androgen-related symptoms that appeared in patients with PCOS. Antiandrogens such as spironolactone, cyproterone acetate (CPA), or flutamide act by competitive inhibition of androgen-binding receptors or by decreasing androgen production.

Spironolactone is a specific antagonist of aldosterone, acting through block of the androgen receptors. Its treatment effect is dosage-dependent: low dosages are less effective than other antiandrogens, whereas high dosages (200 mg/day) are very effective but have several adverse effects such as dysfunctional uterine bleeding, but the concurrent use of OCPs (oral contraceptives) may prevent them.

Specific medications used to treat PCOS are chosen based on the dominant complaints of the patient. For example, treatment of infertility usually strives to induce ovulation, and there is no treatment that induces ovulation and simultaneously adequately treats hirsutism. Similarly, treatment of hirsutism usually involves supression of the ovaries and supression of any possibility for ovulation. It is difficult to primarily treat hirsutism and secondarily hope for resumption of ovulation fertility. Thus, several of the clinical practice guidelines focus on what many feel is the sine qua non of the syndrome, which is hyperandrogenism. The best treatment for female hyperandrogenism is some form of hormonal suppression. This includes mainly hormonal contraception, although other modalities are available.
If antiandrogenic agents, such as spironolactone or cyproterone acetate, are used in the treatment of hyperandrogenism, risks and benefits of treatment must be carefully considered and discussed with the patient. These drugs have feminizing effects on male fetuses, thus pregnancy must be avoided during this treatment.

Possible complications of PCOS pharmacotherapy are represented by various adverse effects of the used medications:

A rare complication of fertility medication, such as gonadotropins, is the ovarian hyperstimulation syndrome (OHSS). OHSS is a medical event distinct from uncomplicated ovarian enlargement. The clinical signs of this syndrome in severe cases can include gross ovarian enlargement, gastrointestinal symptoms, ascites (fluid in the thoracic cavity), dyspnea, oliguria, and pleural effusion. In addition, the following symptoms have been reported in association with this syndrome: pericardial effusion, anasarca, hydrothorax, acute abdomen, hypotension, renal failure, pulmonary edema, intraperitoneal and ovarian hemorrhage, deep venous thrombosis, torsion of the ovary, and acute respiratory distress. The early warning signs of OHSS are abdominal pain and distention, nausea, vomiting, diarrhea, and weight gain. Elevated urinary steroid levels, varying degrees of electrolyte imbalance, hypovolemia, hemoconcentration, and hypoproteinemia may occur. Death due to hypovolemic shock (shock caused by low amount of circulating blood), hemoconcentration (increased viscosity of blood), or thromboembolism (a blood clot occluding a vein) has occurred. Due to fragility of enlarged ovaries in severe cases, abdominal and pelvic examination should be performed very cautiously. If conception results, rapid progression to the severe form of the syndrome may occur.

The most common adverse effect of metformin is gastrointestinal irritation, including diarrhea, cramps, nausea, vomiting, and increased flatulence; metformin is more commonly associated with gastrointestinal side effects than most other antidiabetic drugs. The most serious potential side effect of metformin use is lactic acidosis (accumulation of lactic acid in the organism) this complication is very rare, and the vast majority of these cases seem to be related to comorbid conditions, such as impaired liver or kidney function, rather than to the metformin itself.

In addition to the antiandrogenic effect of OCs (oral contraceptives), their metabolic effect is one of the main issues in OC therapy in patients with PCOS. In fact, some studies have raised concerns regarding the potential adverse cardiovascular and metabolic effects of OCs in women with PCOS, including worsening insulin resistance and glucose tolerance and potential adverse effects on lipid patterns. It is also unclear whether the metabolic effects of OCs on PCOS are reduced by the use of certain progestin compounds. Despite the theoretical antiandrogenic advantage of the new generation of OCs, their possible metabolic adverse effects may be a serious threat.

The prognosis for fertility in patients with polycystic ovary syndrome is good with treatment, unless there are other unknown fertility problems. Regular follow-up is recommended to avoid ovarian hyperstimulation multiple pregnancies, and endometrial hyperplasia (excessive growth of the uterine lining, with the possibility of bleeding). Patients should be counseled regarding the long-term risk of diabetes, hypertension, and endometrial hyperplasia, including the importance of maintaining a BMI <25 kg/m2 and control of other risk factors for type 2 diabetes. 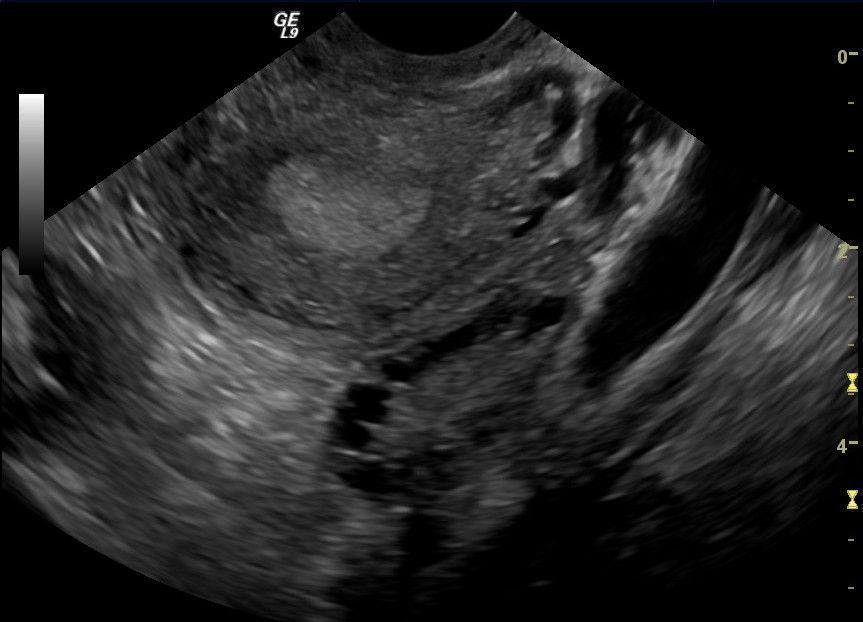 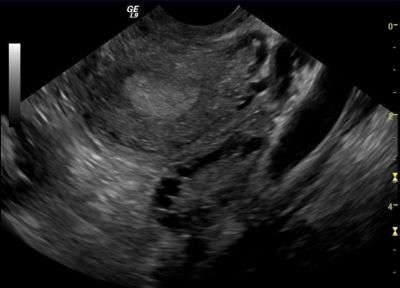 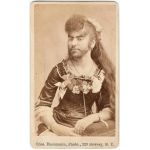 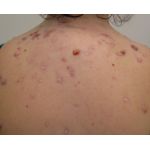 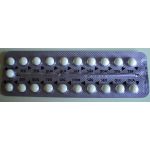