In the last 30 years, genetic testing techniques have been developed to identify chromosomally normal embryos in vitro, thereby potentially increasing the proportion of successful cycles with elective single-embryo transfer, and minimizing twin-pregnancy complications and miscarriages. This testing is termed "pre-implantation genetic screening" (PGS), in contrast to pre-implantation genetic diagnosis PGD), in which testing is performed for specific genetic defects.

Today, PGS technologies have evolved to include screening of all 24 chromosomes (22 pairs of autosomes and the 2 sex chromosomes). Ongoing pregnancy rates of about 60% following single embryo transfer have been described in couples with a maternal age of 38 years whose embryos have undergone PGS. It has not, however, been definitively established that the cumulative delivery rates are better with PGS, although it has been argued that the reduction in miscarriage rates and maternal and neonatal complications due to multiple pregnancies justifies the expense of this technology.

Trends toward delayed childbearing have resulted in an increasing number of women of advanced maternal age seeking to become pregnant and in a consequent increase in demand for assisted reproductive technology, most commonly in-vitro fertilization (IVF). In such women, the proportion of aneuploid embryos can exceed 60%, with a risk of miscarriage of about 40%, potentially resulting in significant emotional and financial hardship for affected couples.

Commonly quoted indications for PGS include advanced maternal age, repeated implantation failure, recurrent miscarriage, severe male factor infertility, or subfertility (those who experience unrecognized embryonic losses and who are labelled clinically as infertile). It should be noted that the chances of selecting an euploid embryo mainly depend of the number of embryos produced during the procedure. When it is suspected that the couple has a major chromosomal risk due to advanced maternal age or severe male factors, it is mandatory to inform them of the low chance of achieving a pregnancy with the PGS procedure, unless the couple produces many embryos that provide one or two euploid embryos apt for transfer.

Women at an advanced age have a greater chance of having aneuploid pregnancies because they have increased rates of producing aneuploid oocytes. Oocytes are always the same age as the woman. However, in males, sperm are produced every 65-75 days. Therefore, it might be said that sperm are not the same age as the male. The prolonged arrest of oocytes at meiotic prophase I mainly contributes to aneuploidy due to the decline in competence of the cytoplasm of the oocyte. The number and distribution of chiasmata during prophase I as the weak centromeric cohesion may be the main factor that predisposes aneuploidy that is inherent to age. In fact, the principal cause of oocyte aneuploidy is the precocious separation of sister chromatids rather than classic non-disjunction. In the male, the expected sperm aneuploidy rate is between 0.5 and 1% because the sperm is not the age of the male, but if the sperm is not ejaculated for prolonged periods, it could have a high rate of DNA fragmentation, which is also responsible for abnormal fertilization. Competent oocytes from young women can repair the DNA fragmentation of the sperm, but the oocytes from older women cannot. Therefore, women of advanced age have higher probabilities of having abnormal pregnancies that might end in miscarriage or in a malformed newborn. Most of these embryos are lost during pre or post implantation stages, while a minority come to term. That is why the possibility of miscarriage also increases with the age of the woman (Tab. 1).

Usually, RPL is defined as two or more consecutive pregnancies lost before 20 weeks of gestation. Different cytogenetic studies of miscarriages in the first trimester of pregnancy show that aneuploidy rates varied between 50% and 80%. Additionally, it has been documented that couples with RPL produce more aneuploid embryos than those who have not had RPL (Pellicer et al., 1999). According to some authors, PGS does not improve the rate of pregnancy in RPL, but increases the chance of birth at term (Platteau et al., 2005).

RIF is usually defined as the failure of three or more IVF attempts with good quality embryo transfer. Some authors argue that these couples produce more embryos with aneuploidies. However, there is no evidence that PGS improves the rate of pregnancy or live IVF births.

As mentioned above, the rate of aneuploidy in spermatozoa from fertile males with a normal spermiogram is much lower than that observed in oocytes, and aneuploidy also does not increase with age in men. On the other hand, sperm aneuploidies increase with the severity of OAT. These findings put in evidence the importance of the genetic risk assessment before the ICSI procedure to predict the chance of success. Now, with the possibility of PGS/PGD and lower costs, FISH is no longer used to assess sperm.

Although women more than 37 years old and males with OAT could be ideal candidates to benefit from PGS, most of them fail due to the low probability for producing euploid embryos.

The first randomized controlled clinical trials for PGS in patients with advanced maternal age were promising due to the lower miscarriage rate and higher take-home baby rate achieved in the group that underwent PGS (Munné et al., 2006). However, other clinical trials emerged without differences in the findings between both groups, with and without PGS, and others showed even worse results in the studied group with PGS. (Staessen et al., 2004, 2008; Stevens et al., 2004;Jansen et al., 2008; Mastenbroek et al., 2007; Hardarson et al., 2008; Schoolcraft et al., 2009). Most of those studies were performed with biopsies on D3 and FISH, first enumerating five chromosomes and later 7, 9 and 12 chromosomes.

Three arguments were used to explain these poor performances:

a) limitation of the technique to enumerate all chromosomes
b) lower implantation rates after the removal of one or two blastomeres, which means a loss of embryonic mass of between 12.5% to 25%
c) discarding supposed aneuploid embryos that might have been self-corrected and lead to a normal pregnancy

Currently, we have much hope with comparative genomic hydridization arrays (aCGH) and more recently with next generation sequencing (NGS), which could solve the first and second limitations because they allow the study of all 24 chromosomes, and because the cells extracted correspond to trophectoderm cells and not to the stem cells of the inner cellular mass of the blastocyst (ICM). The third and last limitation mentioned remains unanswered until the rate of false positives and negatives for this method is not known.

PGS is an invasive procedure that requires a serious consideration. Perhaps the most significant source of error from PGS using 23 chromosome pair evaluation and blastocyst biopsy (day 5/6 of development) is the presence of cellular discordance within the developing embryo. A blastocyst embryo is comprised of 2 components, an inner cell mass (ICM) and trophectoderm (TE). The ICM possesses cells that are destined to form fetal tissue and the TE possesses cells that will form the placenta. Blastocyst biopsy utilizes cells taken from the TE to minimize potential deleterious effects that may be caused from biopsy of the ICM, cells destined to form the fetus. Though there is clearly a high degree of correspondence between the genetic composition of the ICM and the TE, some data suggests that in up to 10% of developing blastocysts, there may be aneuploidy present in the TE but not ICM or vice versa. Therefore, TE biopsy taken at the blastocyst stage, from a biological standpoint, may not be universally predictive of the chromosomal status of the developing embryo even if no technical error exists in the performance of genetic analysis. Mosaicism may also exist within a given TE cell population. Array technology, however, is capable of detecting all but very low levels of mosaicism within TE samples analyzed provided. The above limitations of PGS demand that patients be adequately counseled on the risks and limitations of PGS, preferably with the aid of a specialized physician, geneticist, or genetic counselor. Furthermore, antenatal genetic testing is still recommended in all patients undergoing PGS.

New technologies associated with PGS are producing data that suggest that the procedure could be a valuable adjunct to assisted reproductive technologies in the future to enhance pregnancy success in many patients. Defining the exact benefit conferred by PGS and determining exactly which patient populations could be best served by PGS, however, is currently controversial. In the near future, several large and high quality studies will attempt to answer these questions. Despite the current lack of definitive data, PGS is increasingly being applied to patients with ever-expanding clinical indications. While there are few large randomized controlled studies defining the benefits of PGS, clinical data emerging from many PGS laboratories around the world is encouraging. Therefore, the judicious use of PGS seems reasonable at the present time, as the preponderance of available current evidence suggests that some couples may see a benefit from this technology. Only with time will the role of PGS be clearly defined.
PGS study reports, in patients with recurrent pregnancy loss, is not effective in improving live birth or decreasing clinical miscarriage. Success rates are limited by the high incidence of cycles that intend PGS but cancel PGS or cycles that do not reach embryo transfer (higher in women over 35). When are PGS cycles completed, live birth was higher and clinical miscarriage was reduced. PGS may not accelerate time to conception. 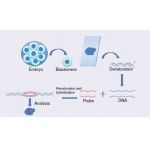 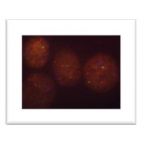 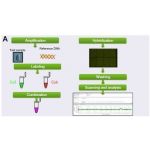 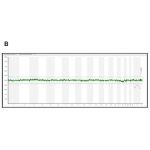 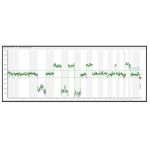