The IVF techniques used for selecting the child’s gender because of medical or non-medical reasons.

Following ethical issues, many of unwanted pregnancies and abortions can be avoided. Several factors such as cultural, social, religious, and economic issues, as well as medical reasons such as the existence of some diseases related to chromosome X encourage couples to choose traditional or new treatment methods for selecting their child’s gender. The establishment of family balance is another reason for selecting the gender of the child.

Now there are several laboratory methods for determining fetal sex before implantation:

In 36 countries there is legislation against sex selection using ART, including 25 European countries. Legislation prohibits the use of PGD for sex selection under all circumstances (e.g., Austria, Germany and Switzerland), or limits its use to medical purposes (e.g., the UK, France, Norway, Spain, New Zealand, India). In the United States, in contrast, the use of this procedure is not prohibited by law, and couples who are interested can freely approach a specialist clinic. In Israel, sex selection for medical reasons is included in the basic benefits package to which all Israelis are entitled, within the framework of National Health Insurance (Pic. 1). In addition, hospital-based pregnancy termination committees in Israel are authorized to approve abortions related to sex selection for medical reasons.

The ethics of gender selection for non-medical reasons touches on many important areas. Concerns about human dignity and respect for all persons, and the reinforcement of gender role expectations and sexist motives inform the debate. Gender selection invariably leads to discussion about the limits of procreative liberty, and the “slippery slope” leading to designer babies, where PGD may be used to select traits like eye color or height. Other issues raised are about the health of the offspring chosen by sex selection and whether undue expectations of such children may be harmful. IVF confers (small) risks to mother, hefty costs, and embryos which will be created and then destroyed only because of their sex, clearly disturbing to those who believe, as the ESHRE Task Force on Ethics and Law stated “the embryo is owed respect as a symbol of future human life”.
Opponents to limiting gender selection through PGD consider concerns about sexist discrimination or entrenching patriarchal values as being largely symbolic, and limiting sex selection infringes on reproductive freedom and self determination. Evidence for distorted sex ratios in Western countries, or harm to child selected is lacking, and thus gender selection through PGD should be allowed.

Many families request sex selection for family balancing, selecting an embryo that is the opposite sex of one or more of their existing children. The goal is for gender variety in a family, and is frequently motivated by the female partner, and thus is not inherently sexist, as it may be motivated by the desire to rear children of both genders.

Sex selection provides a preconception reproductive option for parents wishing to reduce sex-linked and sex-limited disease risk for their future children. Prevention of selective abortion, physical lesions and psychological woes of mothers and families, overpopulation, as well as paying attention to the optimal social and psychological factors in balanced families, are additional reasons for paying attention to the methods of gender selection before conception (Pic. 2).

Family size and composition have been considered a major motivator for sex-selection. Many studies, including studies in Israel, have indicated that in families where there are children of a single sex and especially in cases of at least three of the same sex, there is clear preference for the other sex. The association between family composition and preference for offspring’s sex is not surprising given the ongoing trend of declining total fertility rate in Western countries, as well as in Israel. An Israeli study regarding attitudes towards PGD included a survey among a population of married couples of reproductive age who were parents to at least two children of only one sex. In their sample it was found that 45% of the respondents supported permitting sex selection for non-medical reasons and 42.6% wished to select the sex of their own future child. However, many of those expressing opposition in principle were willing to allow this in cases of psychological or familial crisis.

One of main problems of PGD is that it can’t assure absence of genetic or congenital disorders in born infant, and the infant is devoid of that disease that were tested. Another complication is that gender selection results in “loss” of approximately half of all embryos (the undesired sex). In fact it is believed that PGD causes creation of unisexual creatures and destroys opposite sex.

Selection of the child’s sex for non-medical reasons (such as religious, financial, emotional, and/or family sex-balance considerations) is highly controversial. There is real and imminent risk of significant damage to the mental health of one or both parents, or to the expected child, if the procedure is not conducted. Sex selection because of non-medical leads to imbalance in gender of the population and male:female ratio. Opponents of PGD for non-medical reasons claim that free use of medical technology for sex selection may lead to:

In methods based on sperm sorting methods (MicroSort, Ericsson method) not all participants are able to provide raw semen specimens of sufficient quality for sorting. Approximately 3% of sorts are cancelled for a variety of reasons, primarily related to semen quality: insufficient sperm numbers (<140 × 106 sperm for IUI sorts and <70 × 106 sperm for IVF/ICSI sorts) or motility (<50% motility) in the raw specimen; insufficient sperm recovered after processing, often due to extremely high degree of debris in the specimen; and/or poor sperm survival after processing.

However, the MicroSort technique, for example, by using flow cytometry device is not risk-free, let alone the cost of the relevant instruments and the imposition of heavy medical expenses to the couple. In MicroSort method, the sperms are stained with toxic fluorescent materials, under the x-ray machines that these factors are worrying. The application of this method had been evaluated more in animal reproduction as well as conditions such as genetic diseases dependent on X chromosome.

Another aspect of the dilemma involved in sex-selection may be the emotional cost to the parties involved of promoting desire for a child of the requested sex by offering the option of choice. It is notable that almost 30% of the applicants did not complete the application process. When possibilities exist, they may open avenues of expectation, which may in turn lead to disappointment when these expectations are not fulfilled. Schwartz, considering consumer options, has called this the “Paradox of Choice”, stating that while autonomy and freedom of choice are important for well-being, Americans have more choice than ever, but do not seem to be benefiting from this psychologically. More specifically relating to reproduction, others have noted the irony inherent in the fact that new reproductive technological advances may become a source of stress by offering the option of choice. As Rothman stated: “The technology of prenatal diagnosis has changed and continues to change women’s experience of pregnancy”. McQuillan discussed the irony inherent in new reproductive technologies that open options both for women dealing with childlessness, as well as for those who do not have fertility problems, concluding that “… these choices may be yet another source of stigma and stress for women who do not choose to pursue medical treatment or to pursue it to its extreme”. The question remains as to whether the choice of sex-selection enables families to fulfill their hopes, or results in pressure on them - particularly on women - to meet expectations that have become available, or both.

From available methods used for sex selection, not every type has the same success rate. The Ericsson method has a 70-72% success rate for boys and a 69-75% success rate for girls, but this method is not widely used. It is currently being trialed on humans in the US under the trademark MicroSort; it claims a 90% success rate but is still considered experimental by the FDA. The most effective sex selection is through PGD in IVF cycles, where embryo biopsy is done at the cleavage or blastocyst stage. The PGD technique is favored over the Ericsson method because of the stricter control of the offspring gender in the laboratory. Since only embryos of the desired sex are transferred to the mother, PGD avoids the small likelihood present in the Ericsson method of an undesired sperm fertilizing the egg. Gender selection success rates for PGD are very high. The technique is recommended for couples who will not accept a child of the undesired gender. By employing the pre-implantation sex selection method, the number of unwanted pregnancies or abortions decreases and diseases related to sex can be prevented.

Leading international professional organizations have acknowledged the complex implications of the use of PGD for non-medical reasons. Several organizations, such as WHO, UNESCO and HFEA (Human Fertilization and Embryology Authority, UK), have published policy statements opposing its use. However, ESHRE (European Society of Human Reproduction and Embryology) and ASRM (American Society for Reproductive Medicine) have expressed divergent views on the issue, and note that the use of PGD for social reasons would be reasonable under certain circumstances, notably with an emphasis on family sex-balancing. ESHRE’s (2013), recent recommendations leave room for re-evaluation of blanket rulings permitting or banning non-medical PGD sex-selection, for example, in cases of those who must undergo IVF for medical reasons. 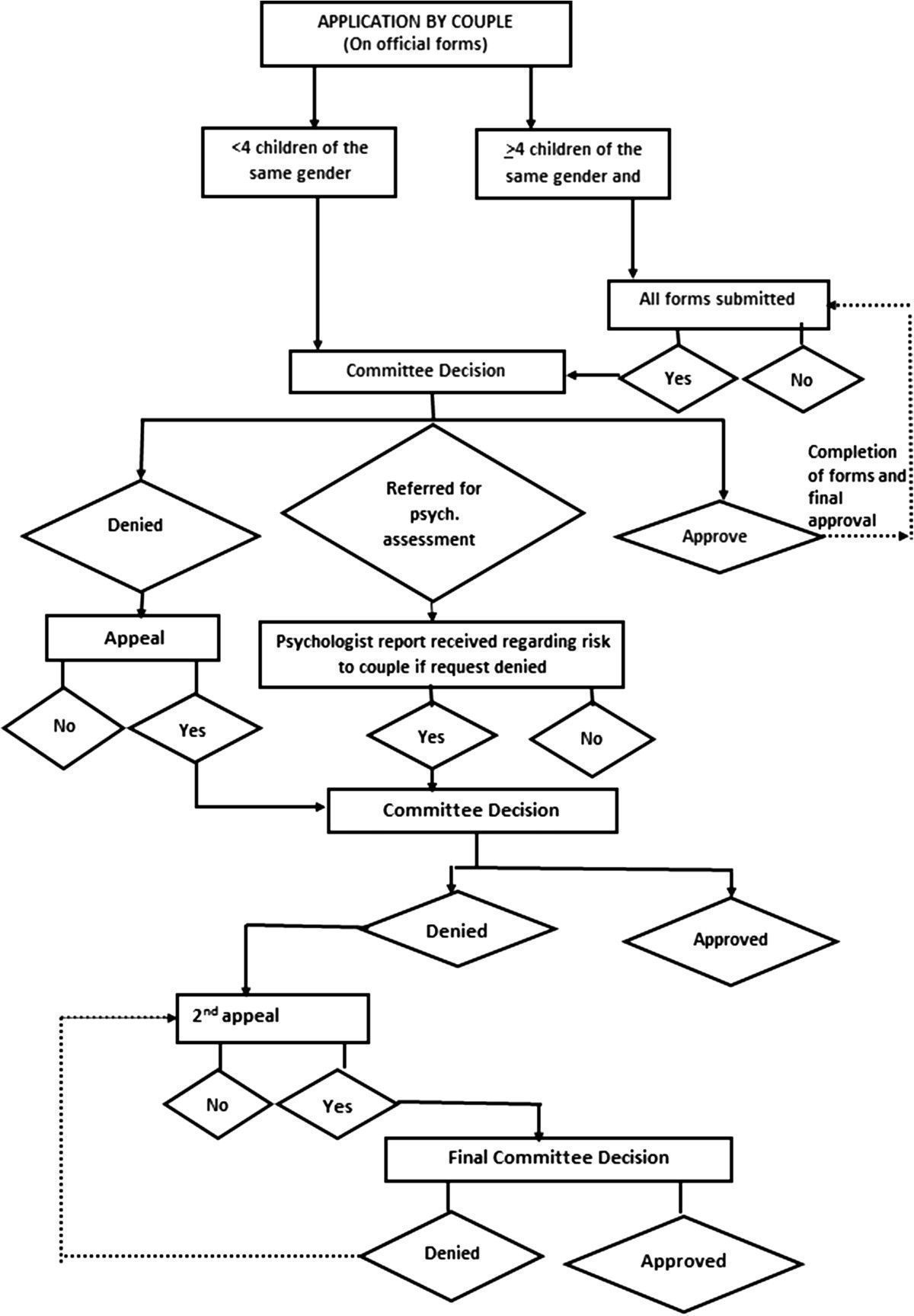 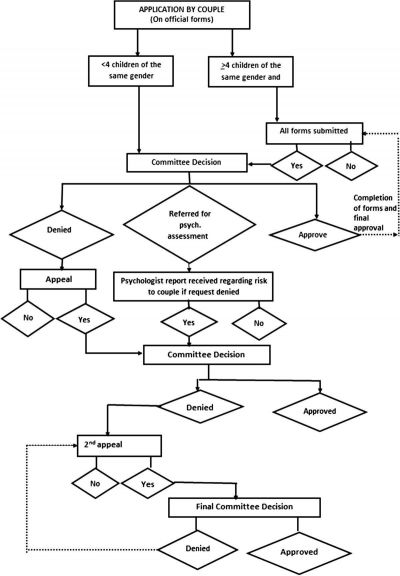 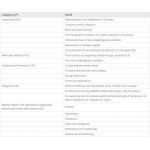 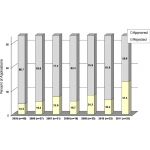 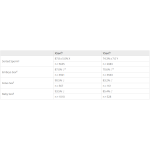 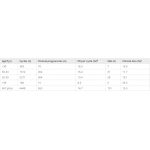 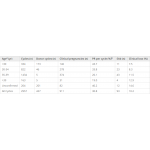 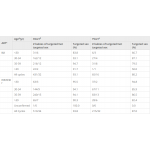