Sperm freezing is a procedure used to safe and storage sperm cell in a liquid nitrogen for a relatively long period of time (up to 23 years with proven fertilization ability retained). The process is also called as cryopreservation of sperm and it may help to accomplish fertilization while specific medical conditions leading to male infertility are present. Therefore, sperm cryopreservation is an important component of fertility management and much of its successful application seems to affect the reproductive outcome of assisted reproduction technologies (ART). Long-term storage of a sperm cell can be achieved by lowering the temperature of the cell below zero Celsius degrees, so its metabolic activity is reduced to minimum until abiosis (the cessation of all living processes) is obtained. To protect the cell from harm done by the freeze in most cases is necessary to use specific chemical substances called cryoprotectants.

Generally, cryoprotectants can be described as chemical substances soluble in the water. Their purpose is to lower the freezing temperature of solutions and to prevent damage done by ice crystallization during freezing process. The cryoprotectants can be divided into two groups. The permeating cryoprotectants are chemical substances of low molecular weight with high capacity of penetration into a cell. The non-permeating cryoprotectants does not enter into a cell, they rather create a hyperosmotic ambient around a cell to drain the water from the cell. Usually these two types of cryoprotectants are combined. There are four main well-known cryoprotectants: glycerol, ethylene glycol, dimethyl sulphoxide, and 1,2-propanediol. Glycerol is the permeating cryoprotectant most widely used for human sperm acting on several aspects of a sperm cell such as: the membrane structure, permeability and stability of the lipid bilayer, the association of surface proteins and the cellular metabolism. Its employment gives an unfavorable outcome on membrane and acrosome structure, although allowing the freezing of poor quality sperm.

Basically there are two main conventional methods to perform sperm freezing distinguished by freezing speed/rate, one is called slow freezing and the second one is called rapid freezing or the vitrification. The cryopreservation methods can by also divided by the storage medium of sperm cells. Most common storage medium is a straw (Pic. 1) used in straw method, which is a default technique for sperm freezing. With some specific modification of a straw, straw method can be also used in vitrification. Lately some new techniques/storage mediums of semen cryopreservation, were developed offering a new possibilities of usage. For example, there is the cryoloop method or a sperm cryopreservation method of freezing single sperm cell using zona pellucida. A very specific method of freezing a sperm without cryoprotectants is a freezing-drying method, but it is still an empiric method under research.

This method consists of progressive sperm cooling over a period of 2 – 4 hours in up to three steps. It can be performed manually or automatically using a device called semiprogrammable freezer. While the temperature is being decreased a cryoprotectant is gradually added to the semen. First the sample of semen is cooled to 5°C with a low cooling rate (0,5 – 1°C/min), in the next step the cooling rate is increased (1-10°C) until the temperature of -80°C is reached. After that the sample is ready to be plunged into liquid nitrogen at -196°C. Since the procedure is quiet complicated to perform manually, the programmable freezer is often used as it can reproduce exact desired conditions of the freezing process.

First thing, semen is mixed with cryoprotectant of same volume as the sample. After that the mixture is filled into straws and left to incubate at 4°C for 10 minutes. Then straws can be put in direct contact with nitrogen vapours in horizontal position for about 10 minutes at -80°C. Right after they are immersed into the liquid nitrogen at -196°C. This procedure has some disadvantages such as low reproducibility, since the drop of temperature in the middle step is hard to control meaning that freezing temperatures can vary relatively a lot.

It is the most commonly used method for cryopreservation. The sperm is held in a small straw that is chemically inert (does not undergo any chemical reactions), biocompatible with sperm sample and resistant to ultra-low temperatures. The volume of classical straws used in cryopreservation is 0,25 ml or 0,5 ml. Specially modified mini-straws of about 1 μl volume are used in new technique of sperm cryopreservation called open pulled straw method. The straw method represents sterile, simple and convenient method of cryopreservation. The disadvantage may be the fact that some sperm cells tend to adhere to the vessel (straw). This fact implicates that straw method shouldn’t be used to storage severely impaired specimens of sperm.

Another way to freeze very low numbers of sperm cells is to use a very small loop (0,5-0,7mm), that can hold a thin layer of cryoprotectant. It is possible to mount a single sperm cell on the film in the loop by micromanipulation. The cryoloop method has excellent recovery rates of frozen sperm. With a micropipette, sperm cells are loaded onto the film in the loop. The cryoloop is screwed onto the specific kind of vial (cryovial; Pic. 2), and the vial is exposed to liquid nitrogen vapor for up to 30 minutes before being plunged into liquid nitrogen for storage. Same way as the method mentioned above, it takes a lot of time and intensive labour to perform the procedure. It also requires extensive training and experience so it is no wonder that up today it is rarely practiced.

Cryopreservation of a single human sperm using a zona pellucida

This technique consists of the cryopreservation of individual spermatozoa inside an empty zona pellucida. This method requires an intensive labour and a lot of time to perform but on the other hand it offers an opportunity to retrieve and store sperm in extreme cases of male factor infertility. To gain an empty zona pellucida an oocyte must be processed in specific way. The oocyte is exposed to an enzyme called hyaluronidase to remove protective cellular layers, cumulus and corona radiata cells. This stripped oocyte is held by a holding pipette (Pic. 3) so two small holes can be drilled into it. The ooplasm filling the oocyte is aspirated by suction leaving the zona pellucida empty of all its contents. Once the zona pellucida is obtained, healthy sperm cells are selected for freezing. Any healthy sperm cell found in sample is transferred into specific medium that immobilize the cell. After that one or more (up to 15) sperm cells can be inserted into empty zona pellucida using a special kind of very thin needle called intracytoplasmic sperm injection (ICSI) needle (Pic. 3). In the next step the zona pellucida is inserted into a cryoprotectant and each single piece is put into individual straw. The heat-sealed straws are then exposed to liquid nitrogen vapour for about two hours and storage in liquid nitrogen.

Sperm freezing is part of assisted reproduction techniques commonly used for treating specific infertility related issues. Cryopreservation of sperm cells has been recognized as an efficient procedure for management of male fertility:

The negative influence of cancer treatment for the fertility may result in lowered fertilization ability or even in complete infertility of a man due to the absence of sperm cell production of damaged testicle tissue. Therefor it is reasonable to recommend such patients to store their sperm cells before the treatment using cryopreservation (for more details see Fertility preservation), so the chance of a man to conceive a child using saved sperm cells is still available. This include also those cases, when young male child still unable to produce fully developed sperm cell (spermatogenesis is still not in process) suffers from a malignant disease. Cryopreservation of a testicular tissue before cancer therapy may also offer fertility potential in the future.

Patients who have had a vasectomy for personal reasons but wish to undergo vas reconstruction surgery to regain fertility are also candidates for the cryopreservation of testicular sperm. Testicular sperm can be retrieved and cryopreserved at the time of vas re-anastomosis. This strategy ensures the availability of sperm if the reconstruction fails (probability of 20-25%) and avoids a repeat surgical sperm retrieval. Patients undergoing exploratory surgery to assess the cause of azoospermia should also be counselled to freeze testicular sperm at this time if possible, thus avoiding another surgical intervention. In fact, multiple testicular biopsies or the removal of an excessive amount of tissue can cause irreversible damage and in some cases may result in testicular atrophy and the cryopreservation once again represents a way to ensure fertilization capacity in the future.

In obstructive azoospermia, the probability of obtaining sperm from the testis is almost guaranteed. The surgical retrieval of sperm can be scheduled at the convenience of the patient, urologist, and laboratory personnel. This way, sperm cells may be cryopreserved in advance of the oocyte retrieval from the female partner. This flexibility not only avoids having to plan the testicular biopsy surgery to coincide with the egg retrieval but also avoids both partners having to undergo surgical procedures at approximately the same time.

In men with non-obstructive azoospermia, obtaining enough healthy sperm cells for cryopreservation may pose quite a challenge or may not even be possible. Non obstructive azoospermia may be caused by various cases of disorder such as a specific genetic disorder of a specific genes located on the chromosome Y, cryptorchidism, spermatic cord torsion, testicular infection/trauma, history of radiation and chemical exposure, endocrine disruption and others. The chances of healthy sperm cells retrieval for sperm freezing depends on the extent and severity of each of those causes of non-obstructive azoospermia.
It is also worth mentioning that cryopreservation is routinely performed in patients who, having to start an assisted reproduction treatment, decide to preemptively freeze the semen sample to avoid inconveniences due to failed ejaculation often associated with “semen collection stress,” certain emotional states, or other commitments at the time of oocyte retrieval.

Cryopreservation is widely known to raise impaired sperm motility. The freezing procedure of human spermatozoa may also be detrimental to the chromatin structure. However, the question of the possible alteration of sperm DNA integrity after freezing-thawing procedures is still open. There is no agreement in the literature neither on whether cryopreservation induces DNA damage nor on the amount of damage. The DNA damage done to the sperm is correlated with the specification of each type of method used to storage sperm cells. No unique and functional protocol for the freezing procedure exist up today which can be the reason why this aspect of DNA damage varies between the studies/laboratories.

Obviously the cryopreservation is not a direct medical treatment of any disease, but rather may offer a possibility to maintain fertilization and conceiving capacity of a man while infertility related disorder is being cured. It can also help to a couple and a clinic of assisted reproduction to manage better the organisation of processes united with some of the treatments planned. There is no integral commonly used protocol for sperm freezing, so the success of sperm freezing, which is determinate by usable healthy sperm obtained from a frozen sample, may vary between particular clinics of assisted reproduction. 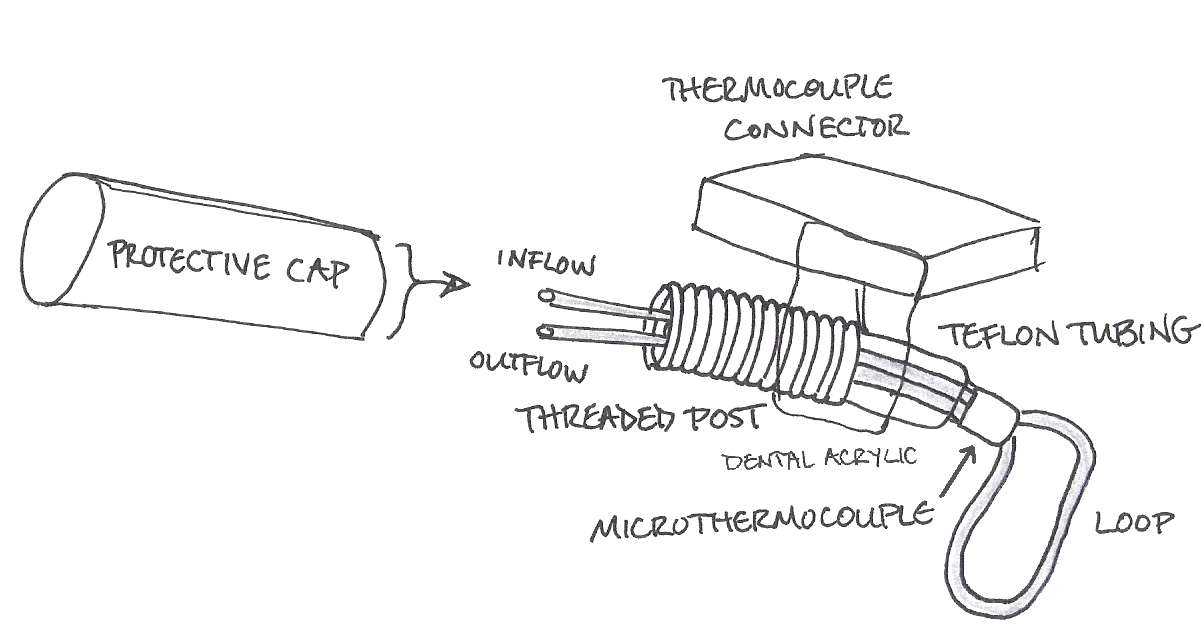 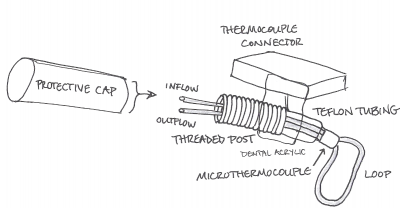 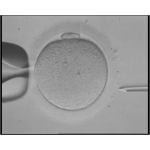 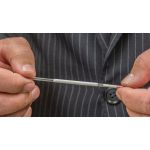