Surgical procedures which correct ejaculatory duct obstruction and lead to restoration of fertility.

Ejaculatory duct obstruction (EDO) is a congenital or acquired pathological condition which is characterized by the obstruction of one or both ejaculatory ducts. Thus, the efflux of (most constituents of) semen is not possible. It is a cause of male infertility and / or pelvic pain.

A method to treat ejaculatory duct obstruction is transurethral resection of the ejaculatory ducts (TURED). This operative procedure is relatively invasive, has some severe complications, and has led to natural pregnancies of their partners in approximately 20% of affected men.

In case of ejaculatory duct obstruction being caused by midline prostatic (Prostatic cyst is a rare disease with uncertain origin) cyst (MPC) there are several alternatives of surgical treatment. Invasive procedures include transperineal or transrectal puncture and endoscopic section of the utricle meatu. However, puncture therapy has a high recurrence rate while endoscopic incision faces persistent post-operative severe oligozoospermia (semen with a low concentration of sperm)or azoospermia (semen contains no sperm). It is possible that MPC may cause seminal vesiculitis (inflammation of the seminal vesicles) and further promote the abnormal semen quality through oppressing ejaculatory duct and causing semen stasis. Therefore, the dilation of ejaculatory duct can be performed after transurethral unroofing of the cyst. One particular study showed pregnancy rate of 41.7% and an obviously improved semen quality of 75%.

Obstruction due to cysts shows better results than that because of calcification. Men treated for either complete or partial EDO are equally likely to experience improvements in semen quality after TURED.

Complications following TURED are not very common. A disadvantage is the destruction of the valves at the openings of the ejaculatory ducts into the urethra such that urine may flow backwards into the seminal vesicles (Pic. 1). If resection is done too proximally (too close to the bladder), the bladder neck can be damaged and that is the way how retrograde ejaculation can be created (ejaculate can flow into the bladder). Resection too distally (too close to penis) can has a negative impact on the external sphincter (circular muscular layer embedding and closing the urethra when the muscle contracts) with subsequent urinary incontinence (inability to hold urine). Postoperative fibrosis may result in scarring causing reoclussion of ejaculatory duct (up to 4% of patients) . If this occurs, TURED may be required to be repeated.

It seems that  TURED procedure which is currently available for relief of ejaculatory obstruction is not ideally effective.  As stated above, in approximately 20% of affected men TURED procedure is successful and their partner can get pregnant. Only approximately one half of patients will have an improvement in semen parameters.

Usually, affected men have a normal production of spermatozoa in their testicles, so that after spermatozoa were harvested directly from the testes, or the seminal vesicles (by needle aspiration) they and their partners are potentially candidates for some treatment options of assisted reproduction e.g. in-vitro fertilisation.

Long-term relief of postcoital and perineal pain is reported in 60% of patients. 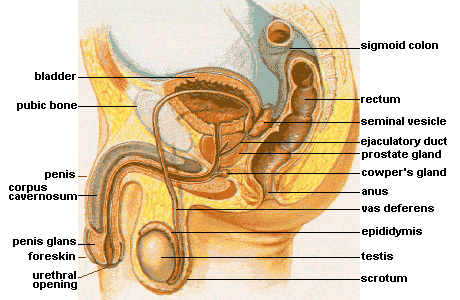 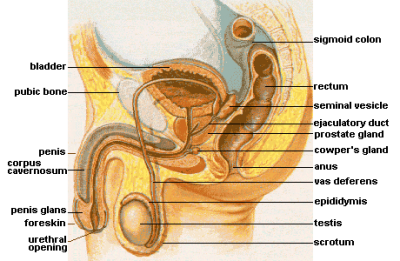