Surgical approach in the treatment of hydrocele testis.

About Surgical therapy of hydrocele testis

Surgical therapy of hydrocele testis, also called hydrocelectomy, is an operation used to treat hydrocele testis, an accumulation of clear fluid in the membranes containing the testicle (Pic. 1). Most hydroceles appearing in the first year of life seldom require treatment as they resolve without treatment. Hydroceles that persist after the first year or occur later in life require treatment through open operation for removing surgically, as these may have little tendency towards regression.

Sometimes, the surgeon will use laparoscopic approach, using a thin tube with a video camera to insert surgical instruments into the scrotum. This approach is less invasive and requires a smaller incision.

Hydrocelectomy usually takes around half an hour. After the surgery, the patient may experience pain in the scrotum that requires pain-relieving medications and applying ice to the affected area. The pain usually lasts around a week, while the swelling of the scrotum may persist for several more weeks.

Hydrocelectomy is considered the gold standard technique for the treatment of hydrocele and the minimally invasive maneuvers provide the best operative outcomes regarding scrotal edema and hardening.

An alternative to open hydrocelectomy is the removal of the accumulated fluid with a needle, called aspiration. Aspiration is practically non-invasive and does not require general anesthesia, and is the best alternative for people who have certain surgical risks. However, aspiration carries a higher risk of recurrence of the hydrocele, and increases the risk of infection. Sclerosing (thickening or hardening) medications may be injected after aspiration to close off the opening. This helps prevent the future build up of fluid.

Open hydrocelectomy prevents the recurrence of a hydrocele, and is therefore used to treat hydroceles that have reoccurred after aspiration. It is the preferred treatment method for children over two years of age and for large and painful hydroceles in adults.

Surgical hydrocelectomy is a reliable method of preventing the recurrence of hydrocele testis and is considered the gold standard technique for the treatment of hydrocele. Regarding the success rate, it was reported that the level of satisfaction was superior with hydrocelectomy when compared with aspiration and sclerotherapy due to lower incidence of recurrence.

Hydrocelectomy is generally considered a safe surgery and unless severe post-operative infection develops, the surgery is not likely to negatively affect the patient’s fertility. 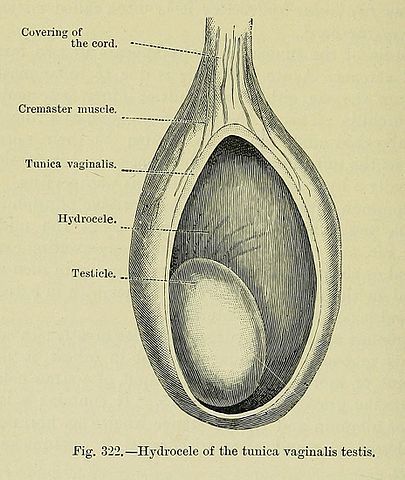 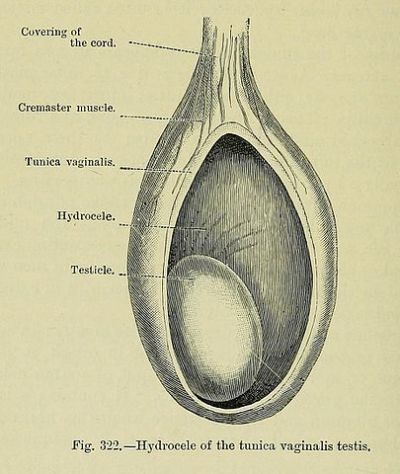 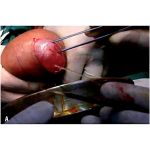