Traditional surrogacy is defined as a woman who agrees to carry a pregnancy using her own oocytes but the sperm of another couple and relinquish the child to this couple upon delivery. The surrogate is naturally or artificially inseminated via IUI, IVF or home insemination. With this method, the resulting child is genetically related to intended father and genetically related to the surrogate mother.

Gestational surrogacy, by contrast, involves a couple who undergoes IVF with their genetic gametes and then places the resultant embryo in another woman’s uterus, the gestational carrier, who will carry the pregnancy and relinquish the child to this couple upon delivery. The resulting child is genetically unrelated to the surrogate. There are several sub-types of gestational surrogacy as noted below.

Currently, the use of gestational carriers is far more common than that of surrogates.

A surrogacy contract is a contract no different to any other contract as it essentially relates to the agreement or promise made by both parties: contract law is primarily concerned with agreements that involve one party, or each party, giving an undertaking or promise to the other party. The rights and duties of the surrogate stem from two basic promises that she makes to the commissioning couple. First, she promises to be treated with the commissioning couple's genetic material (partial/full surrogacy) and carry the child to term. The surrogate will also give an assurance that she will attend regular prenatal appointments so as to ensure the health and safety of the foetus.

Secondly, the surrogate will promise to surrender all rights in the child to the commissioning couple. This latter promise may become complicated if the surrogate is married, as the law presumes that a child born to a married woman is the child of the woman and her husband. However, this presumption is rebuttable and thus, the commissioning couple should from the outset, make it a term of the contract that the surrogate and her husband explicitly agree to make no claim to the resulting child; without this statement, the intention of the parties may be undercut. Such a provision would help reduce emotional strain and the probability of litigation, and would avoid harming the child by involving it in custody proceedings.

A surrogacy arrangement based on contractual intention should not be designed to commodify offspring. Surrogacy arrangements do not deal with fungibles and must not encourage a system where children are treated as goods that may be contracted in and out of. While the notion of surrogacy could understandably figure centrally in the arena of family law, when examining the matrix of relationships embraced by surrogacy, one may see that surrogacy also has a basis in contract law. As with all contracts, they are designed to protect the interests of both parties as well as to bring to fruition, the express and implied terms of the contract. This perspective derives from the basic agreement made between the surrogate and the commissioning couple; the surrogate agrees to carry the foetus to term, for the benefit of the commissioning person/s and, the latter agree to re-compensate the surrogate for her time and expense in carrying out said procedure, of which, would not be possible without her agreement.

There are 2 types of surrogacy arrangement:

If the jurisdiction specifically prohibits surrogacy, however, and finds out about the arrangement, there may be financial and legal consequences for the parties involved. Some jurisdictions specifically prohibit only commercial and not altruistic surrogacy. Even jurisdictions that do not prohibit surrogacy may rule that surrogacy contracts (commercial, altruistic, or both) are void. If the contract is either prohibited or void, then there is no recourse if one party to the agreement has a change of heart: If a surrogate changes her mind and decides to keep the child, the intended mother has no claim to the child even if it is her genetic offspring, and the couple cannot get back any money they may have paid or reimbursed to the surrogate; if the intended parents change their mind and do not want the child after all, the surrogate cannot get any reimbursement for expenses, or any promised payment, and she will be left with legal custody of the child.

Jurisdictions that permit surrogacy sometimes offer a way for the intended mother, especially if she is also the genetic mother, to be recognized as the legal mother without going through the process of abandonment and adoption.

Often this is via a birth order in which a court rules on the legal parentage of a child. These orders usually require the consent of all parties involved, sometimes including even the husband of a married gestational surrogate. Most jurisdictions provide for only a post-birth order, often out of an unwillingness to force the surrogate mother to give up parental rights if she changes her mind after the birth.

Additionally, the rights of the surrogate or gestational carrier to not relinquish the infant following deliver are not well described.

Countries where a commercial surrogacy is legal and a woman could be paid to carry another's child through IVF and embryo transfer included Georgia, Russia, Thailand, Ukraine and a few US states.

Intended parents may seek a surrogacy arrangement when either pregnancy is medically impossible, women have non-functional or absent reproductive organs, pregnancy is contraindicated or is a same sex couple's preferred method of procreation.

Some reports indicate that surrogate mothers experience multiple pregnancy, preterm labor, hysterectomy because of placenta accreta or rupture of uterus, pregnancy-induced hypertension, disturbance of glucose metabolism,and elective cesarean section that need specific prenatal care during pregnancy. Moreover, studies have shown that handover of the baby after delivery might cause psychologic stress and promote psychologic problems in surrogate mothers. The surrogate mothers might form a close bond with the baby in prenatal period and therefore, might have an increased risk of postpartum depression and feelings of guilt or anger.

Surrogate pregnancy should be considered as a high-risk psychologic experience. Hence, it is recommended that surrogates receive professional counseling before, during, and after pregnancy. Surrogate mother should be followed during their pregnancies by qualified obstetricians and perinatologists experienced with high-risk pregnancies. Moreover, precise counseling and notifying the volunteer women for surrogacy about the path ahead could help them to pass this period as appositive experience with a sense of helping and altruism toward the commissioning couples.

It is very important to know a surrogacy legality in your country. In some countries (e.g. Australia, Canada, the US), there exists an established legal process for the repatriation of a child produced abroad via commercial surrogacy, without any penalty for the domestic regulation that that reproduction seemingly violated.

There is the possibility that financial pressures could lead to exploitation and commoidification of the service. Regulation of surrogates and gestational carriers varies widely from nation to nation and even within regions of individual countries. Due to these financial and legal considerations, international surrogacy has emerged as an emerging industry, especially in developing nations. 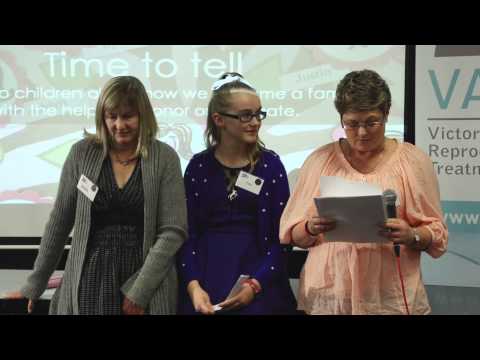 The removal of the ovaries.