TESE is an invasive procedure and should be done with the intention of treatment. Sperm retrieval procedures are associated with uncertainties and high costs. In general, microdissection TESE or open biopsy are more successful than needle aspiration. Anyway, the prognostic factors of sperm retrieval are important to understand. They have included testis size, follicle stimulating hormone (FSH), inhibin beta, the etiology of infertility, and genetic alterations; however, the histological testicular pattern remains the best predictor of sperm retrieval, although with the inconvenience of a second invasive procedure.

The probability of sperm retrieval in non-obstructive azoospermia (NOA) is dependent on two factors, namely the etiology of NOA and the surgical approach.

In general, the total number of sperm retrieved in NOA is significantly less than that obtained in OA. In approximately 13% of men diagnosed with NOA, the failure of spermatogenesis may be attributed to Y chromosome microdeletions. The probability of retrieving spermatozoa in men who have microdeletions in the AZFa and/or AZFb regions is close to zero, whereas men with AZFc microdeletions have an approximately 70% chance of having enough sperm available for ICSI. Although the reports detailing the rates of testicular sperm retrieval in men with NOA range from 14 87%, a conservative estimate of an overall 50-60% chance of successful sperm retrieval is appropriate.

No reliable positive prognostic factors guarantee sperm recovery for patients with non obstructive azoospermia. Serum inhibin-B weakly indicates presence of sperm cells in the testes, raising chances for successfully achieving pregnancy through TESE, although the association is not very substantial, having a sensitivity of 0.65 and a specificity of 0.83 for prediction the presence of sperm in the testes in non-obstructive azoospermia. Seminal plasma proteins TEX101 and ECM1 were recently proposed for the differential diagnosis of azoospermia forms and subtypes, and for prediction of TESE outcome.

After TESE, part of the freshly retrieved sperm may be stored for later use. The cryopreservation of sperm in general results in a decrease in post-thaw motility and vitality. This loss of viability can be of great concern in NOA because of the low number of sperm available; however, unique approaches to the freezing of single/individual sperm now offer excellent post-thaw recoveries.

Another important fact, which should be considered in the context of TESE is an increased incidence of sperm chromosome abnormalities in men with oligoasthenoteratozoospermia. Interestingly, a comparison of aneuploidy frequency between embryos derived from testicular sperm from men with OA and from those with NOA revealed no difference between the two groups, suggesting the chromosomal normalcy of the testicular sperm. However, a study comparing surgically retrieved versus ejaculated sperm showed a significantly higher incidence of chromosomal abnormalities in surgically retrieved sperm from men with OA and NOA compared with normospermic ejaculated sperm. Despite differences in the study designs that make any comparison of outcome results between OA and NOA difficult, it appears that if sperm are retrieved and viable gametes are available for ICSI, the fertilization, implantation, and pregnancy rates resulting from the use of fresh sperm from men with NOA are in line with those resulting from the use of sperm from men with OA. Therefore, the cryopreservation of sperm does not affect the fertilization and pregnancy outcomes.

The major drawback of open biopsy, from the point of view of the patient, is the size of the wound and the healing time compared with other forms of aspiration, namely needle aspiration. Patients with NOA often have decreased testicular volumes, and multiple biopsies with the excision of excessive testicular parenchyma carry the risk of irreversible damage and atrophy.

The number of sperm retrieved for cryopreservation in NOA patients may be extremely low, the loss of a few sperm during the freeze/thaw cycle can be significant and is a very real disadvantage.

The treatment of the female partner of NOA patients with gonadotropins in anticipation of oocyte retrieval and ICSI may be unnecessary in up to 50% of patients, as it is possible that no sperm may be available following the testicular biopsy. An exploratory testicular biopsy surgery with "possible testicular sperm freeze" is a valid option and should be offered to the couple. If there is evidence of rare sporadic hypo-spermatogenesis in the seminiferous tubules, the few spermatozoa that are retrieved may be frozen at this time. If it is doubtful whether enough spermatozoa will be available for ICSI post-thaw, the couple may be advised to undergo a fresh biopsy on the day before or on the morning of oocyte retrieval. Couples hesitant to undergo a repeat biopsy may be offered donor sperm as a back-up in case the number of mature oocytes exceeds the number of available viable testicular sperm for ICSI. 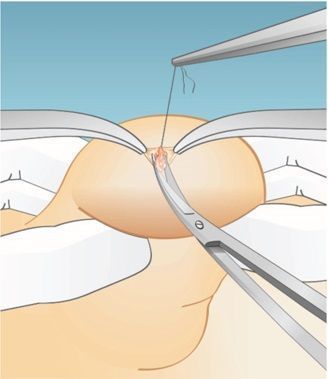 A surgery, which is performed in inguinal part of the body. 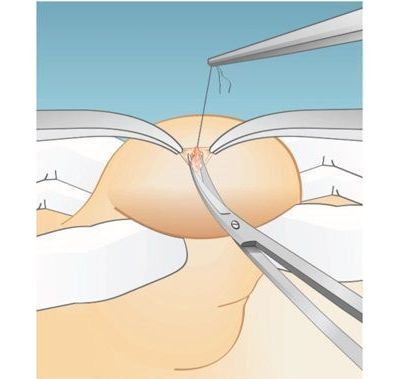