A surgical procedure that can restore fertility to women after a tubal ligation.

Tubal reversal surgical treatment is a surgery that's straighten out by women for a number of reasons. Some are to have fertility restored after having tubes tied (tubal ligation), to possess a tubal ligation reversed because of religious convictions as well as for relief of Post Tubal Ligation Syndrome (abnormal bleeding and/or pain, changes in sexual behavior and emotional health, increased premenstrual distress). In some cases, however, the separated segments cannot actually be reattached to each other. In some cases the remaining segment of tube needs to be reimplanted into the uterus (a "tubal reimplantation"). In other cases, when the end of the tube (the "fimbria") has been removed, a procedure called a neofimbrioplasty must be performed to recreate a functional end of the tube which can then act like the missing fimbria and retrieve the egg that has been released during ovulation.

Tubal reversal surgeries require the techniques of microsurgery to open and reconnect the fallopian tube segments that remain after a tubal sterilization, reimplant remaining segments, or create new fimbria.

Following a tubal ligation, there are usually two remaining fallopian tube segments - the proximal (close) tubal segment that emerges from the uterus and the distal (far) tubal segment that ends with the fimbria next to the ovary. After opening the blocked ends of the remaining tubal segments, a variety of microsurgical techniques are utilized to recreate a functional tube. The newly created tubal openings are drawn next to each other by placing sutures in the connective tissue that lies beneath the fallopian tubes (mesosalpinx). The retention suture prevents the tubal segments from pulling apart while the tube heals. Microsurgical sutures are used to precisely align the tubal lumens (inside canal of tube), the muscular portion (muscularis externa), and the outer layer (serosa) of the tube. Most surgeons try to avoid the use of stents which can damage the delicate cilia that line the tube and create the flow of fluid that is needed to push the egg and embryo into the uterus. Other surgeons use a narrow flexible stent to gently thread through the tubal segments or into the uterine cavity in order to line up the tubes in order to reconnect them. In either case, once the microsurgical repair is completed dye is injected through the cervix into the uterus and out through the tubes to ensure that the fallopian tube is open from the uterine cavity to its fimbrial end. The surgeons who use stents then gently withdraw them from the fimbrial end of the tube after the repair is completed.

In a small percentage of cases, a tubal ligation procedure leaves only the distal (far) portion of the fallopian tube and no proximal (close) tubal segment. This can occur when any method of tubal ligation has been applied to the isthmic segment of the fallopian tube as it emerges from the uterus. In this situation, a new opening can be created through the uterine muscle and the remaining tubal segment inserted into the uterine cavity. This microsurgical procedure is called tubal reimplantation.

Fimbriectomy is a very uncommon type of tubal ligation that is performed by removing the end (fimbria) of the fallopian tube leaving only the tubal segment attached to the uterus. After fimbriectomy, if the remaining tubal segment is long enough, the end of the tube can be opened and "new" fimbria can be created by a procedure called a neofimbrioplasty. These "new" fimbria are not actually fimbria, but they are the cilia from the inside of the fallopian tube that have been exposed by everting the tubal lumen much like the petals of a rose are exposed once the rose blooms. These "new" fimbria are much less effective at collecting (catching) an egg that has been released from the ovary than the real fimbria that had been removed during the fimbriectomy performed by the surgeon who did the original tubal ligation. During a neofimbrioplasty the tubal end is opened and folded back (marsupialized) so that the tubal end remains open and exposing the internal lining of the tube.

Mini-laparotomy for tubal reversal surgery involves making a small, 2 to 3 inch (5 to 7.5 cm) incision in the abdominal wall just above the pubic bone after shaving the hair with a sterile hair clipper. The size and location of the incision as well as the plastic surgery techniques used to close it make the thin scar nearly invisible after it has healed. Atraumatic surgical techniques involve the use of local anesthesia at the incision site and other tissues operated upon. This makes the surgery comfortable and minimizes post-operative pain. As opposed to standard operative methods, avoiding the use of surgical retractors and packs, constantly irrigating tissues to keep them moist and at body temperature, and operating under magnification throughout the procedure results in very rapid patient recovery. Operating with microsurgical instruments allows precision in suturing of the tubal segments.

In this process, the area of the tubes which was occluded is removed, leaving only open, healthy tube. These open, healthy, tubal segments are then connected. A multilayer, micro surgical technique is used to suture these segments together. After the tubes are repaired, a chromopertubation is performed wherein dye is injected into the uterus. This dye is passed through the repaired tubes to ensure that the tubes are open. The entire surgery is performed through a small incision of about 3 to 4 inches (7.5 to 10 cm) just at the uppermost part of the hair line. It is very important to note that either failing to properly align the tubal segments, or damaging these delicate structures, can make the difference between a successful and an unsuccessful operation

After general anesthesia has been administered, a 5mm tube (trocar) is inserted inside the navel, and a special gas is pumped into the abdomen to create enough space to perform the operation safely and precisely. The laparoscope (a telescope), attached to a camera, is brought into the abdomen through the same tube, and the pelvis and abdomen are thoroughly inspected. The fallopian tubes are evaluated and the obstruction (ligation, burn, ring, or clip) is examined. Three small instruments are used to remove the occlusion and prepare the two segments of the tube to be reconnected.

Once the connection (anastomosis) is completed, a blue dye is injected through the cervix, traveling through the uterus and tubes, all the way to the abdomen. This is to make sure the tubes have been aligned properly and that the connection is working well.

Reversal of Essure sterilization requires the blocked isthmic portion of the tube be bypassed by tubouterine implantation as described above.

Adiana sterilization reversal
Adiana sterilization is a hysteroscopic tubal occlusion procedure, which is very similar to Essure sterilization. The Adiana procedure involves inserting a small camera (hysteroscope) through the cervix and into the uterine cavity. A smaller catheter is inserted into the tubal ostia. The catheter emits radiowaves (microwaves). The radiowaves cause injury to the tubal lining and will result in the tube gradually closing. Prior to removal of the catheter a small silicone stent is left inside the isthmic portion of the tube and this promotes tubal closure by the acceleration of the tubal scarring.

Tubal reversal success rates vary widely depending upon many factors. These include the women's ages, methods of tubal ligation that they had performed, experience of the surgeon and techniques for repairing the tubes, length of follow-up after reversal surgery among other factors.

Patients should wait two months prior to attempting pregnancy in order to give the tubes a chance to heal completely. Trying to conceive before could result in an increased risk of ectopic pregnancy (pregnancy inside the fallopian tube instead of in the uterus). 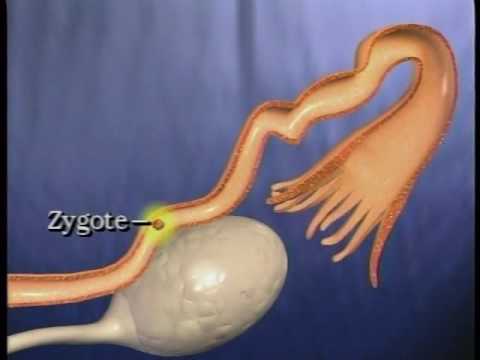