Surgical correction of a varicocele involving ligation of testicular veins.

Varicocelectomy is the surgical correction of a varicocele performed on an outpatient basis. It involves ligation of testicular veins. Access to the veins can be gained through subinguinal, transinguinal, or suprainguinal incision. This operation can be done by open, laparoscopic, microscopic, or embolization unilaterally or bilaterally. Whereas interventional radiologists percutaneously treat varicoceles using sclerotherapy or angioembolization, andrologists use open or endoscopic surgery. Open surgery can be performed via inguinal, subinguinal, or retroperitoneal approaches, with or without microscopic assistance. Retroperitoneal laparoscopic surgery is being replaced by inguinal robot-assisted procedures at some centers.
The inguinal approach has lower recurrence rates and allows the lymphatic vessels to be preserved. Because this technique involves opening the inguinal canal, however, patients must wait longer after the operation before returning to work. The subinguinal approach follows the same principals as the inguinal approach, but is performed through an incision below the external inguinal ring. Because this technique obviates the need to open the aponeurosis of the external oblique, it causes less pain. Most experts prefer the microsurgical subinguinal or inguinal varicocelectomy. The use of an operating microscope providing magnification up to 25x allows preservation of the testicular artery as well as the lymphatic vessels. This translates to a lower incidence of hydrocele and reduced risk of persistence or varicocele recurrence. Studies also indicate that a microsurgical approach to a varicocele repair results in less recurrence and fewer complications than other techniques.

Detailed description of the two most commonly used varicocelectomy techniques is listed below.

Scrotal microsurgical bilateral varicocelectomy:
Under local anesthesia, a single incision is made on the median raphe, rather than two incisions at the root of the two hemiscrotums (Pic. 1). Dartos fascia is open, and left testis is exposed by opening the tunica vaginalis in order to remove serous fluid given by a hydrocele. A resection and eversion of the tunica vaginalis is performed (Pic. 2). Using two Farabeuf retractors the left spermatic cord is exposed more proximally until the external inguinal ring and at this level the cremasteric and internal spermatic fascia are opened longitudinally with the exposure of the testicular vein. In this case it is performed an en block ligation of the anterior spermatic venous plexus using an absorbable suture (Pic. 3). Preserving the cremasteric and deferential arteries is enough to supply vascularization to the testis in cases where the testicular artery is damaged. Cremasteric fascia is closed using an absorbable suture. The same procedure is performed on the right testis (Pic. 4, 5, and 6). Dartos fascia is sutured using a continuous running suture. Skin is closed using 3 stiches in nonabsorbable suture (Pic. 7).

Surgery for both testis last 30 minutes.

Laparoscopic varicocelectomy:
Laparoscopy was applied in 1991 as a less invasive method in the treatment of Varicocele. It has the advantage of isolating spermatic vein in proximal, near its drainage point to left renal vein. In this layer only one or two big veins exist and some of them have to be closed, and testicular artery is not damaged and it is often separated from vein. Varicoselectomy laparoscopy is done trans-peritoneally in general, but retroperitoneal and extra peritoneal cases have been also described.

In laparoscopy method 3 trocars, one under umbilicus and 2 down on left and right side are used to enter the abdomen. The posterior lateral peritoneal or spermatic anterior cord is opened, the peritoneal is set aside and after getting and separating the spermatic veins, the veins are closed. Dram 29 used in the open surgery method means that transverse incision is used in inside and down the anterior superior iliac spines and is expanded inside; the outside muscle fascia is cut. The internal muscle is set aside so that the spermatic veins about the inner rings can be identified. The identified spermatic veins are closed and separated.

Varicocelectomy is performed on an outpatient basis. Ice packs should be kept to the area for the first 2 days after surgery to reduce swelling. The patient may be advised to wear a scrotal support for some time after surgery.

Surgical treatment is generally reserved for those with symptomatic varicocele, a discrepancy in testicular size or marked semen abnormalities in patients with a palpable varicocele at rest. There are also non-invasive natural treatment options that may relieve symptoms.

The testicular histopathology may predict the success of varicocele repair. The value of varicocele repair in men with azoospermia and the Sertolli cell-only pattern is questionable. In patients with non-obstructive azoospermia, the testicular histology is often heterogeneous, so a single testis biopsy may not indicate the overall testis histology. Therefore, azoospermic patients with the Sertolli cell-only pattern based on a single large testis biopsy may exhibit improvements in their semen quality following varicocelectomy.

A meta-analysis in 2011 of the available literature concluded that varicocelectomy improves sperm parameters (count and total and progressive motility), reduces sperm DNA damage and seminal oxidative stress, and improves sperm ultramorphology. Surgical varicocelectomy was found to improve the total sperm motility counts even in patients with azoospermia and to improve the spontaneous pregnancy rates especially in patients who have a total motile sperm count more than five million. The duration of infertility correlates negatively with the improvement in the total sperm count and the spontaneous pregnancy rates after varicocelectomy. Therefore, duration of infertility should be considerd in treating a patient with a varicocele as a cause of infertility. Although there are studies showing improvement in sperm quality in 57%, there are also studies showing that the regular surgery has no significant effect on infertility. Thus the surgery may not improve fertility and the patient will need to undergo a nonsurgical treatment.

Possible complications of this procedure include hematoma (bleeding into tissues), hydrocele (accumulation of fluid around the affected testicle), infection, or injury to the scrotal tissue or structures. In addition, injury to the artery that supplies the testicle may occur.
Overall, complications following varicocelectomy are rare. Hydrocele is the most common complication after a non-microscopic varicocelectomy, and it occurs in approximately 7% of cases. However, the use of a magnifying microscope to identify and preserve lymphatic vessels can virtually eliminate the incidence of hydrocele following varicocelectomy.

Varicoceles are very common in infertile males and exhibit a progressive pathology. Although the precise pathophysiology remains unknown, varicocele repair can successfully reverse the negative effects of varicoceles on testicular function (see Tab. 1 - 3). Although the role of varicocele repair in non-obstructive azoospermia patients has been evaluated in several studies, the value of varicocelectomy in these cases remains unclear. Varicocelectomy not only results in the induction of spermatogenesis, rendering testicular sperm extraction/ retrieval unnecessary but also increases the micro-TESE sperm-retrieval rate in men who remain azoospermic following varicocele repair. However, because of the possibility of azoospermia relapse following an initial post-varicocelectomy improvement in the semen quality, patients should be informed of the option for sperm cryopreservation. 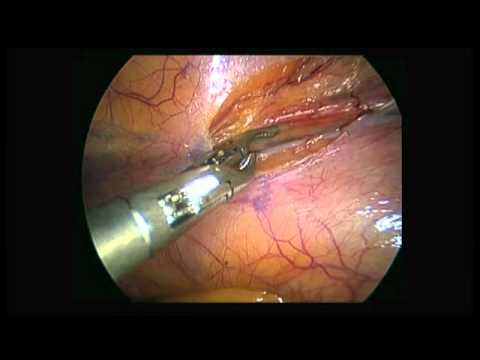