Intrauterine insemination (IUI) as a type of artificial insemination involves the placement of sperm directly into the uterus at the time of ovulation, either in a natural menstrual cycle or following ovarian stimulation. The process allows the concentration of sperm in a small volume of culture media and then the concentrated sperm is placed into the uterus through a transcervical catheter. IUI has the advantages of being less invasive and more affordable than other assisted reproduction techniques such as IVF. IUI theoretically allows a relatively higher number of motile sperm to reach the oocyte. The rationale for washing sperm is to remove prostaglandins, infectious agents, and antigenic proteins as well as to remove immotile spermatozoa, leucocytes, and immature germ cells.

Unlike intracervical insemination, intrauterine insemination normally requires a medical practitioner to perform the procedure (see Tab. 1). A female under 30 years of age has optimal chances with IUI; for the man, a total motile sperm count of more than 5 million per ml is optimal. In practice, donor sperm will satisfy these criteria. A promising cycle is one that offers two follicles measuring more than 16 mm, and estrogen of more than 500 pg/mL on the day of hCG administration. A short period of ejaculatory abstinence before intrauterine insemination is associated with higher pregnancy rates. However, GnRH agonist administration at the time of implantation does not improve pregnancy outcome in IUI cycles according to a randomized controlled trial.

Before artificial insemination is turned to as the solution to impregnate a woman, doctors will require an examination of both the male and female involved in order to remove any and all physical hindrances that are preventing them from naturally achieving a pregnancy. The couple is also given a fertility test to determine the motility, number, and viability of the male's sperm and the success of the female's ovulation (see Tab. 2). From these tests, the doctor may or may not recommend a form of artificial insemination (intrauterine insemination or intracervical insemination).

The sperm used in artificial insemination may be provided by either the woman's partner sperm or by a sperm donation (donor sperm). Though there may be legal, religious and cultural differences in these and other characterizations, the manner in which the sperm is actually used in artifical insemination would be the same, If the procedure is successful, the woman will conceive and carry a baby to term in the normal manner (see Tab. 1). A pregnancy resulting from artificial insemination will be no different from a pregnancy achieved by sexual intercourse. In all cases, the woman would be the biological mother of any child produced by AI, and the male whose sperm is used would be the biological father.

Timing is critical, as the window and opportunity for fertilization is little more than twelve hours from the release of the ovum. To increase the chance of success, the woman's menstrual cycle is closely observed, often using ovulation kits, ultrasounds or blood tests, such as basal body temperature tests over, noting the color and texture of the vaginal mucus, and the softness of the nose of her cervix. To improve the success rate of artifical insemination, drugs to create a stimulated cycle may be used, but the use of such drugs also results in an increased chance of a multiple birth.

Sperm can be provided fresh or washed. The washing of sperm increases the chances of fertilization. Pre- and post-concentration of motile sperm is counted.

When ovarian stimulation is used, patients underwent afirst cycle with orally administered 50 mg/day clomiphene citrate, from days 3 to 7 of the menstrual cycle, along with subcutaneous human menopausal gonadotropin or recombinant FSH at days 3, 5 and 7 of the cycle. The follicular development is monitored by transvaginal ultrasound at days 2 (basal) and 8 of the cycle. Subsequently, daily monitoring is performed until follicular diameter measured 18 to 20 mm and thickness of the endometrium was greater than 7 mm. When one or (at most) three follicles measured the expected mean diameter, hCG or recombinant hCG is administered. IUI is scheduled 36 to 40 hours after hCG or r-hCG administration and confirmation of follicular rupture.

The patient is on bed rest for 20 minutes, and the supplementation of the luteal phase is administered orally with natural progesterone at a dose of 200 mg every 12 h from the day after IUI until confirmation of the embryonic heartbeat using an ultrasound.

Some countries restrict artificial insemination in a variety of ways. For example, some countries do not permit AI for single women, and some Muslim countries do not permit the use of donor sperm. As of May 2013, the following European countries permit medically assisted AI for single women: Armenia, Belarus, Belgium, Bulgaria, Cyprus, Denmark, Estonia, Finland, Germany, Greece, Hungary, Iceland, Republic of Ireland, Latvia, Republic of Macedonia, Moldova, Montenegro, Netherlands, Romania, Russia, Spain, Ukraine, United Kingdom.

In vitro fertilization (IVF) is a process by which an egg is fertilised by sperm outside the body: in vitro . The process involves monitoring and stimulating a woman's ovulatory process, removing an ovum or ova (egg or eggs) from the woman's ovaries and letting sperm fertilise them in a liquid in a laboratory. The fertilised egg (zygote) is cultured for 2–6 days in a growth medium and is then implanted in the same or another woman's uterus, with the intention of establishing a successful pregnancy.

IVF techniques can be used in different types of situations. It is a technique of assisted reproductive technology for treatment of infertility. IVF techniques are also employed in gestational surrogacy, in which case the fertilised egg is implanted into a surrogate's uterus, and the resulting child is genetically unrelated to the surrogate. In some situations, donated eggs or sperms may be used. Some countries ban or otherwise regulate the availability of IVF treatment, giving raise to fertility tourism. Restrictions on availability of IVF include to single females, to lesbians and to surrogacy arrangements. Due to the costs of the procedure, IVF is mostly attempted only after less expensive options have failed.

The first successful birth of a "test tube baby", Louise Brown, occurred in 1978. Louise Brown was born as a result of natural cycle IVF where no stimulation was made. Robert G. Edwards, the physiologist who developed the treatment, was awarded the Nobel Prize in Physiology or Medicine in 2010. With egg donation and IVF, women who are past their reproductive years or menopause can still become pregnant. Adriana Iliescu held the record as the oldest woman to give birth using IVF and donated egg, when she gave birth in 2004 at the age of 66, a record passed in 2006.

The cervical mucus is a jelly-like substance produced by minute glands in the cervical canal. It changes in consistency and composition with the menstrual cycle. Just before ovulation and under the effect of the hormone estrogen it becomes very watery and copious to allow the sperm to swim through it. After ovulation and under the effect of progesterone, the mucus becomes thick and sticky, which render it impenetrable to the sperm. Once the sperm are in the mucus, they can stay there for a few days. Thus the mucus acts as a sperm reservoir.

The mucus is too sticky and thick (and there is not enough of it to allow sperm to swim through). This may be due to poor estrogen stimulation of the cervical glands (e.g. wrong timing of the test or lack of ovulation) or poor functioning cervical glands due to infection or damage caused by surgery, as may occur after cone biopsy. 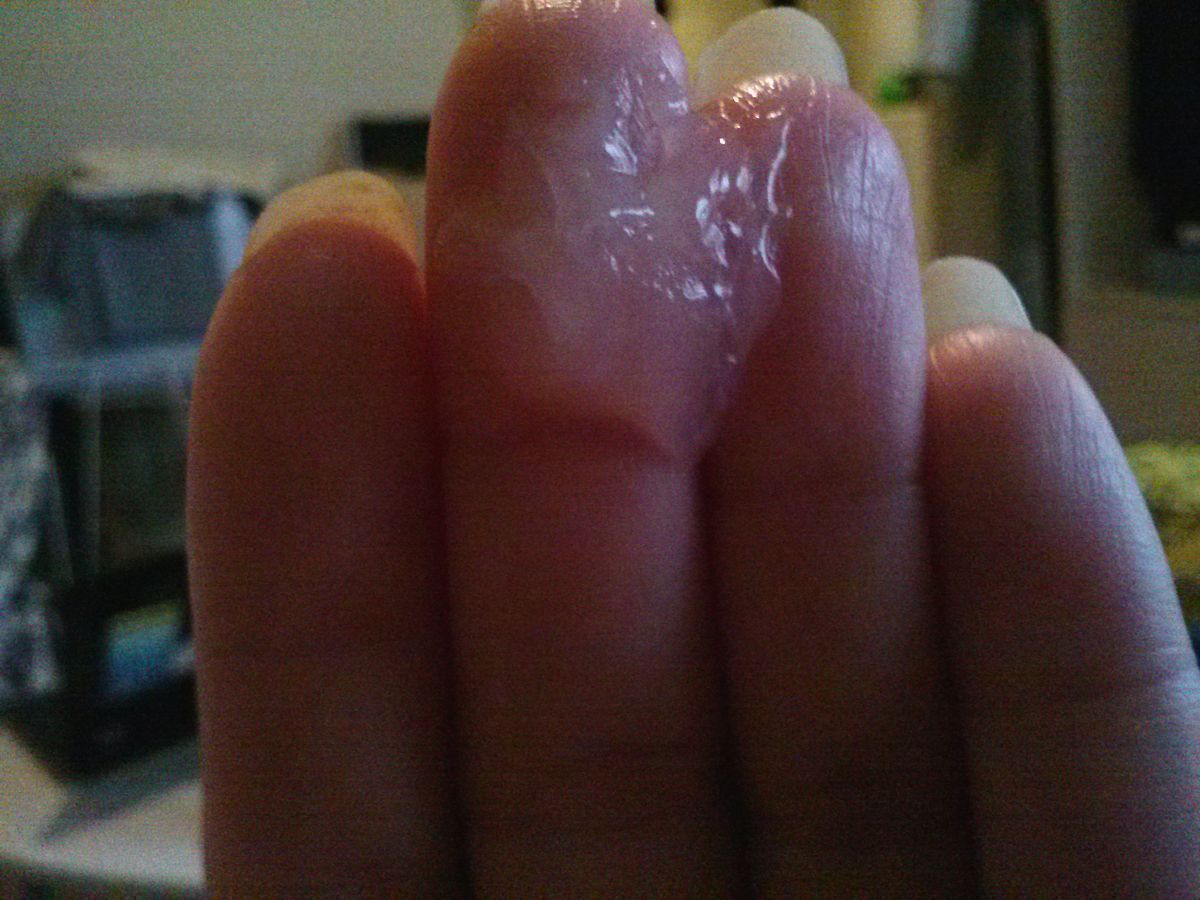