Spinal cord injury occurs most often to young men. Following SCI, most men are infertile due to a combination of erectile dysfunction, ejaculatory dysfunction and semen abnormalities. Erectile dysfunction may be treated by the same therapies that are used in the general population. Similarly, the same treatments that are effective to assist conception in couples with non-SCI male factor patients are effective in assisting conception in SCI male-factor patients. The most apparent differences in male-factor symptoms between SCI and non-SCI patients are the high occurrences of anejaculation and atypical semen profiles in men with SCI.

Women's fertility is not usually affected, although precautions must be taken for safe pregnancy and delivery.

The numbers of women with SCI giving birth and having healthy babies are increasing. Around a half to two-thirds of women with SCI report they might want to have children, and 14–20% do get pregnant at least once. Although female fertility is not usually permanently reduced by SCI, there is a stress response that can happen immediately post-injury that alters levels of fertility-related hormones in the body. In about half of women, menstruation stops after the injury but then returns within an average of five months—it returns within a year for a large majority.

Pregnancy is associated with greater-than-normal risks in women with SCI, among them increased risk of deep vein thrombosis, respiratory infection, and urinary tract infection. Assistive devices may need to be altered and medications changed. For women with injuries above T6 , a risk during labor and delivery that threatens both mother and fetus is autonomic dysreflexia, in which the blood pressure increases to dangerous levels high enough to cause potentially deadly stroke.

Reduced sensation in the pelvic area means women with SCI usually have less painful delivery; in fact, they may fail to realize when they go into labor. If there are deformities in the pelvis or spine caesarian section may be necessary. Babies of women with SCI are more likely to be born prematurely, and, premature or not, they are more likely to be small for their gestational time. 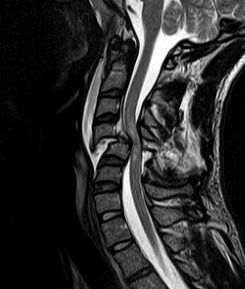