Surgery of the urinary tract treatments

How can Surgery of the urinary tract affect fertility

Operation which have impact on fertility varies depending of sex.

One of the possible threat in males is surgery of prostate, urinary bladder and urethra. All of them can caused retrograde ejaculation or erectile dysfunction (the inability to get and maintain an erection). Any surgery of genitourinary tract of male can lead to inflammation. The most dangerous for fertility is orchitis (inflammation of testicles). Special case is restoration of fertility after vasectomy. The procedure, which can help is called vasectomy reversal.

Surgeries of woman’s genitourinary tract are not strictly associated with infertility. One field of female urology is speciallized on genital prolapse (occurs when there is descent of one or more of the pelvic organs including the uterus, bladder, rectum, small or large bowel, or vaginal vault) which must be removed if woman wants to became pregnant in the future.

Males with retrograde ejaculation are not irreversibly infertile because sperms are presented in urine and it is possible to isolate them with the help of assisted reproduction techniques.

The procedure includes adjustment of the osmolarity (the measure of solute concentration per unit volume of solvent) of the patient's urine by drinking water. The small amount of antegrade-produced ejaculate is collected in a plastic beaker, while the retrograde fraction of the ejaculate needs to be urinated immediately into a jar with culture medium containing human serum albumin to dilute the urine.

Finally, the urine/medium mixture has to be centrifuged, resuspended and filtrated on the glass wool column where sperms are separated. When the sperm is isolate than it could be injected directly into the egg (which is maintained from woman by transvaginal oocyte retrieval). The following procedure is in vitro fertilization (IVF).

It is characterized by the regular or repeated inability to obtain or maintain an erection during sexual intercourse. Even with an erection problem, a man may still have sexual desire and be able to have an orgasm and to ejaculate. But without erection, the semen cannot be inserted to the vagina naturally so the conception is not possible.

Only option is to use methodes of assisted reproduction such as insemination or IVF.

Orchitis could cause azoospermia (no sperm in semen), most likely due to testicular tissue necrosis (a kind of cell death).

Substantial necrotic changes seen in Sertoli cells (a nurse cell of the testicles that helps in the process of sperm development) contribute to impaired spermatogenesis (development of sperms) by loss of function in supporting the dependent germ cells.

During vasectomy, the male vas deferens are severed and then tied/sealed in a manner so as to prevent sperm from entering into the seminal stream (ejaculate) and thereby prevent fertilization. 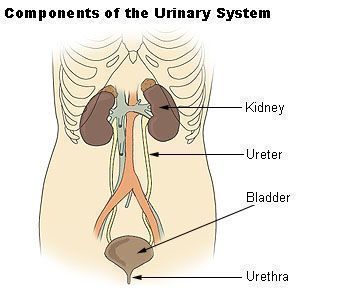