Up to 40% of women with a urogenital tract anomaly also have an associated renal tract anomaly. This occurs due to similar embryologic origins of both the renal and the genital systems. Unilateral renal agenesis may be associated with an increased incidence of Müllerian duct (Pic. 2) abnormalities, which are abnormalities of the development of the female reproductive tract and can be a cause of infertility, blocked menstrual flow (hematocolpos), increased need for Caesarean sections, or other problems. Herlyn-Werner-Wunderlich syndrome is one such syndrome in which unilaterial renal agenesis is combined with a blind hemivagina (defective lateral fusion of the caudal portions of the müllerian ducts during weeks 8 to 12 of pregnancy) and uterus didelphys (uterus present as a paired organ).

The incidence of uterine malformation leads to impaired fertility and a number of obstetric complications such as threatening preterm delivery pelvic and transverse presentation, premature departure of amniotic fluid, intrauterine growth restriction, threatening rupture of the uterus, caesarean section. Nevertheless, some defects may be asymptomatic and diagnosed in later in life, during investigation of infertility or recurrent miscarriage.

Unilateral renal agenesis may be associated with a rare condition called congenital absence of the vas deference (CAVD). Congenital absence of the vas deferens means that the vasa deferentia which connect the sperm-producing testicles to penis (Pic. 3) are not formed at birth. Therefore, those who are missing both vas deferens are typically able to create sperm but are unable to transport them appropriately. Their semen does not contain sperm, a condition known as azoospermia. It may either be unilateral (CUAVD; missing one vas deferens) or bilateral (CBAVD; missing both vas deferens). 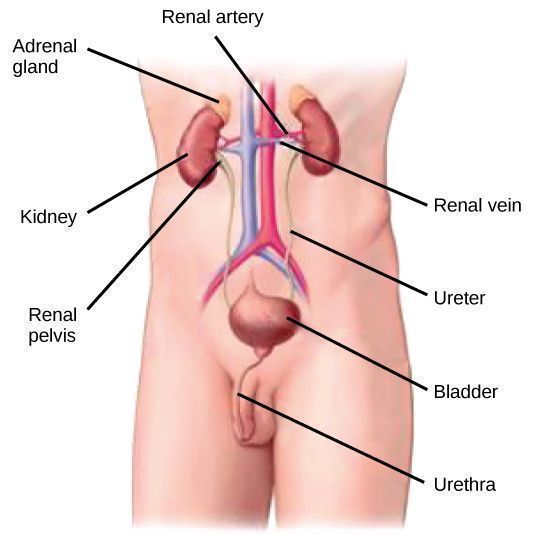